Wow what a party!

It’s been a real party atmosphere this week, with celebrations and recognising talent all the way.

On Tuesday Councillor Jones attended the annual Bedfordshire Games for Disabled People. Over 200 competitors took park in a mixture of field and track events at the Bedford Athletic Track. She presented medals throughout the day to those who came first, second and third. To see such excitement, determination amongst those competing was lovely. Cllr. Jones took part in a walking race at the end of the day with the Mayor of Luton and other dignitaries with the crowd cheering us on…. she won! 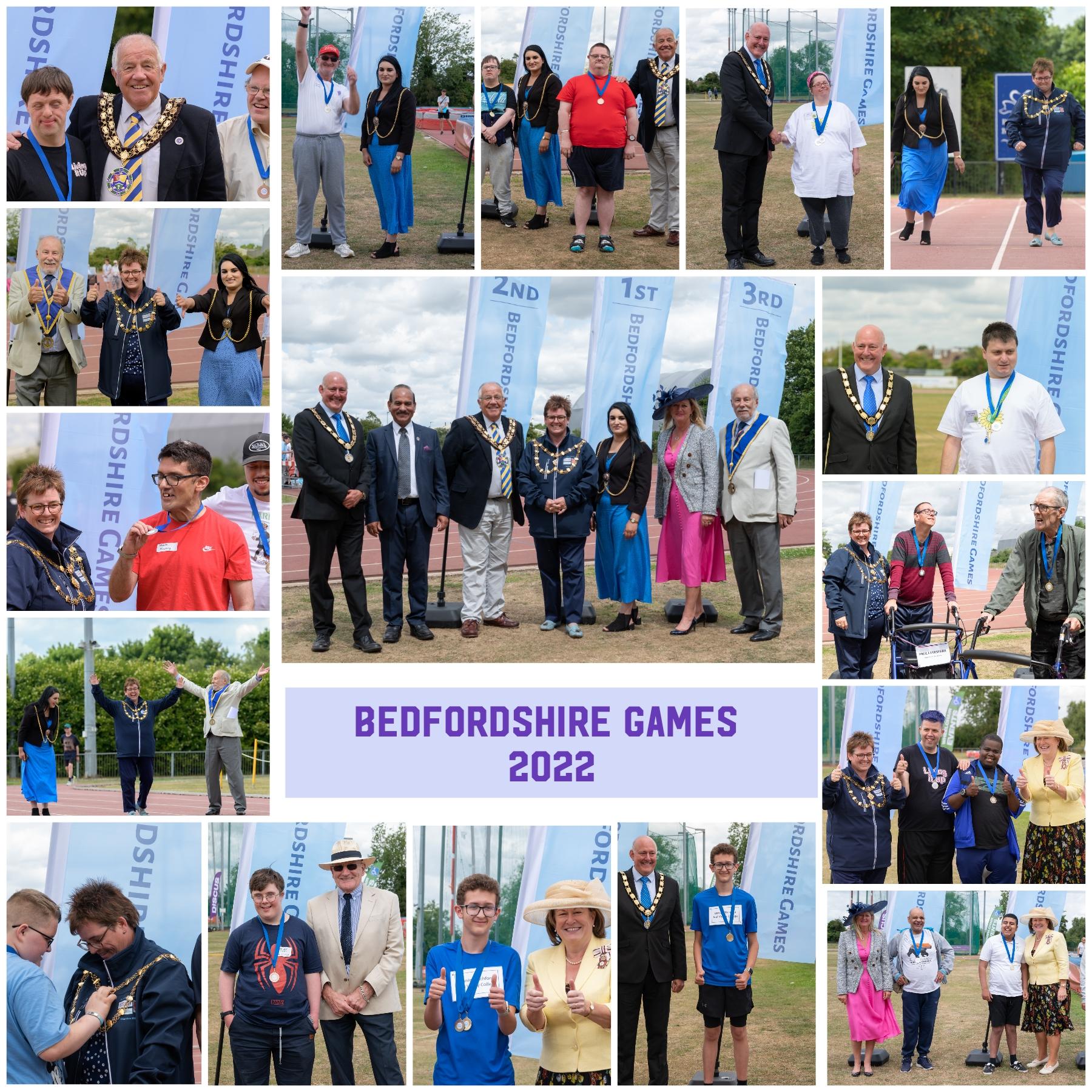 On Wednesday it was the turn of The Good, The Bad and The Ugly project and this time it was presented to Cllr. Jones and her Deputy by local business owners and the Cultural Consortium. Some very good ideas that can be considered in the future for further development in our town.

On Friday, the Town Mayor visited Mentmore Recreation Goround to meet with officers to decide the siting of two additional benches that she requested last year following residents’ requests. They should be installed in the coming weeks.

Saturday was Party Day! But before the party started, Cllr. Jones went along to Middle Row Markets to speak with stall holders, visited the new shop owner at The Vault, and then judged the Art Exhibition that was run by the Cultural Consortium, with exhibits from several artists showing their memories of the Jubilee Weekend.

Party in the Park was always going to be busy. But on arriving at BBC 3 Counties to go on the radio it was apparent record numbers at this event were already present. A great selection of stalls, activities, fun fair rides, refreshment stands were available to go alongside the main action on the stage. Eight hours of great entertainment: from dancers, to Rock choir, to local bands in the afternoon, before things certainly heated up.

Bhangra Smash Up, Bob Marley tribute and then the 1980s band The Farm. Cllr. Jones did her usual speech with as many song titles as she could in it before Bhangra Smash Up started. Both the Deputy and Town Mayor were thrusted tambourines into our hands and told to stay on stage with them! They thought they could escape after 2 minutes… 25 minutes later they had done their whole set! A great day that certainly did bring Dunstable and visitors All Together Now. 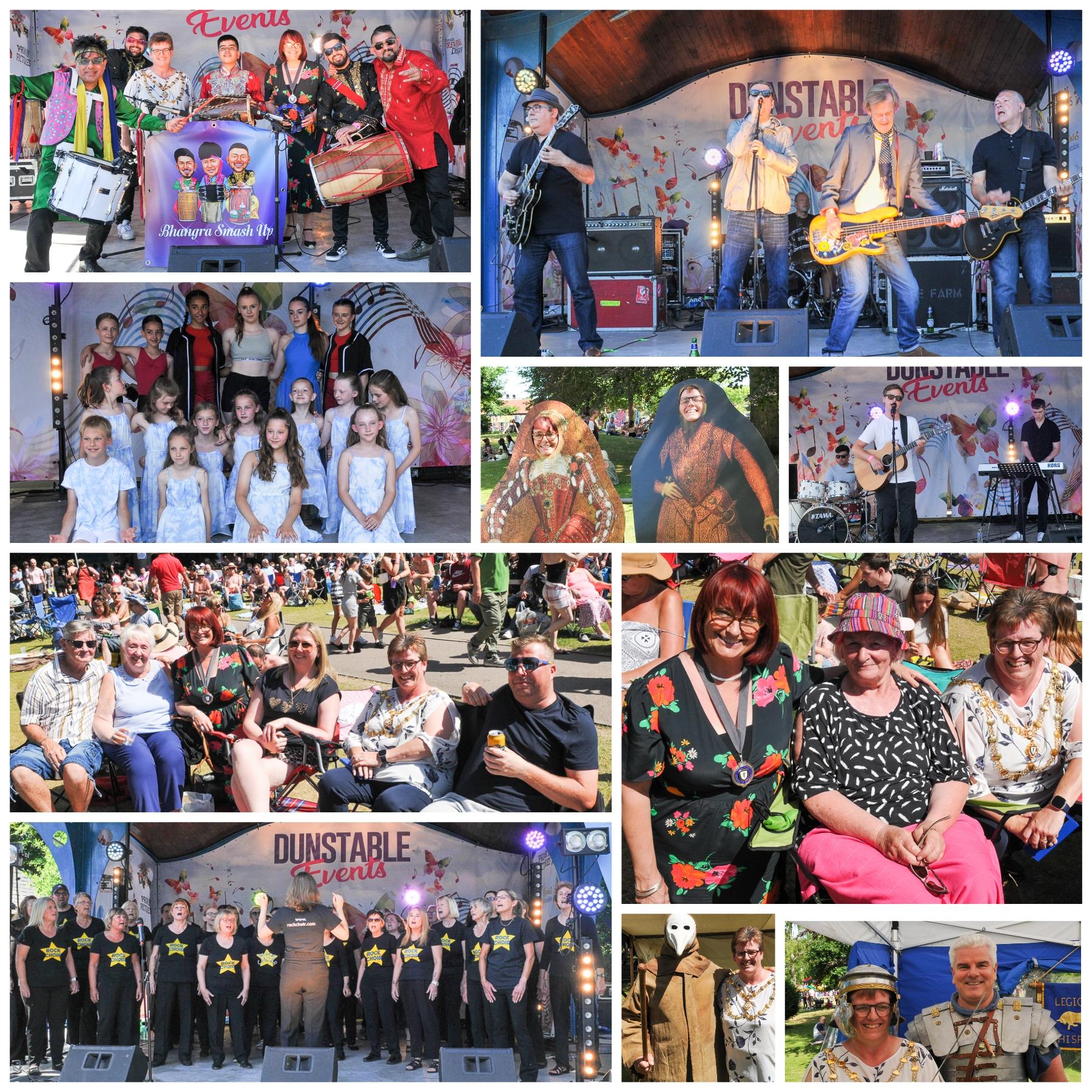 Sunday was the hottest day of the year, and the day of Cllr. Jones’ second charity fundraiser: a fabulous gathering of 60 people at Vantage Restaurant in Dunstable for a late lunch. Beautiful food and great conversation. She was honoured to have Mayors and Deputy Mayors from Luton, Houghton Regis, Leighton-Linslade, Ampthill, Flitwick and Stotfold come to support the Mayor’s charities. A raffle was held on the day which enabled Cllr. Jones to raise over £750 for her three charities. 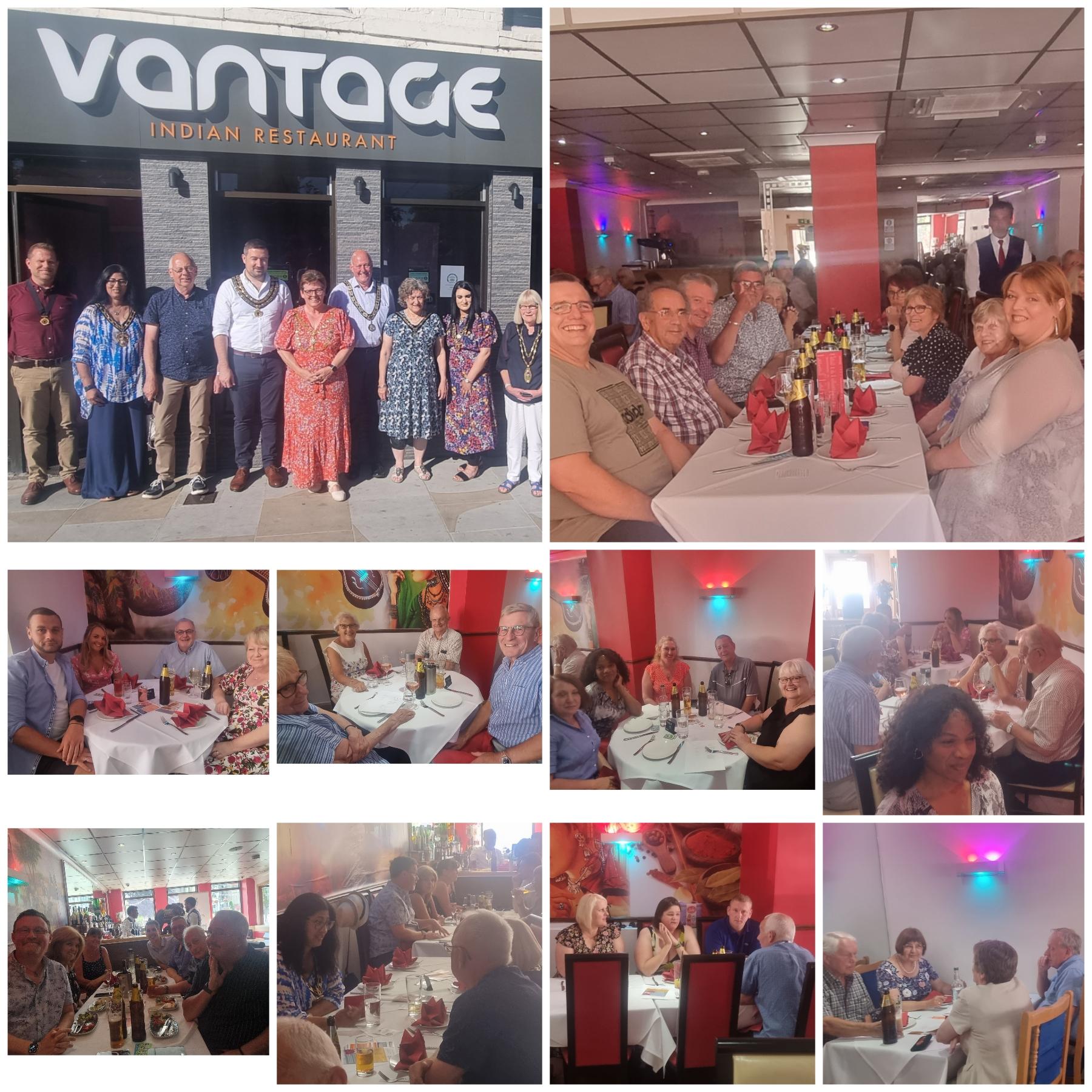