The last week has seen Cllr. Jones focus on Businesses in the Community.

Her week of engagements started with attending the Pride of Dunstable Networking Lunch where she was able to meet business owners from the town and immediate areas, and hear how they are progressing their offers beyond Covid. It is clear some businesses face a struggle with the cost-of-living rules, particularly the hospitality section once again, as people reign in secondary spending.

On Friday morning, Madam Mayor set out on a 2-hour tour of the town’s independent retailers with the Town Centre Manager. They didn’t get very far as they were stopped by residents who wanted to chat, and were welcomed by several businesses with offers of coffee. What was clear was they were pleased to see Cllr. Jones out and about in town, but moreso the events programme back on! 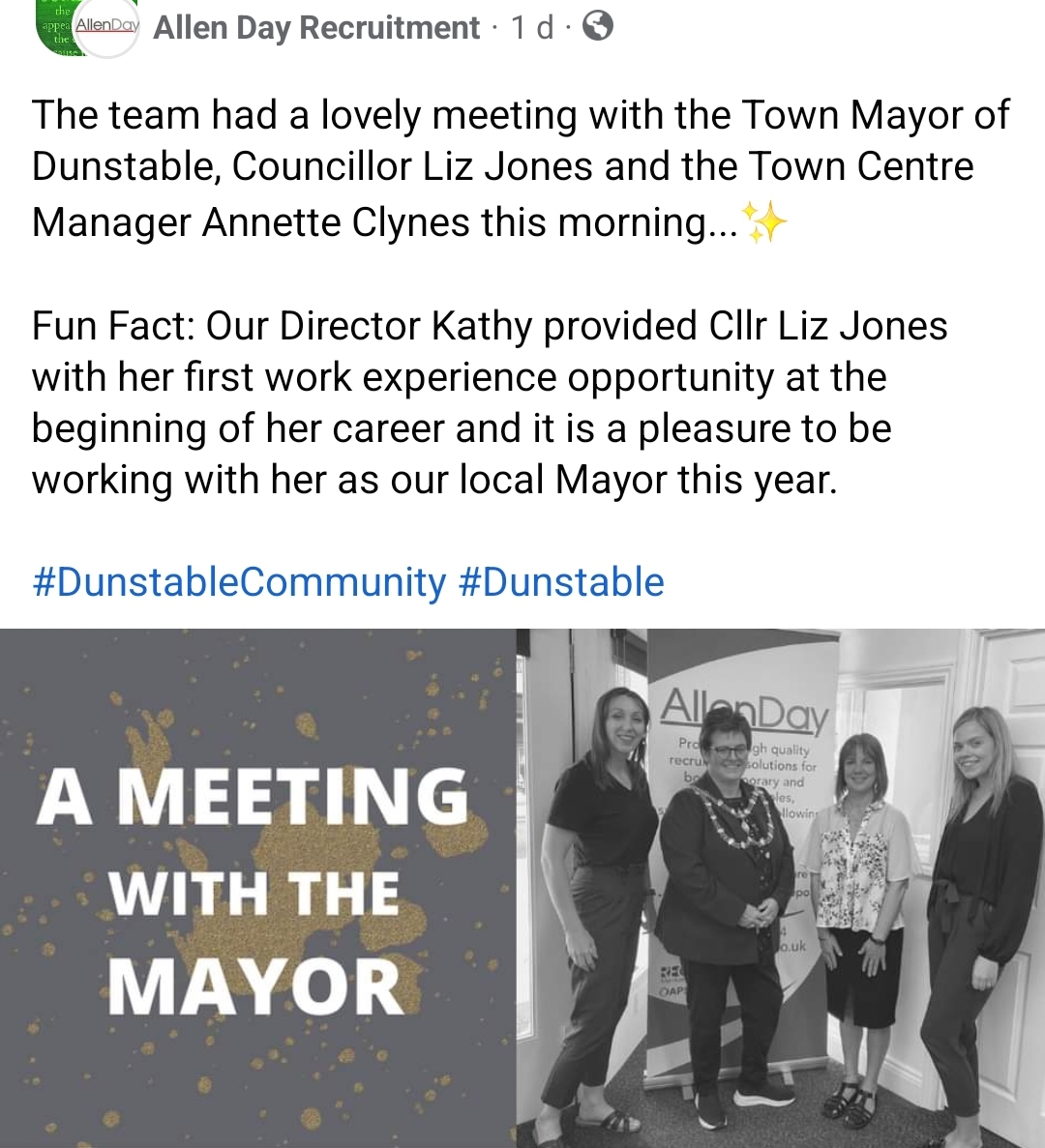 On Friday afternoon Cllr. Jones had the pleasure to attend the High Sheriff’s Garden Party. Another opportunity to speak with local organisations, voluntary groups and businesses from across Bedfordshire. “It was also lovely to meet up with the Lord-Lieutenant of Bedfordshire who is retiring in September and be introduced to the newly announced replacement,” said Cllr. Jones.

On Saturday, Cllr. Jones attended with her Deputy, Cllr. Lisa Bird, the Mayor of Houghton Regis Afternoon Tea in the Park event. It was nice to see several other Mayor’s and Deputies, as well the local MP,  attend to help raise money for the Mayor’s Charities. 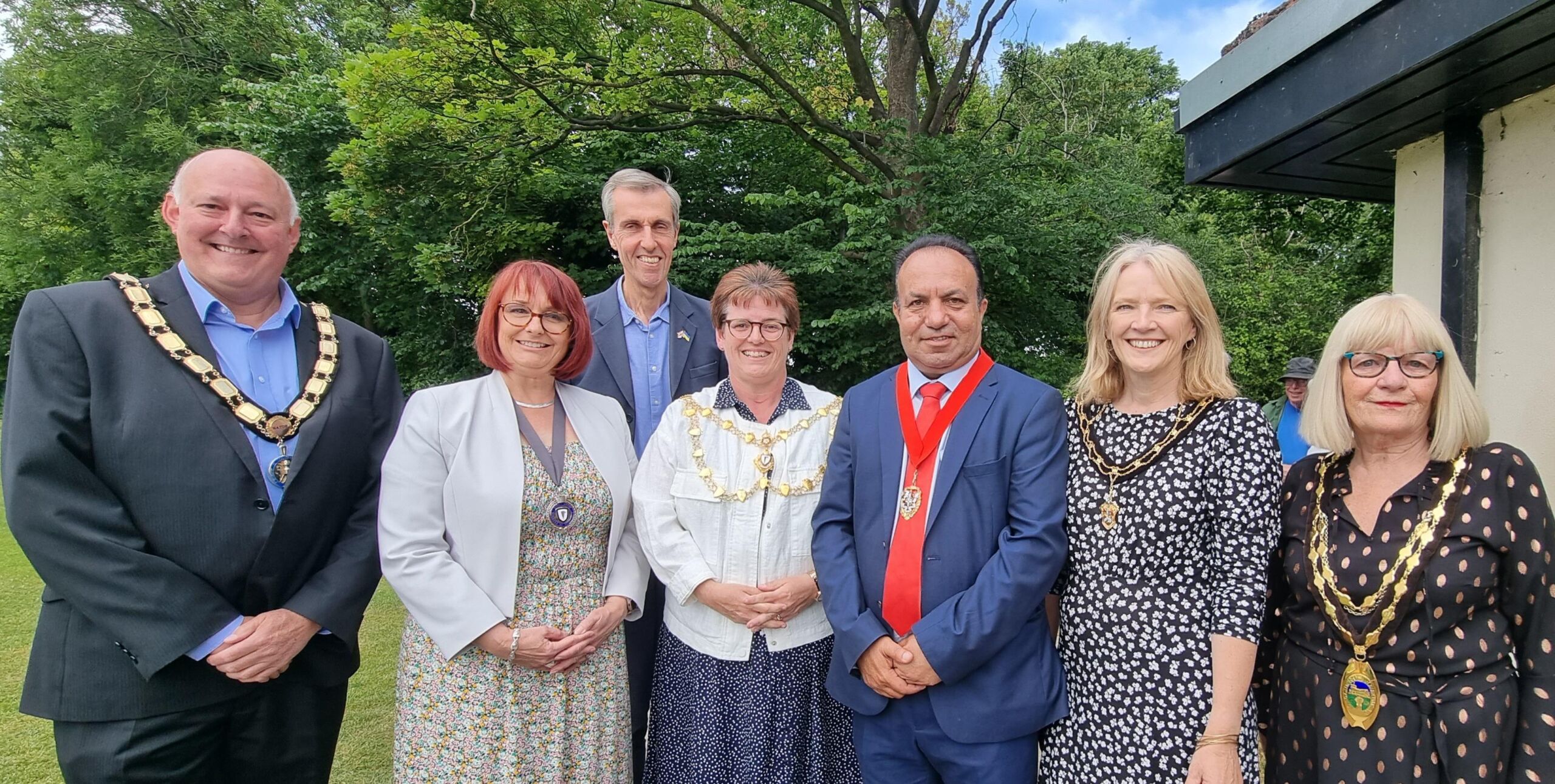 Sunday was all about Brass Bands. The Mayor launched the first in a series of three Sunday Brass Band Concerts in the Park. The weather held and lots of people came to enjoy the music.

In the midst of all this, Cllr. Jones has launched her Charity Golf Day and been overwhelmed by the support of local businesses who have come forward to sponsor golf Holes and the wider event.

Her next charity event, Vantage on 10 July, is now at a very healthy number of attendees, but still room for more!

Getting to visit the new Tim Hortons restaurant before it opens, attending the local college awards ceremony and attending the annual Beating the Retreat event in aid of the Army Benevolent Fund.

We also will be launching “Lunch at the Palace”, a two course mid-week buffet lunch at the prestigious Old Palace Lodge in Dunstable, with live entertainment on 25 August.

Cllr. Liz Jones is looking forward to meeting more people and hearing more about the work we all do.