Week 28: It’s beginning to look a lot like Christmas!

Week 28: It’s beginning to look a lot like Christmas!

The Mayor attended the Lord Lieutenant Honours Gathering for those recipients who had been honoured in the Queen’s Birthday list this year. It was a privilege to be present and to hear the inspiring stories behind the six Bedfordshire people and their awards. 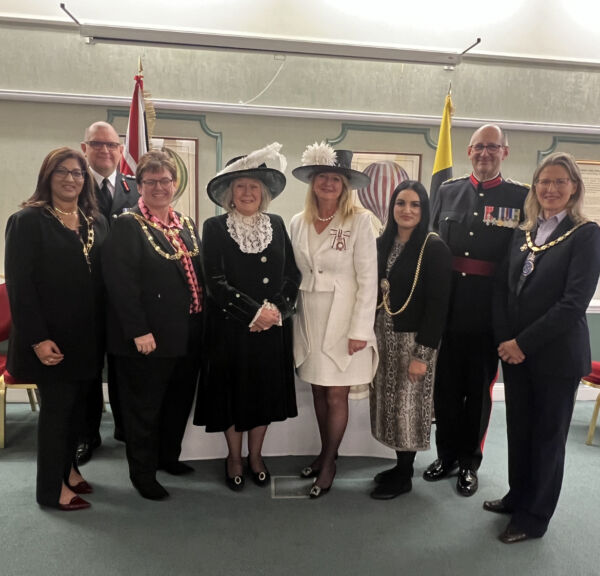 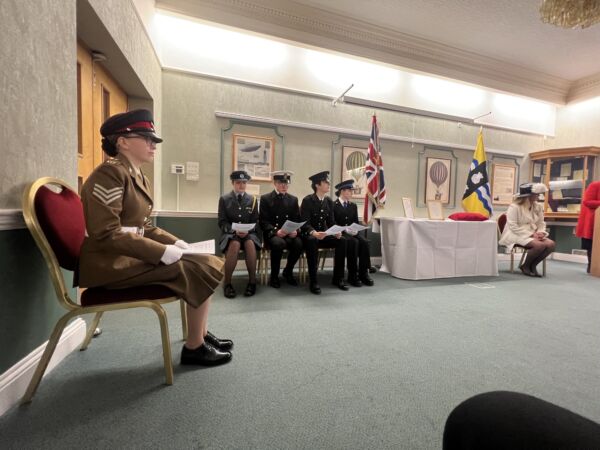 On Tuesday, the Mayor was joined by the Deputy Mayor, Cllr Lisa Bird, while they hosted Central Bedfordshire Youth Central team who delivered an event that focused on democracy and getting more involved. The Guides and Rangers that attended were split it two groups and battled it out in a fiercely contested debate on a topic they chose themselves – free school meals for all Yes or No.

On Wednesday the Mayor dropped by the Brownies at Priory Church to present them with a thank you gift for each of the girls who had entered her Christmas card competition. Whilst there the Mayor was presented with her own Girl Guiding Badge for Remembrance. 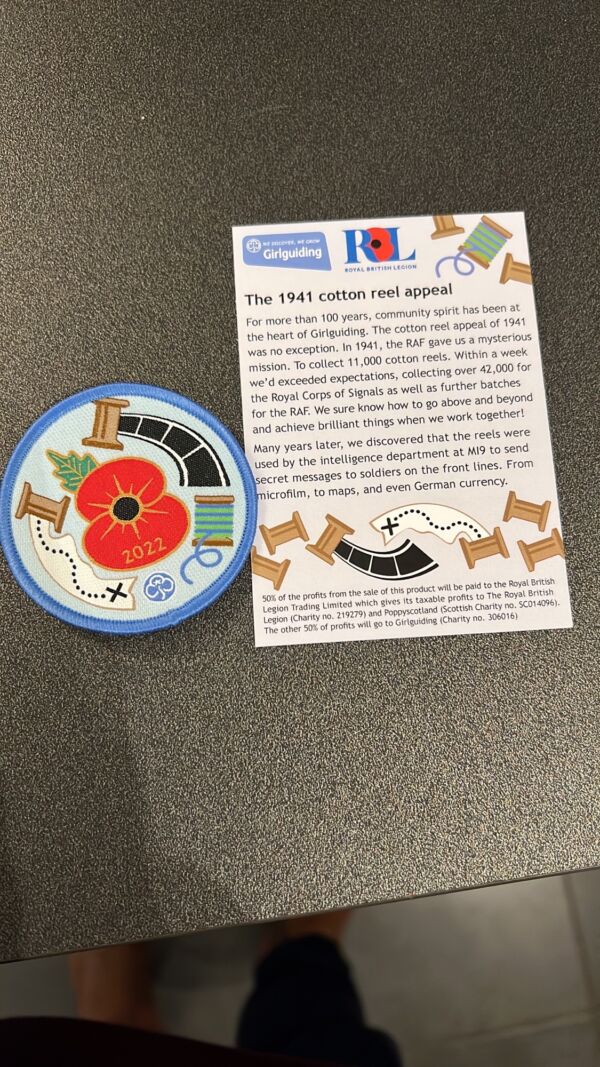 Thursday was a pleasure to attend Ashton St Peters session on the Good, the Bad and the Ugly project. Once again year 11 pupils delivered an amazing insight into what they like or dislike about the town; they then asked some challenging questions to the audience consisting of myself, Town Council officers, Central Bedfordshire officers, fire and police representatives. This time they were also joined by the Quadrant manager and the chairman of Dunstable In Bloom. The Mayor was able to present Sidney the school therapy dog with his own Town Mayors bandana for bravery following a minor operation he had had – everyone loves Sidney! 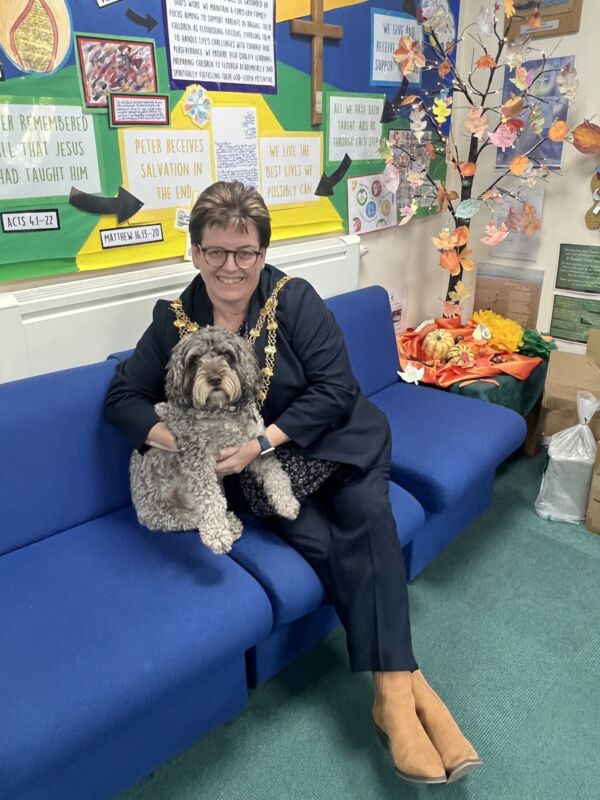 On Friday the Mayor led the #TooManyNames gathering in Grove House Gardens. The event was to raise the profile of domestic abuse and the need for more to be done. In the last 12 months 107 females have been killed due to gender violence. 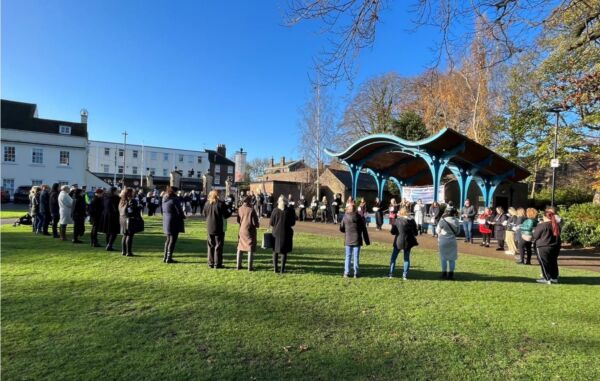 The Mayor raised the Bedfordshire Flag at Grove House Gardens ahead of the weekends activities planned.

Friday evening was the start of Christmas with the annual Christmas Carols & Torchlight Procession what an amazing evening led by the Salvation Army Band, with 16 schools represented and over 400 children. A great night that was very well attended – the Mayor now says Christmas festivities can begin! 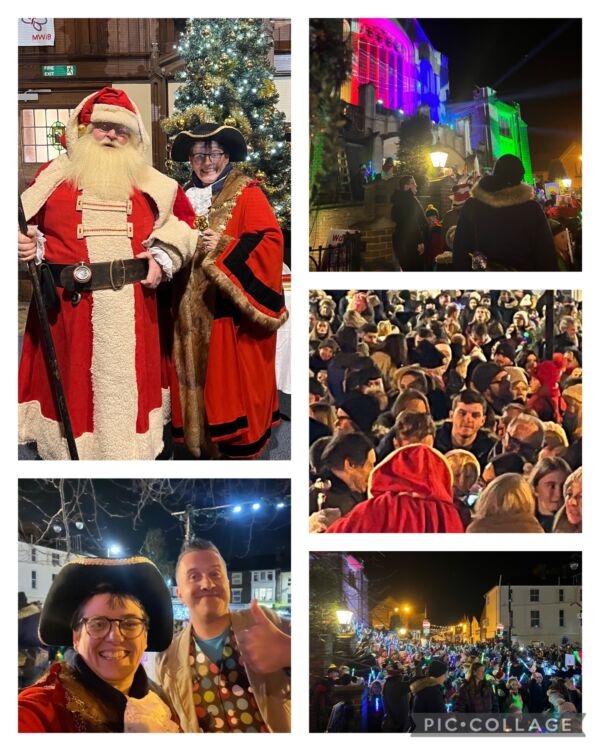 On Saturday, the Mayor visited business owners in the Quadrant and officially opened this years Enchanted Christmas experience. 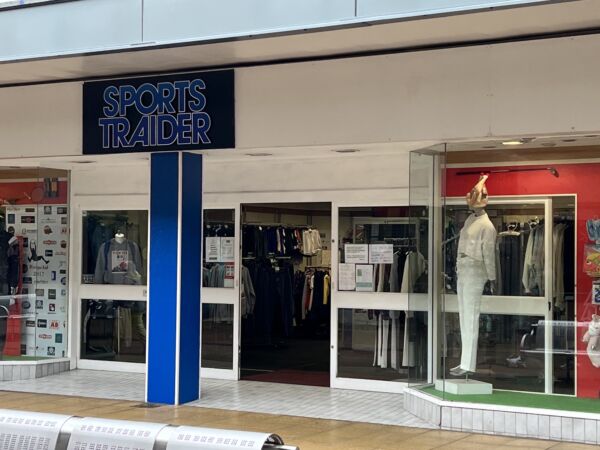 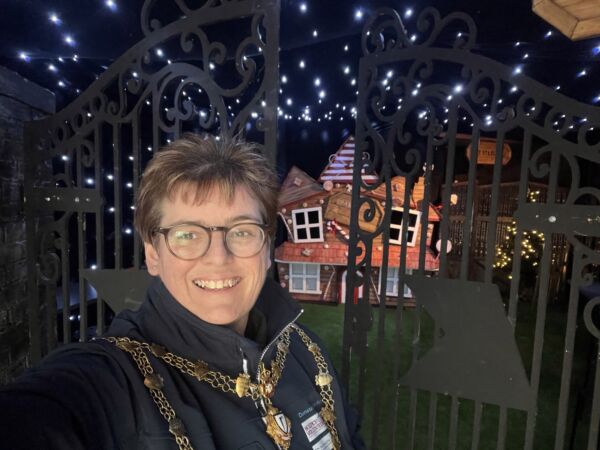 Next weeks events are plentiful and the Mayor has challenged herself to no mince pies until Christmas Eve!