This week started with ongoing celebrations by Dunstable In Bloom where Cllr. Liz Jones was asked to present the awards, certificates of participation and to say a few words to the 100 plus people who came to their awards evening. “So good to feel the positive vibes in the room and to have so many different representatives there from different organisations,” remarked the Town Mayor. 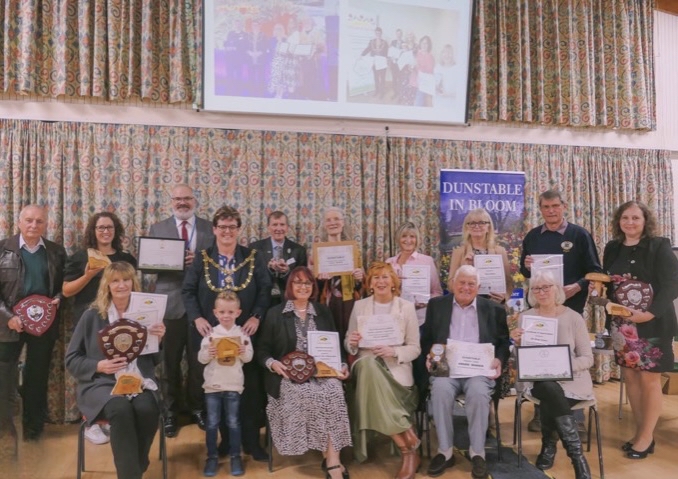 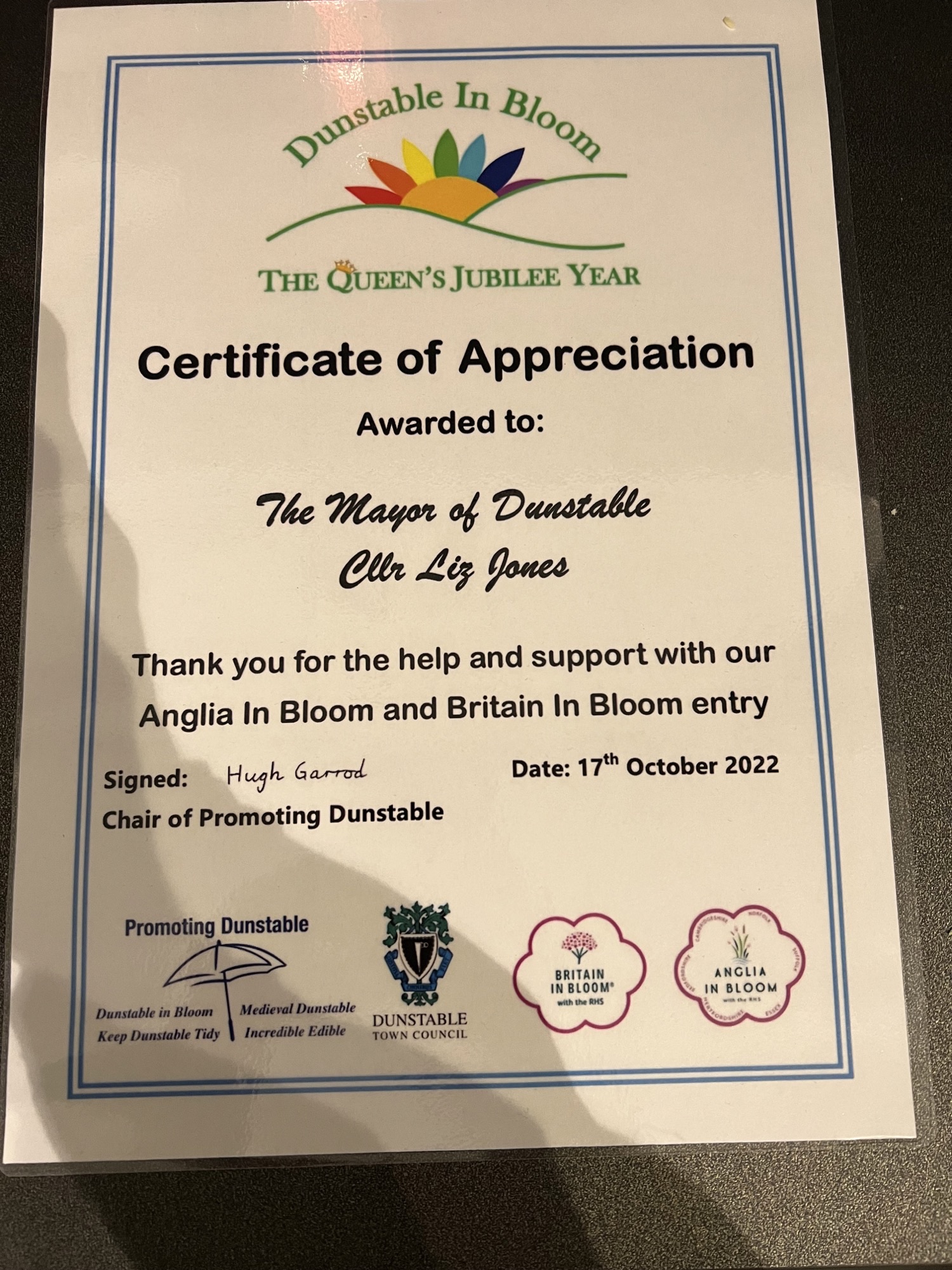 Following this, Cllr. Jones went to two school assemblies during the week to talk to the students and to present their awards to them. She also visited the allotment holders at Hillcroft to see how they have developed an unused area and created a community garden for all to enjoy. 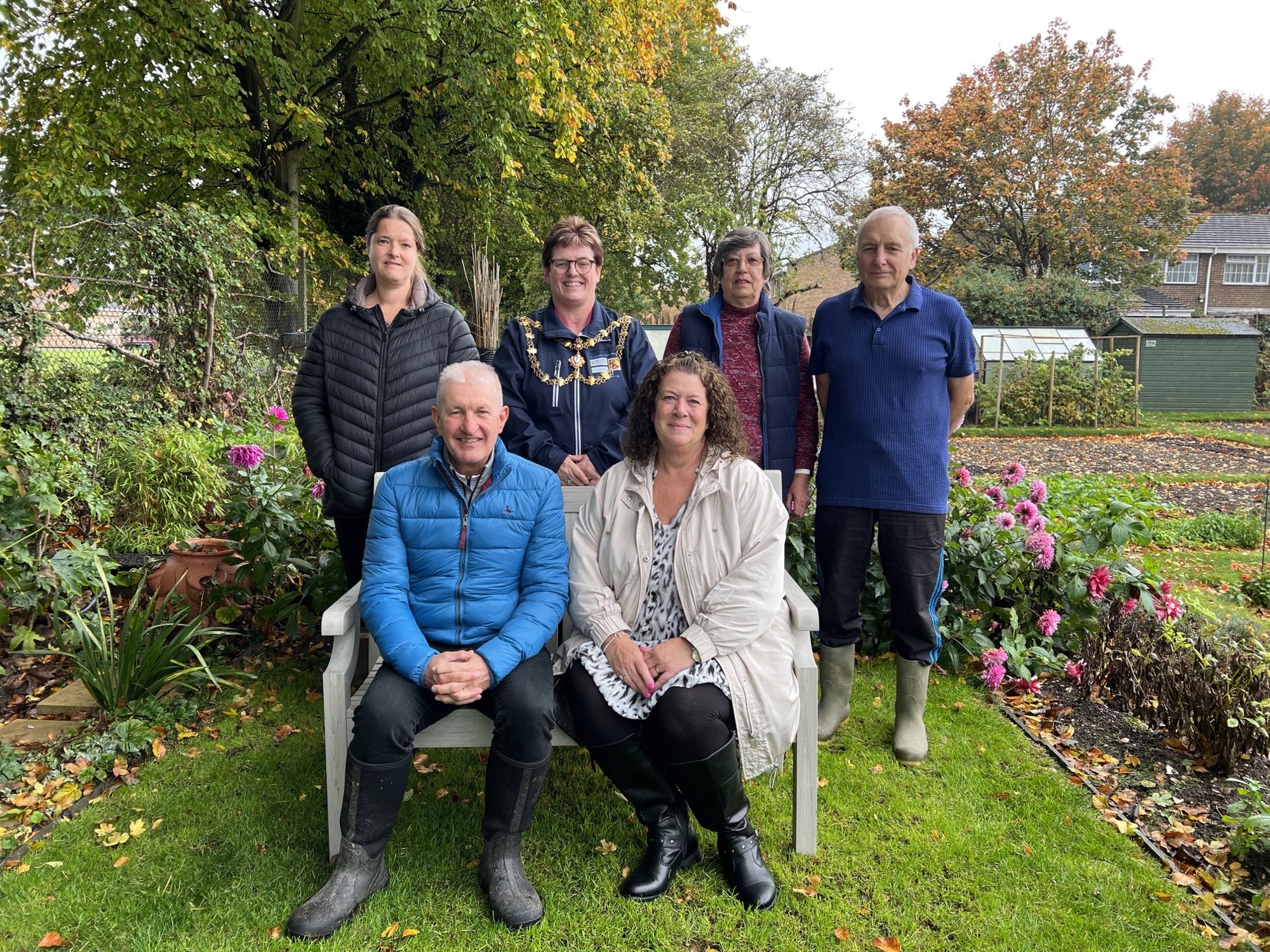 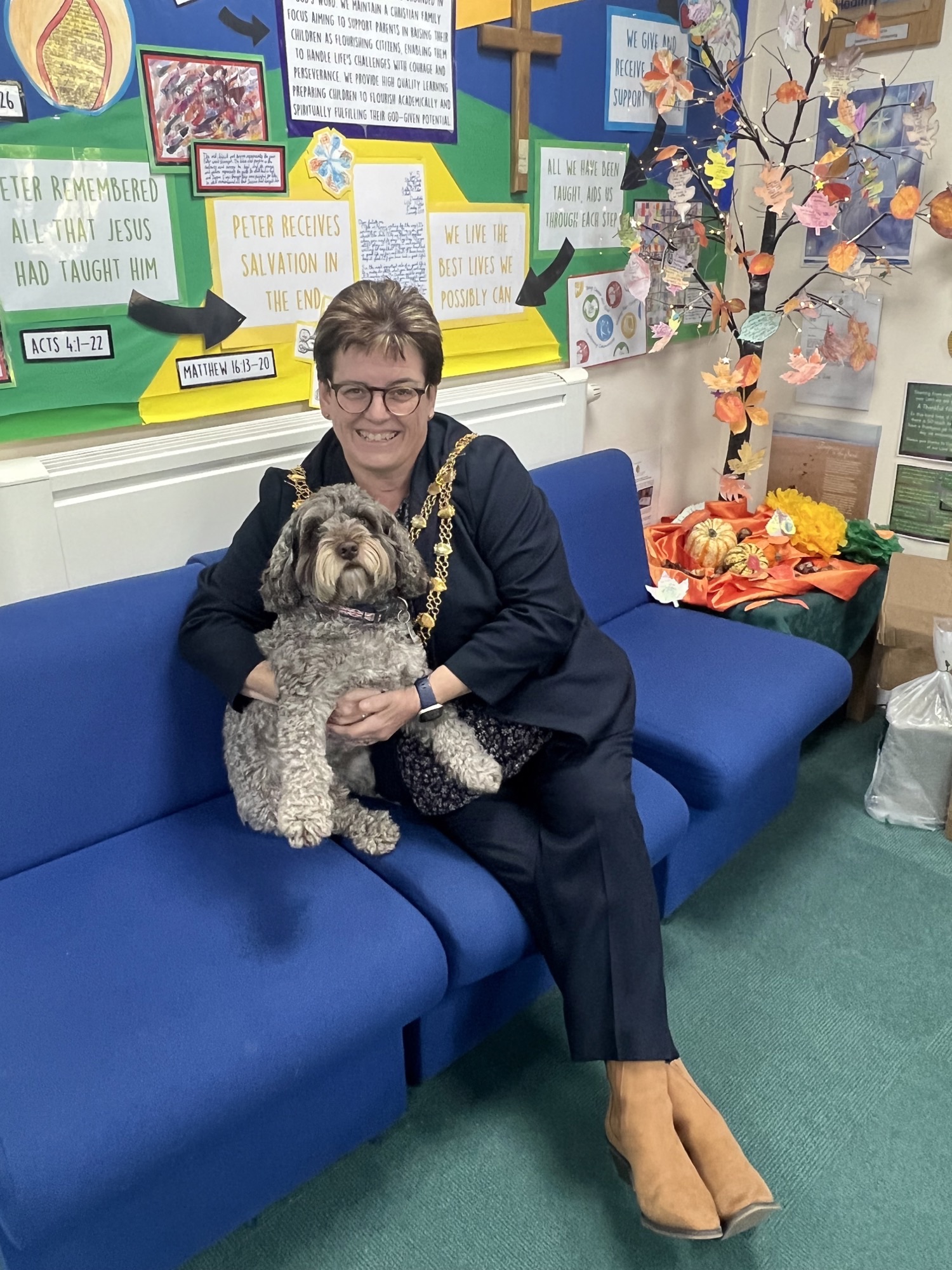 The Town Mayor then opened the Over 55s Rock and a Roll session at Creasey Park Community Football Centre and helped serve their lunches. The Barnette singers were fabulous and had them all dancing away! 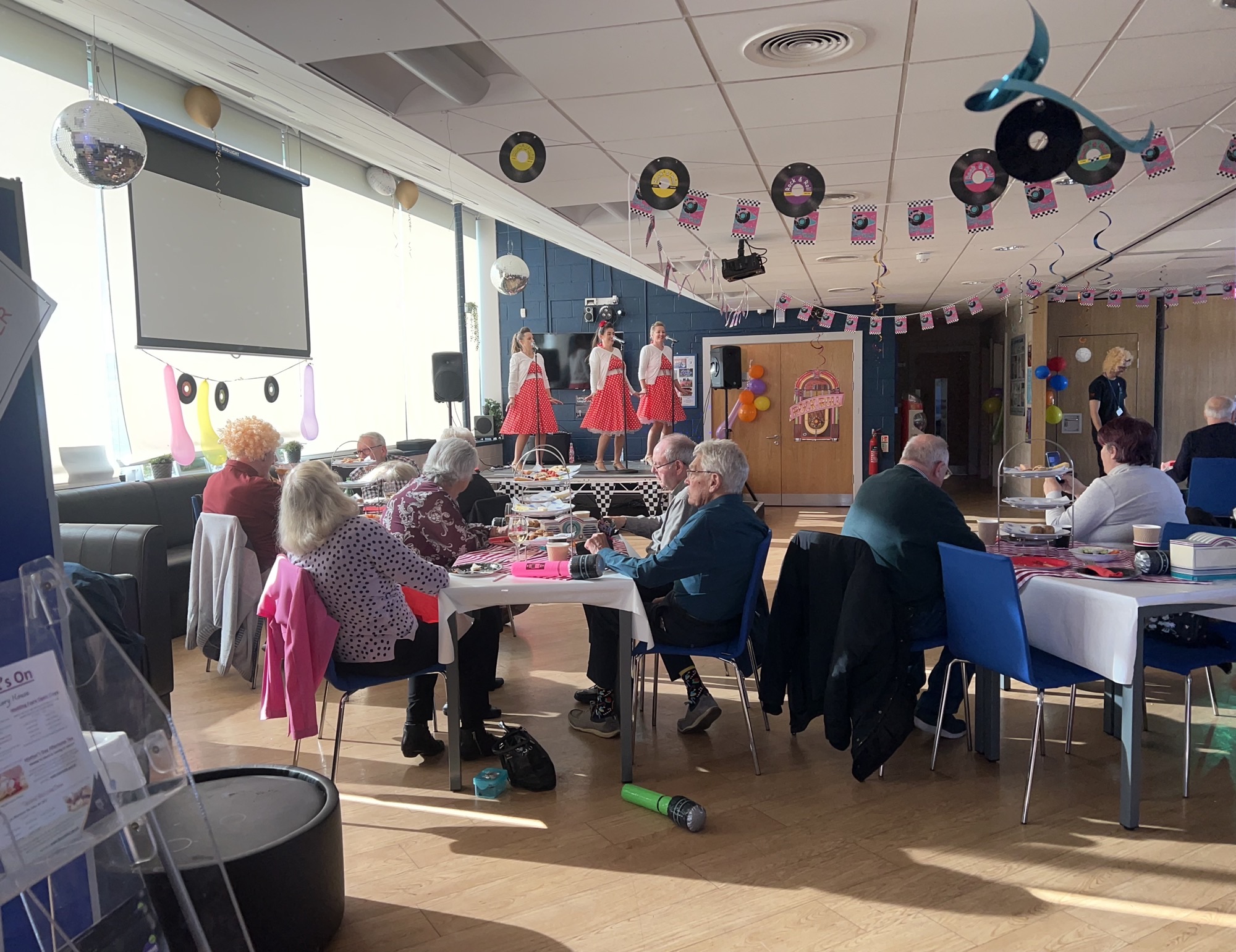 The Mayor of Ampthill held a charity evening which Cllr. Jones attended – a lovely Indian meal followed with Elvis singer.

On Thursday, the Mayor attended the annual Police Memorial Service at Kempston where Bedfordshire Police remembered six colleagues who had passed during the last year. 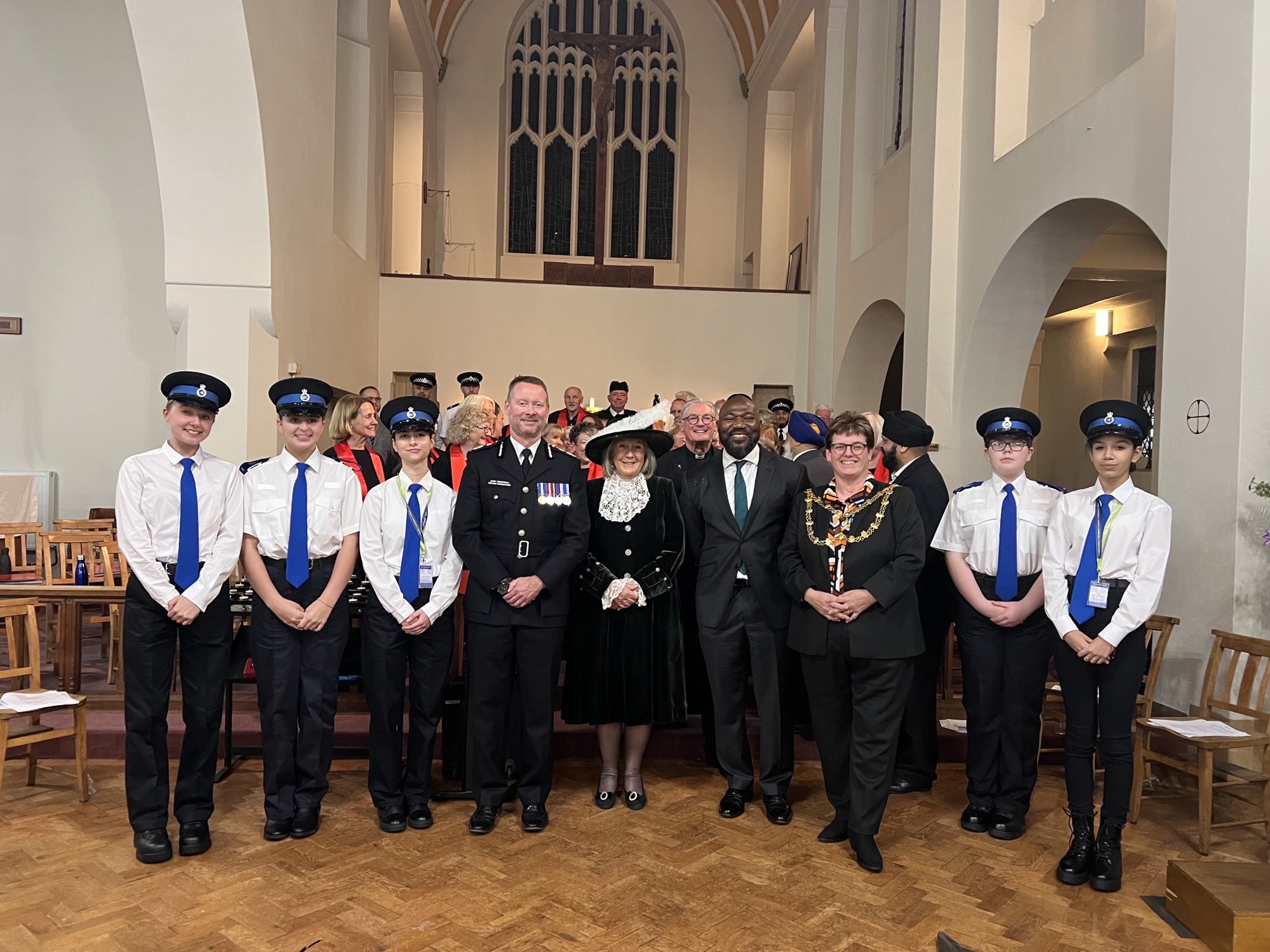 Saturday started with the opening of Windy Willows Pumpkin Patch. The Dunstable Town Mayor was asked to open it alongside Liam from Ringcraft Boxing and Councillor Yvonne Farrell, Mayor of Houghton Regis. 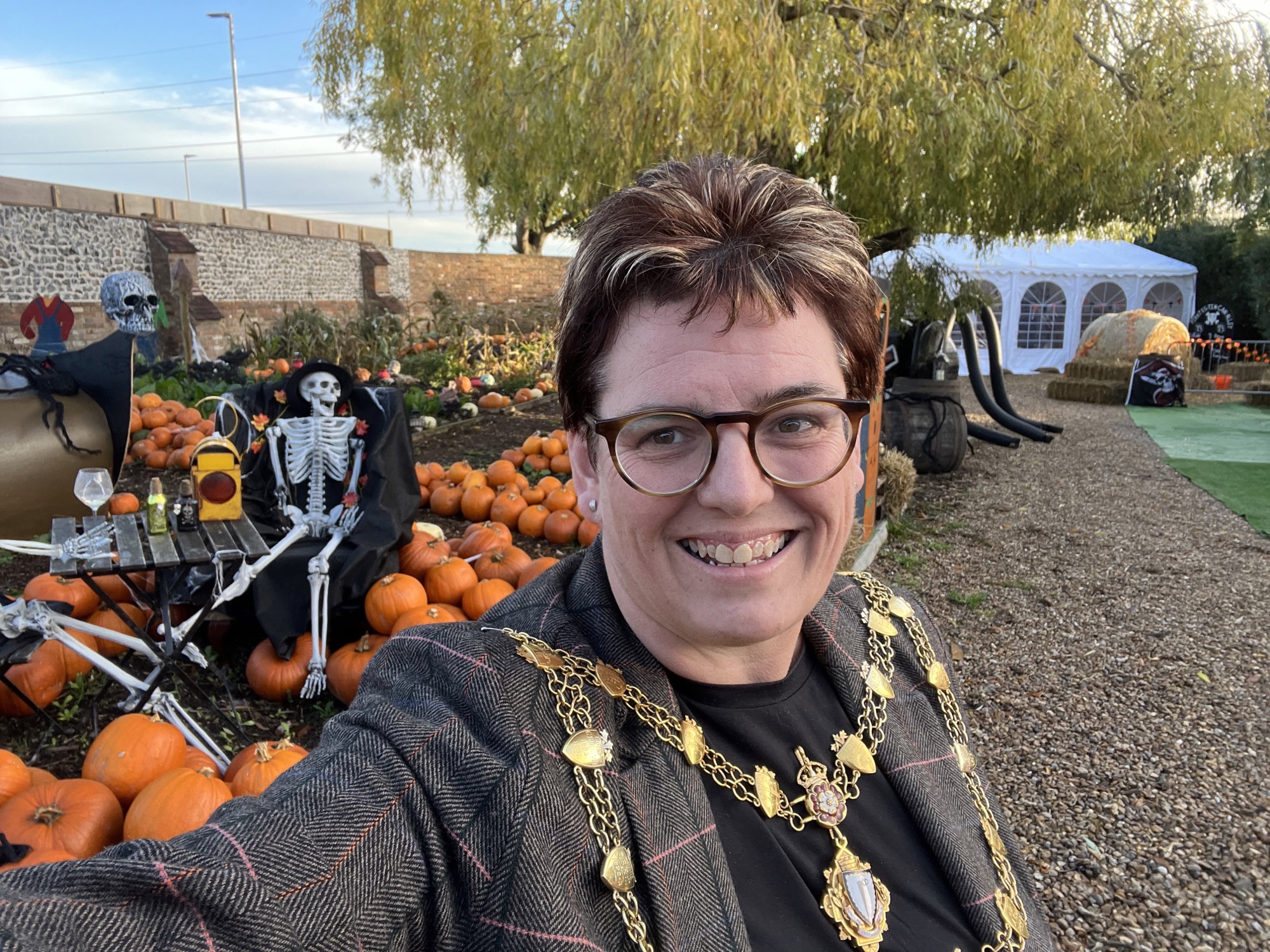 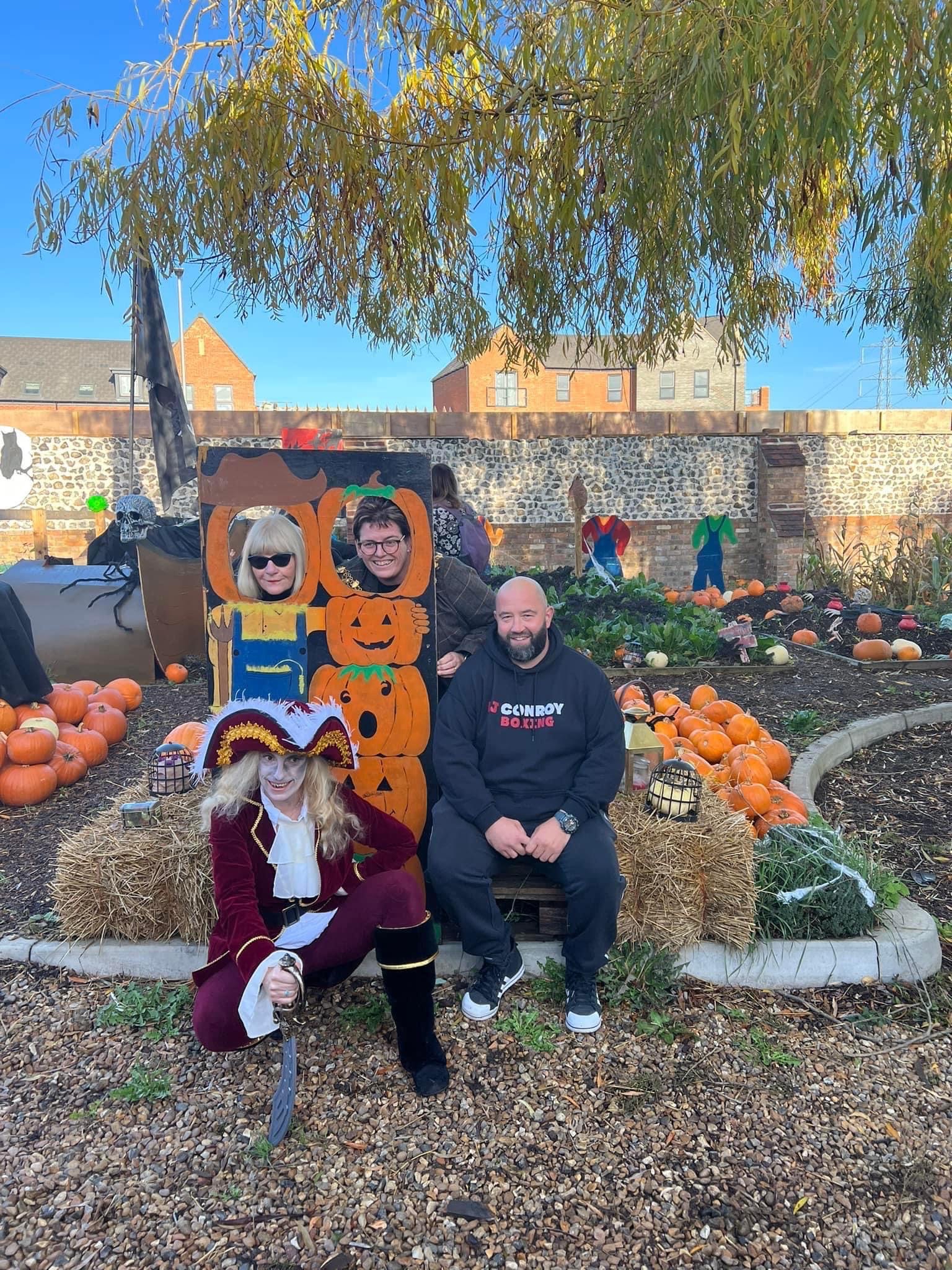 From there, Cllr. Jones went to Ruby Tuesday on High Street North. The owners of Angliss Carpets in Church Street have chosen to open a second unit on the High Street selling some great gift items and furniture, with more still to come. 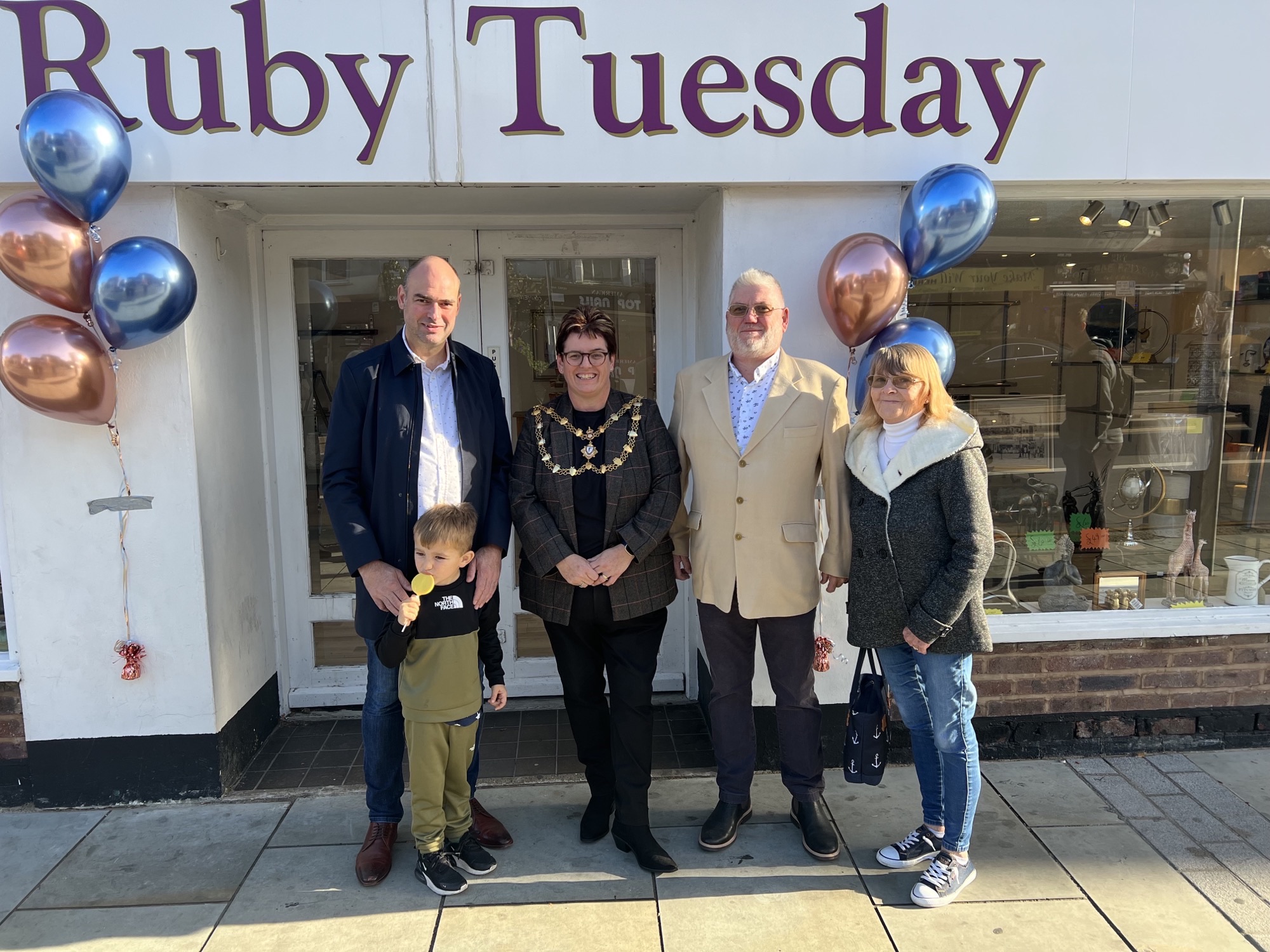 Saturday was the Swing Soul and Supper evening – having set up in the morning, Cllr. Jones hosted lunch for family and friends who had travelled miles to be with her. Fifty people came along and enjoyed a two course meal and an evening of entertainment. A raffle was held and over £700 was raised for the Mayor’s charities. 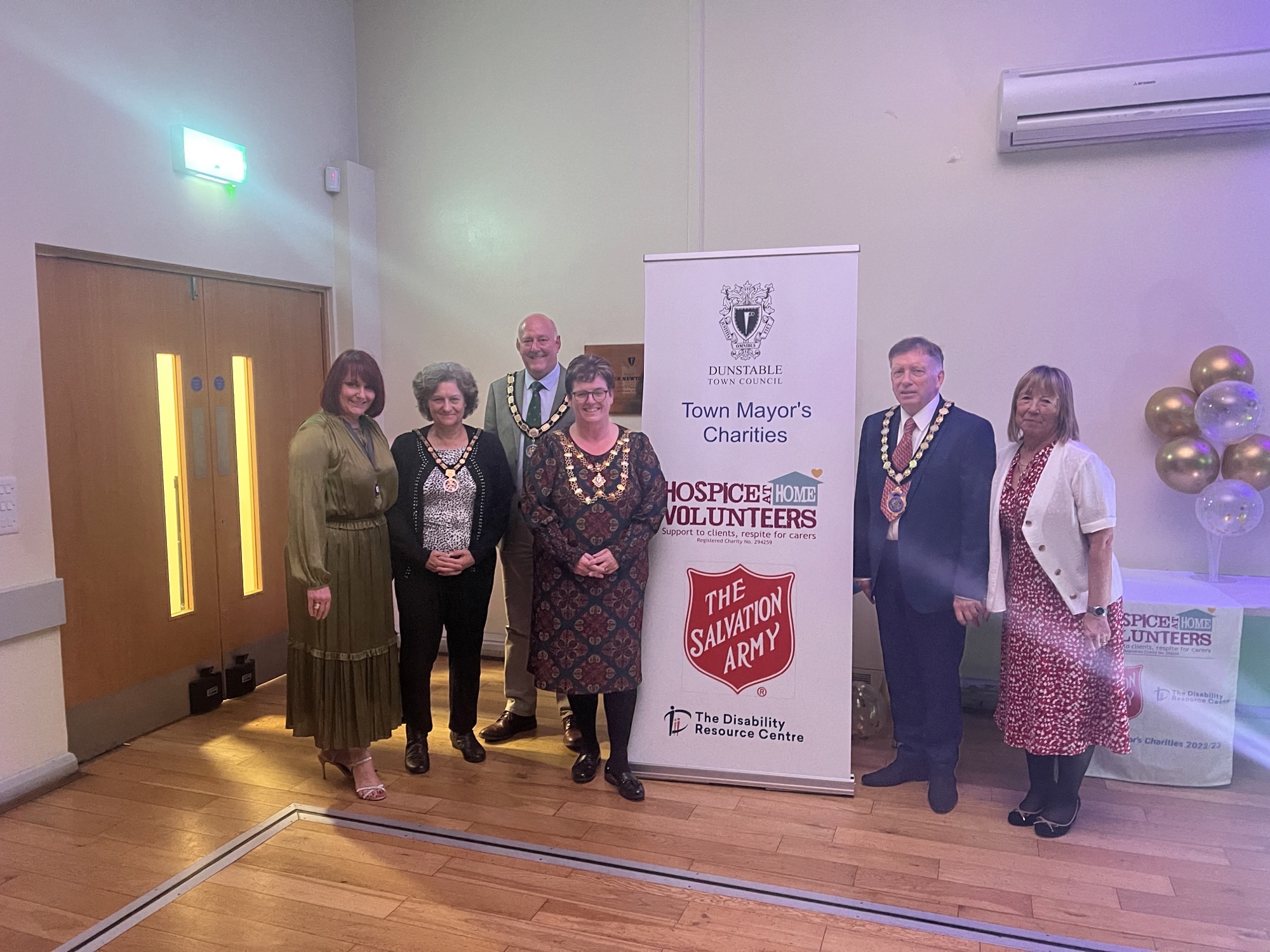 “So almost at the half way mark of my term of office, event number 150 has been hit! It’s been a pleasure to be out and about in the community and to be involved in so many organisations, voluntary groups, schools and businesses. Please do keep the invites coming in!” said the Mayor, Cllr. Jones. “The week ahead is (I’m whispering this) a quiet one!”