“A Blooming Success for Dunstable and one event I went with my head held high to for just simply walking through the doors of the RHS Lindley Hall as one of 45 towns and villages from across Britain. That was an amazing achievement in itself, but what happened Monday afternoon was utterly awesome for the community of Dunstable,” says Dunstable Town Mayor Cllr. Liz Jones.

Dunstable won a Gold award Large Town and the overall winner of the category! “Such an acknowledgement for everyone who has been involved in the In Bloom campaigns this year,” remarked the Mayor. “The Town Council Grounds Team have worked tirelessly to ensure the parks and open spaces have been maintained to such a high standard. Staff in the offices, Priory House, Creasey park and Grove Corner have all contributed in some way too – a real team effort. Dunstable in Bloom have been fantastic with their energy and drive to succeed. Their team of volunteers have been so focused and thoroughly deserve the recognition they have received. I spent six weeks during the height of the summer heatwave supporting the watering and dead heading in Grove Gardens twice a day and can honestly say how rewarding it was to have been part of this achievement. Well done everyone; all the groups; organisations and businesses who have got involved. I am one very proud Mayor and I hope that my radio interview on Tuesday afternoon demonstrated how grateful I am to everyone involved.” 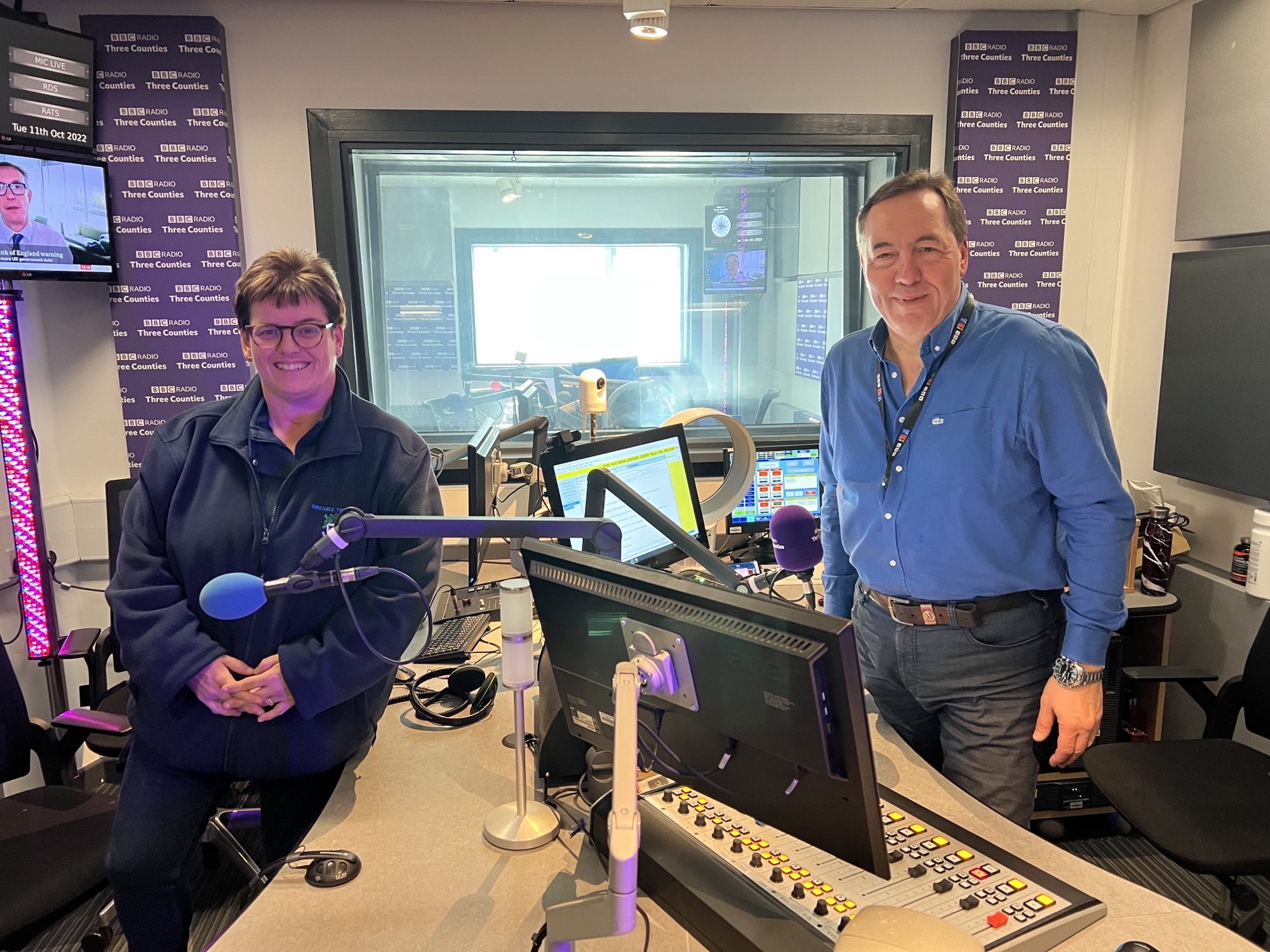 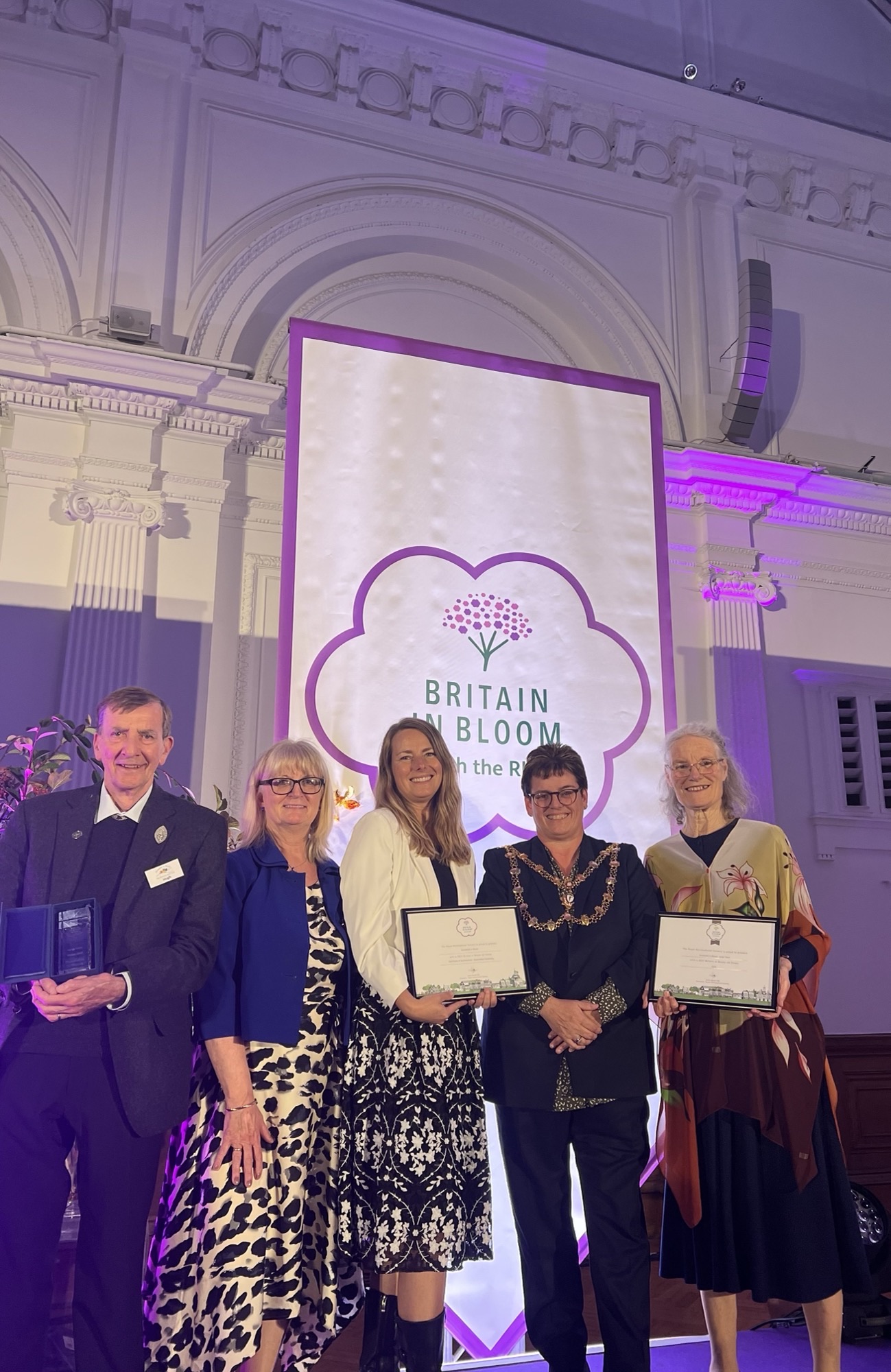 On Wednesday, Cllr. Liz Jones attended the Creasey Park Over 55s Lunch club and gave a presentation around the work of the council, her year as Mayor and  talked passionately about the changes over the years in Dunstable. 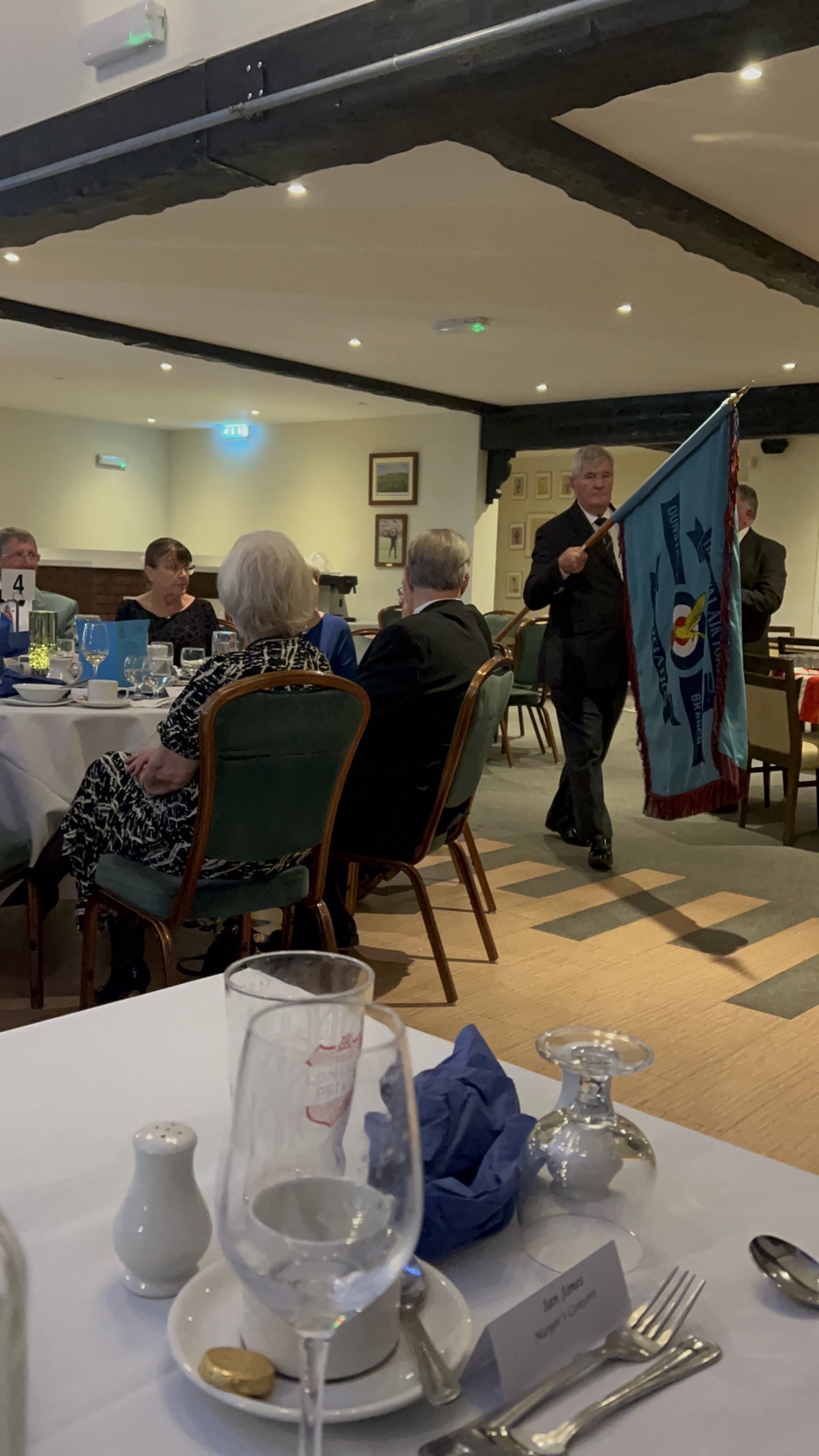 The Dunstable Cultural Consortium opened its new exhibition at The Workhouse in Ashton Square focused on Dunstable memories. Please do go and take a look at the lovely artwork and textiles on display. 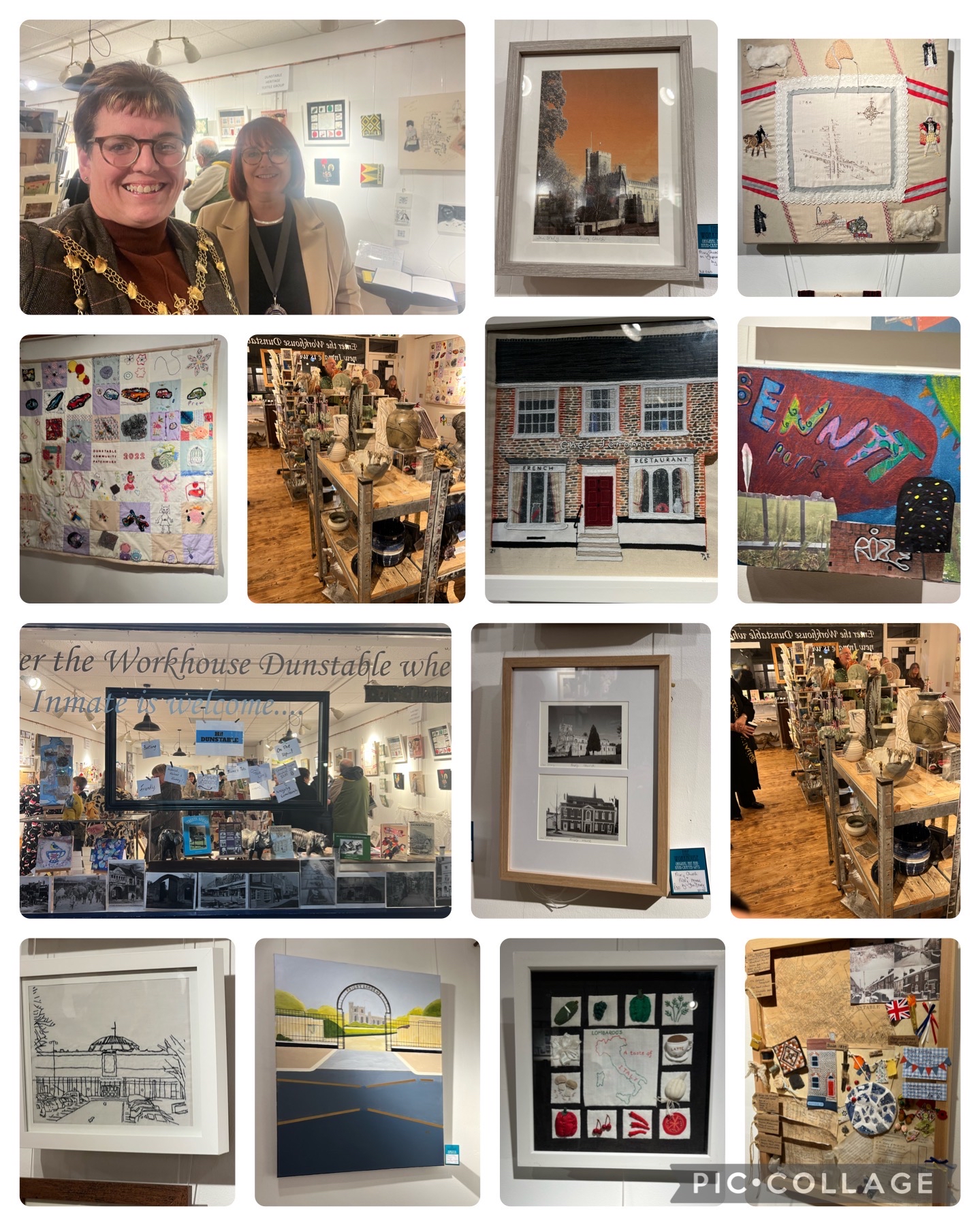 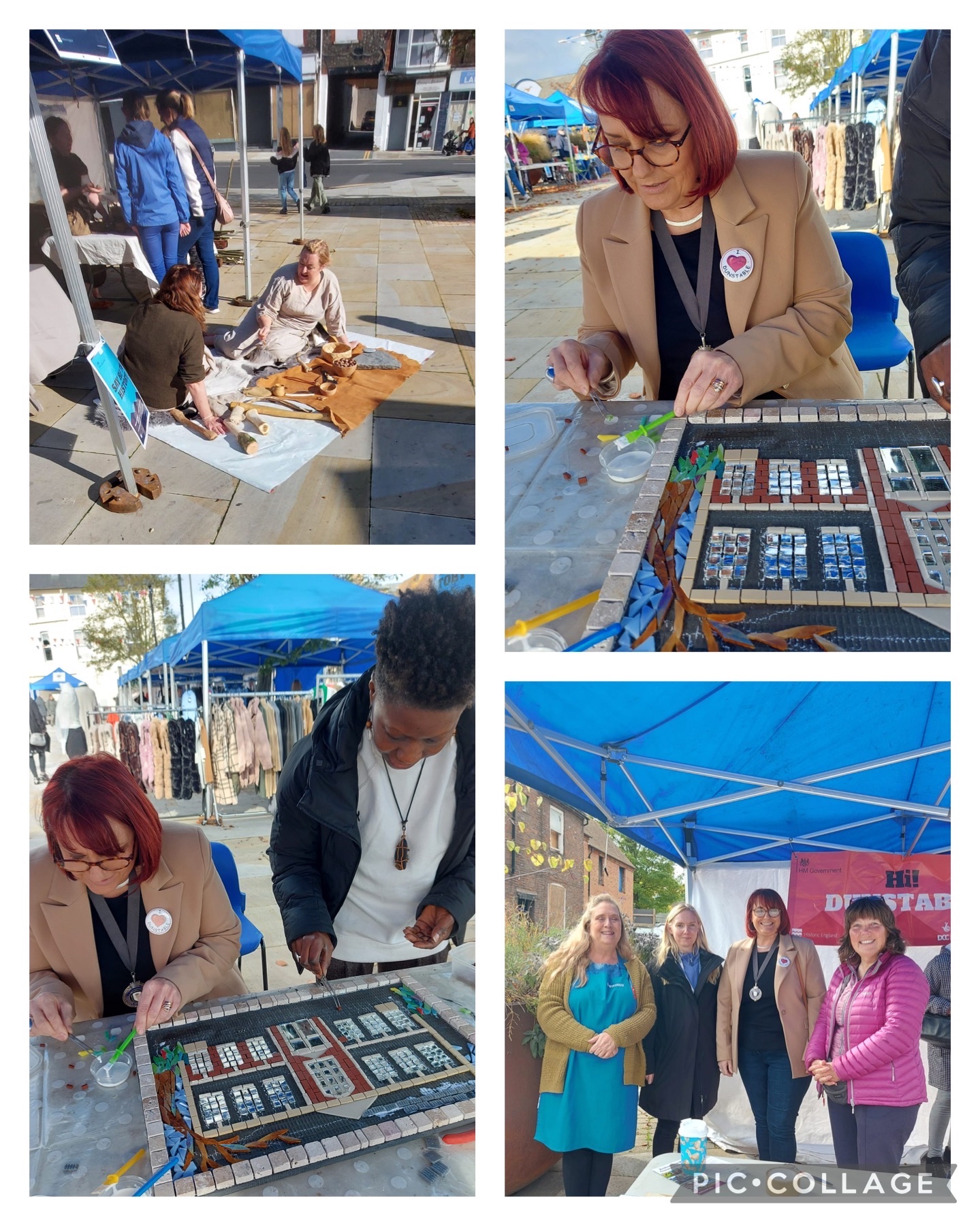 Cllr. Jones went to Leighton Buzzard to attend their Mayor’s Charity Coffee Morning. “It’s good to support our neighbouring Mayor’s events as you can learn a lot from what other towns are doing.” 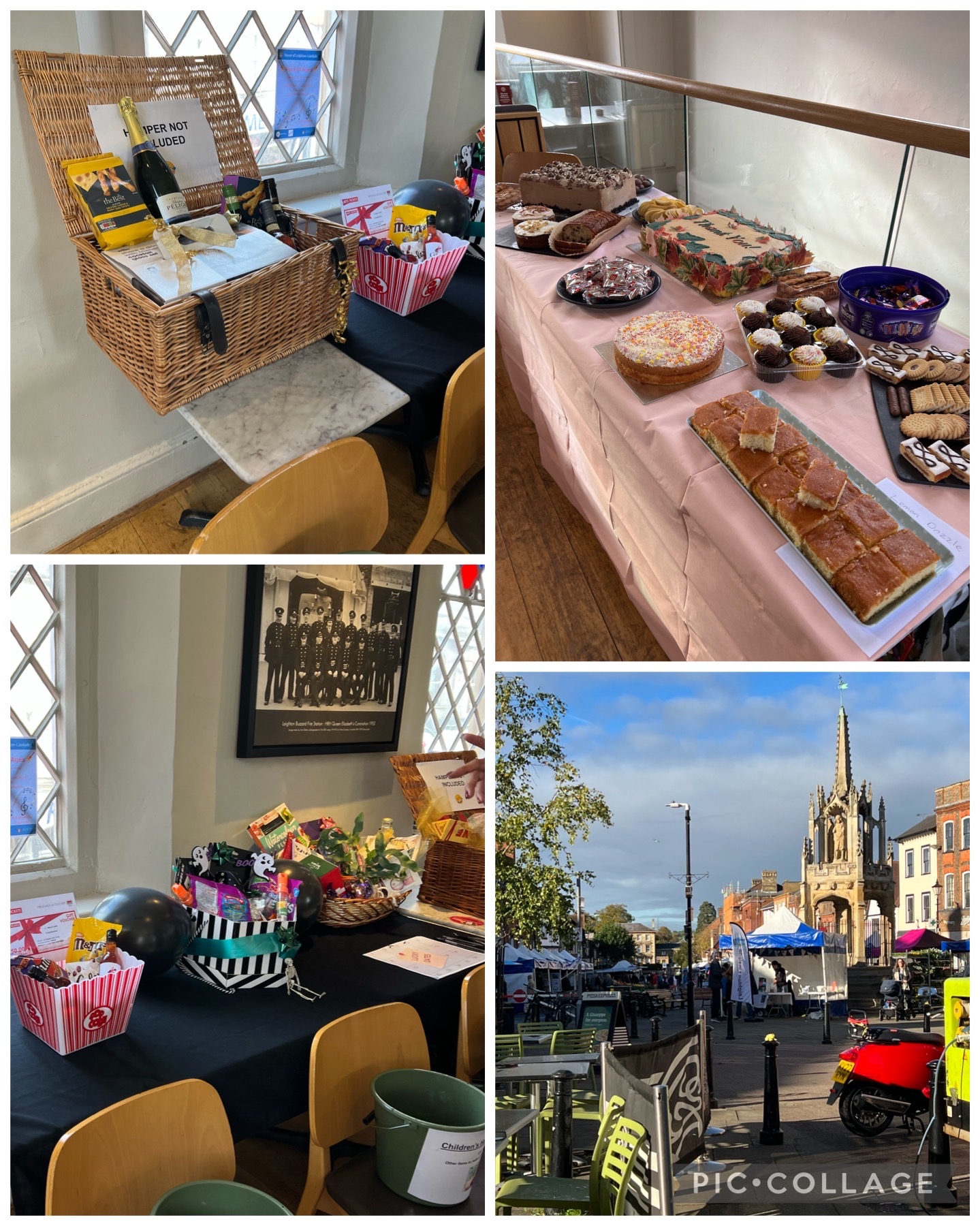 On Sunday, the Mayor attended, with other Councillors, the Jane Cart Service at the Priory Church.

The week ahead is a musical one… Grove Corner are holding their Rock and a Roll event; the Mayor of Ampthill an Elvis Night, and Cllr. Jones is hosting her Swing Soul and Supper Charity Fundraiser on Saturday.

In between, the Mayor has several town-based events and appointments to catch up with local businesses and to hear about how they are continuing to adjust to ensure they stay within the town. So important we support all our businesses where we can.