This week started with Dunstable Town Mayor Cllr. Liz Jones attending the annual Police and Crime Commissioner’s Parish and Town Council Conference. Representatives from Bedfordshire Police provided updates on the work they are doing across our communities to combat crime and to prevent it from happening. The pandemic’s own Jackie Weaver who was famously told “you have no authority” attended online to present to those in attendance and spoke about the importance of local Councillors and the impact they can have on local communities.

On Thursday, both the Town Mayor and her Deputy, Cllr. Lisa Bird, attended St Katherine’s Judo Club in East Dunstable. The club has been open since 1986 and has a very focused group of young people who enjoy going each week and entering competitions. They have been the leading light in gaining funding for the defibrillator that has been purchased and installed on the front of the Sportsman pub. By working with various groups and CBC ward Councillors, the defibrillator was officially made available at a small gathering. 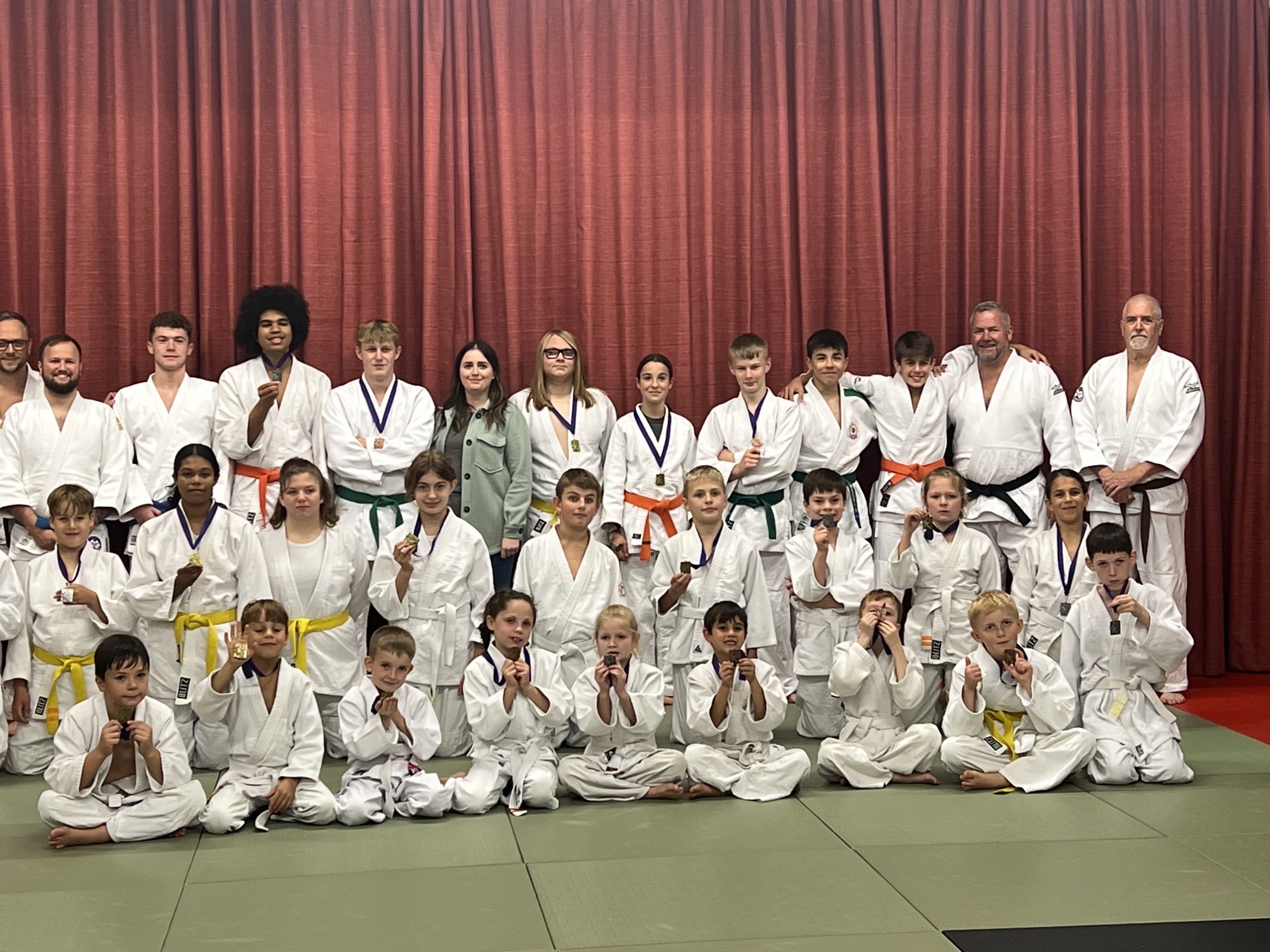 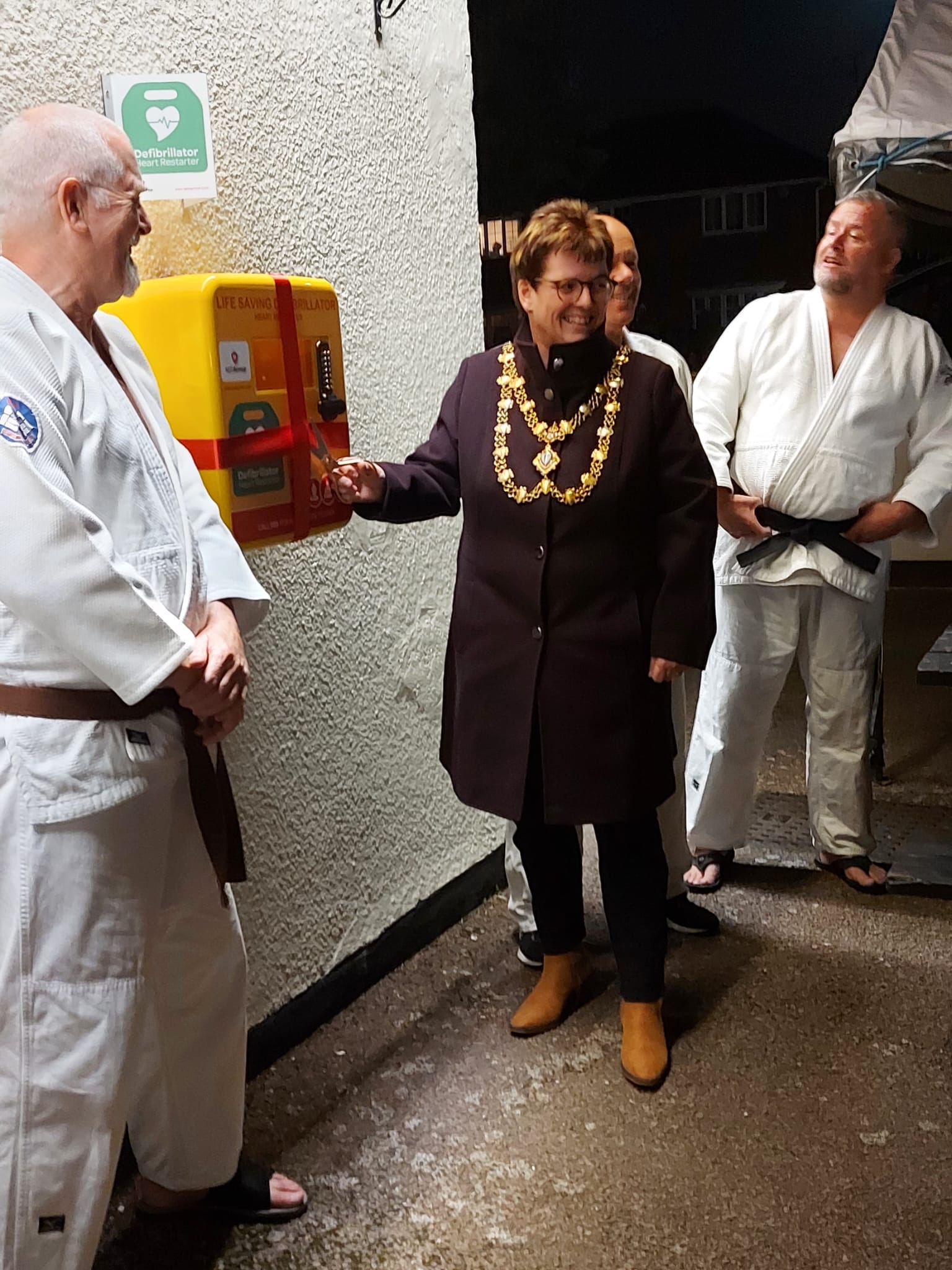 The Disability Resource Centre are one of the Mayor’s chosen charities and Cllr. Liz Jones went along to the Office at the Mayfield Centre on Friday afternoon. “It was lovely to see and hear how they have continued to deliver the range of services throughout the pandemic and continue to support customers each week,” she said. 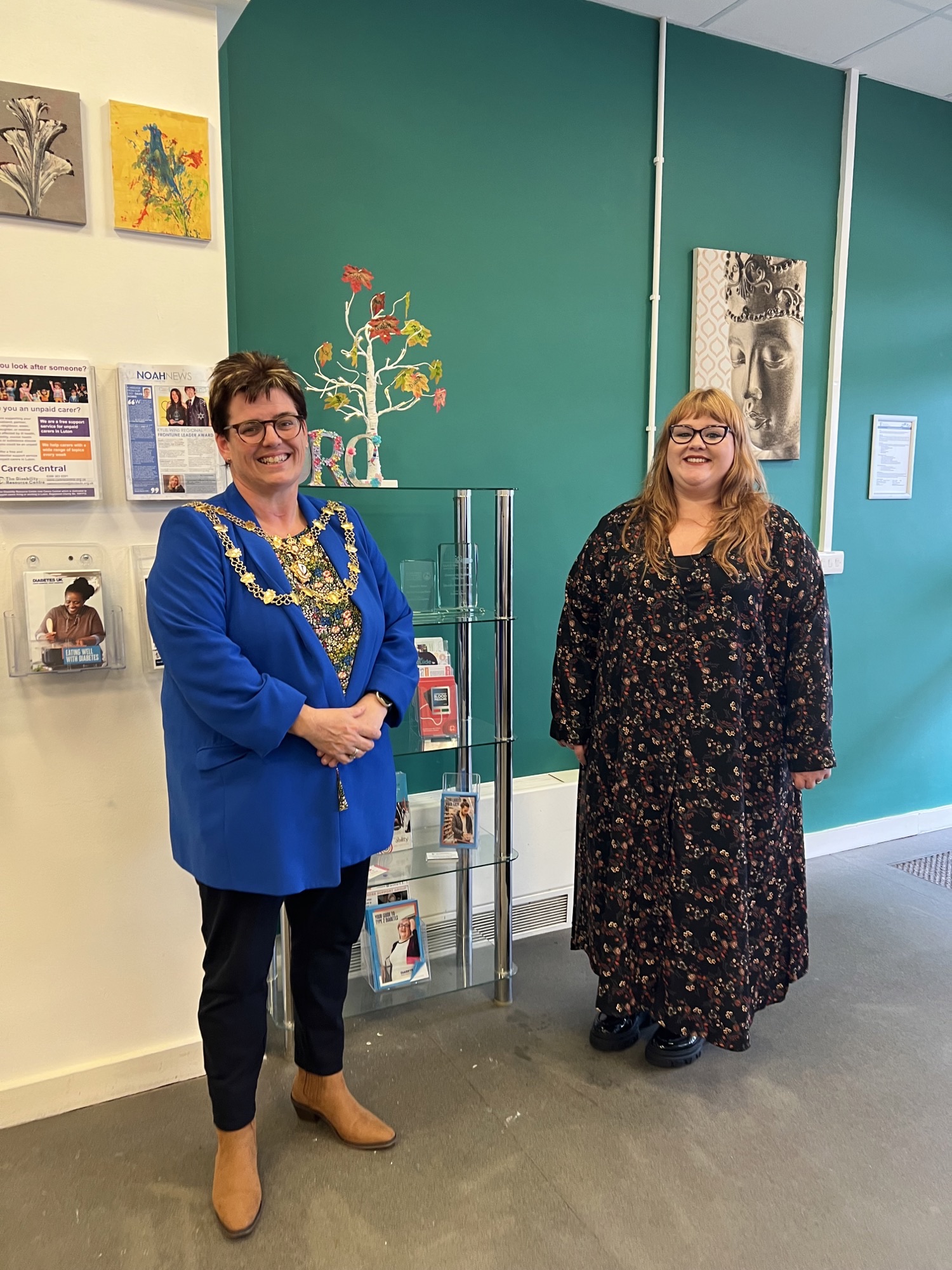 On Friday evening, the Mayor of Houghton Regis hosted a Civic Reception recognising her year as Mayor. The Lord Lieutenant attended, along with the Chairman of Central Bedfordshire Council and local Mayors.

On Saturday, Cllr. Jones sponsored the match at Dunstable Town Football Club. Opposition on the day was Leighton Town and what better than to get both Mayors present to watch the match. Luckily, Dunstable came away the winners 2-1 on the day and climb above Leighton in the league. 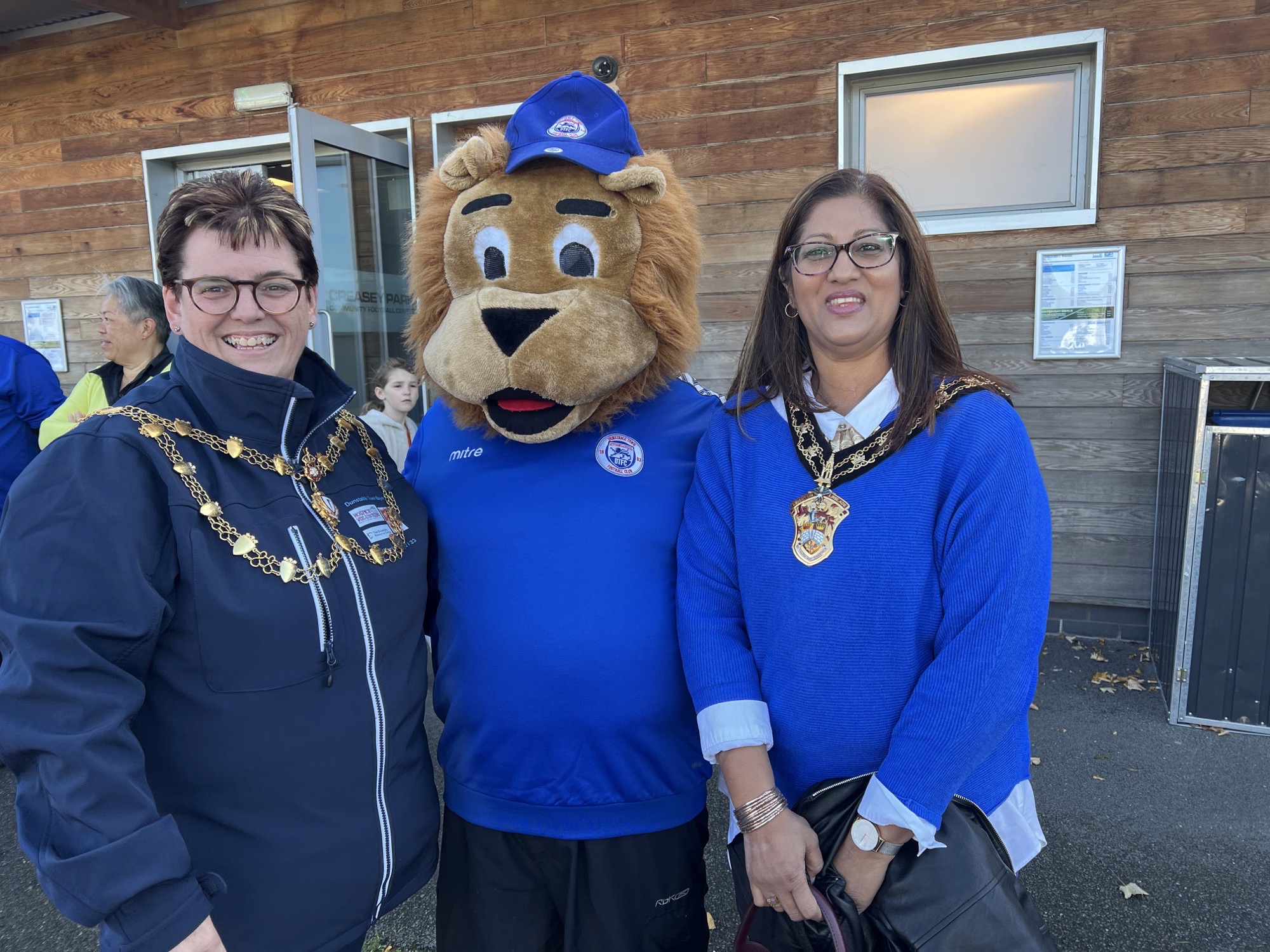 On Sunday, Cllr. Jones attended a Civic Service in Flitwick. Lord Lieutenant, Chairman of CBC and Mayors from across the county met at the Parish Church to support the Mayor of Flitwick. A lovely service that focused on the importance of community. 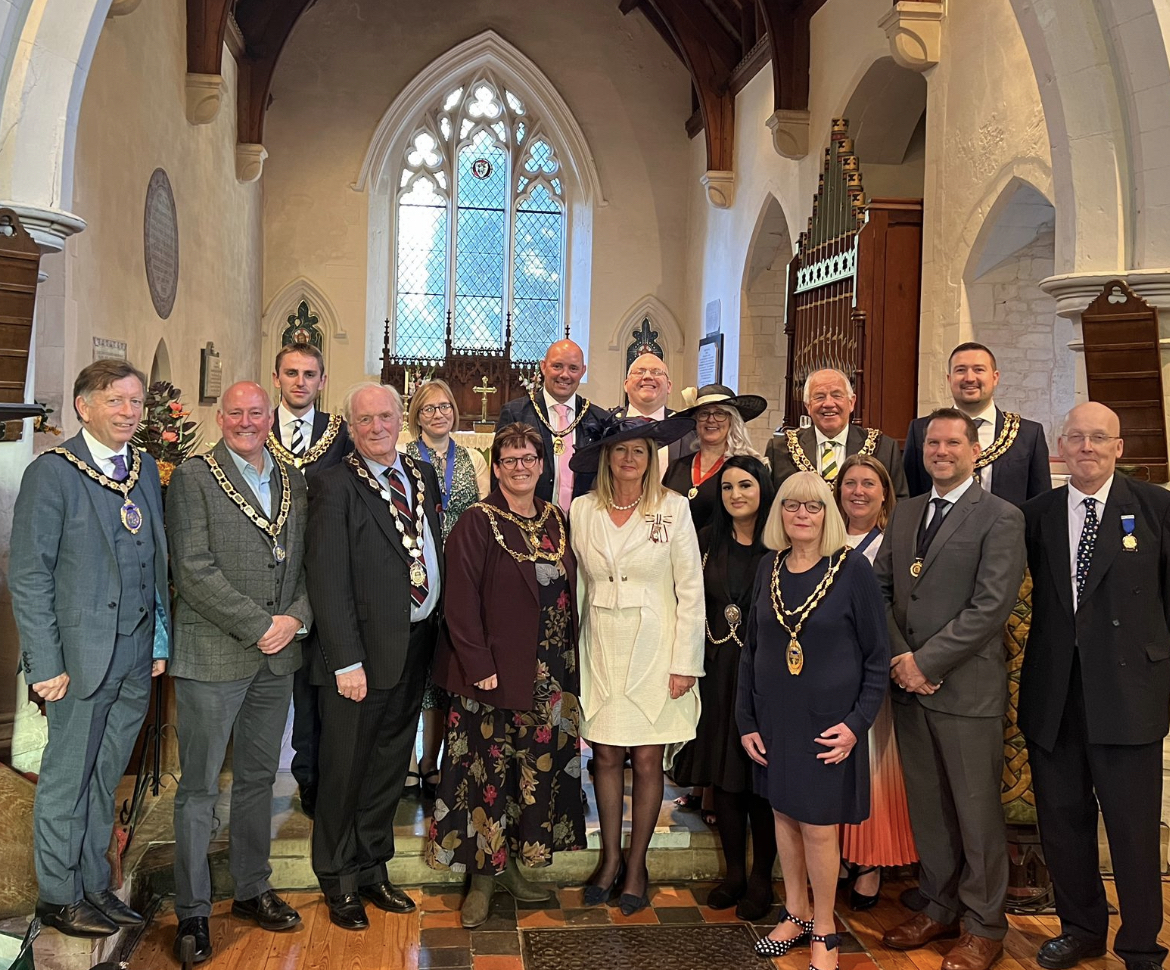 This week is very much focused on Dunstable and fingers are crossed for the results of Britain in Bloom on Monday.