This week, Dunstable Town Mayor Cllr. Liz Jones had several events to attend, as well as host one of her own!

On Monday, Cllr. Jones gave a talk at the Beecroft Older People’s Club about her year as Mayor and answered questions from those attending.

Thursday was the Mayor’s Charity Golf Day. “Thank you to all the sponsors, players and helpers – it was a fabulous day raising thousands for my charities,” said Cllr. Jones. 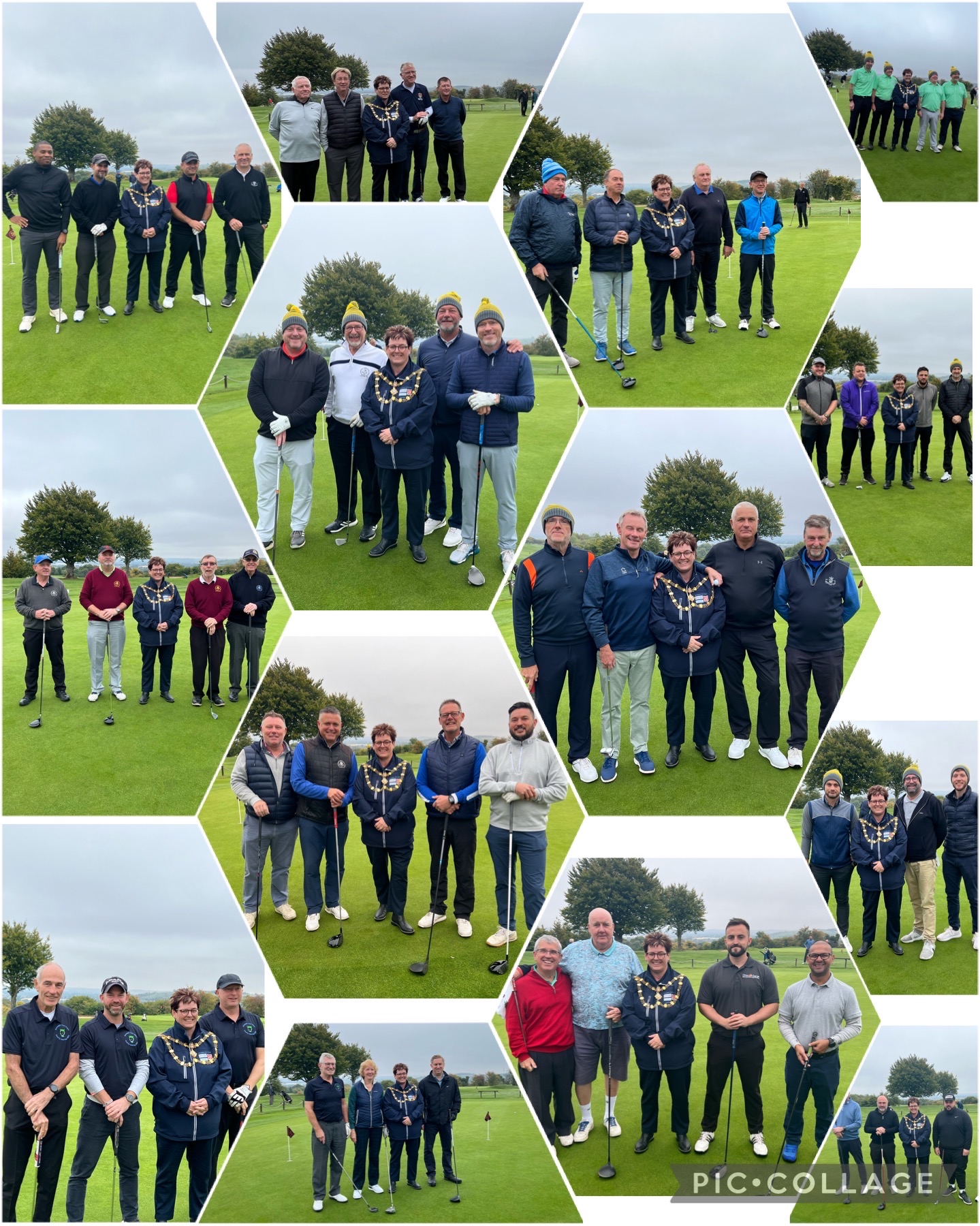 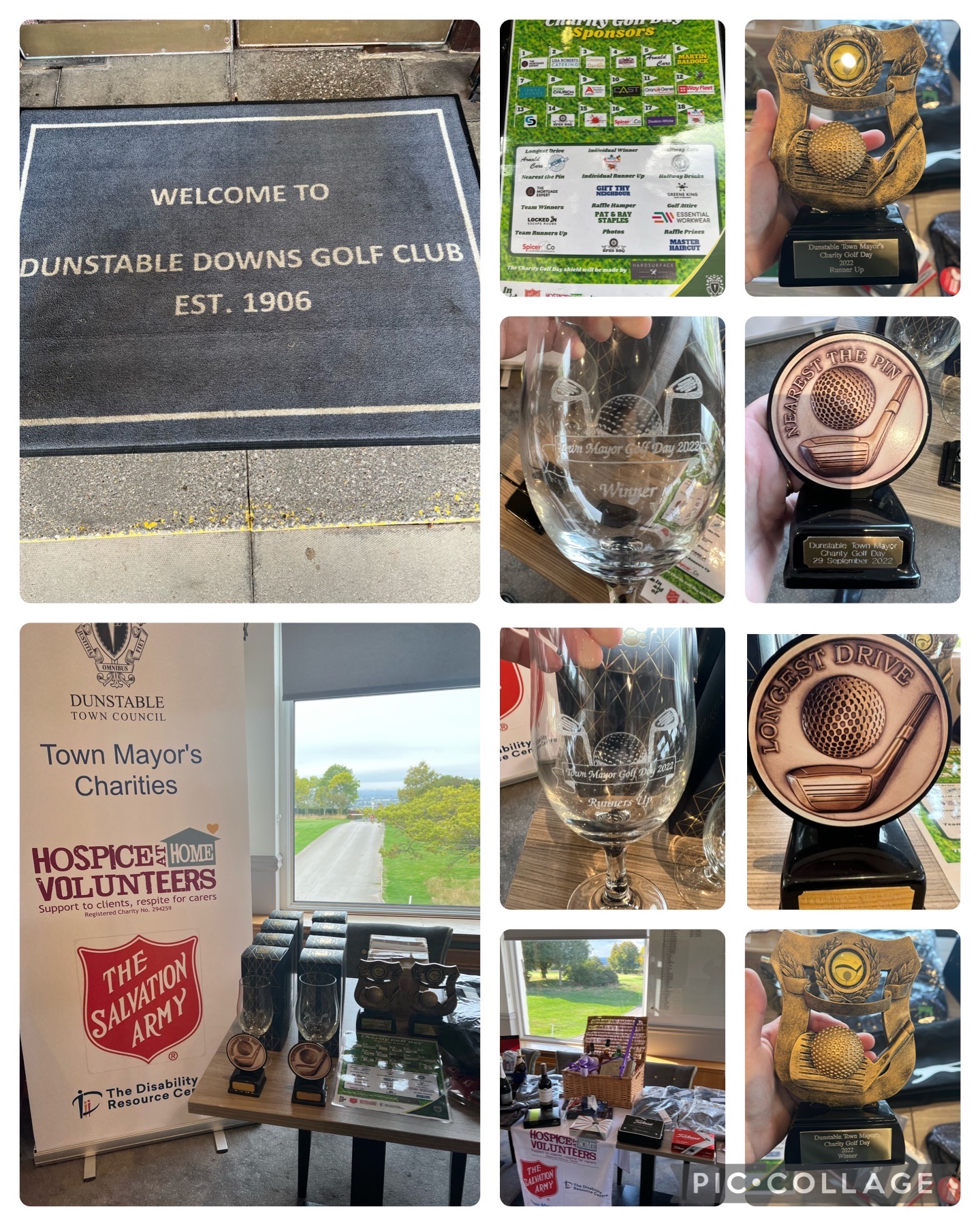 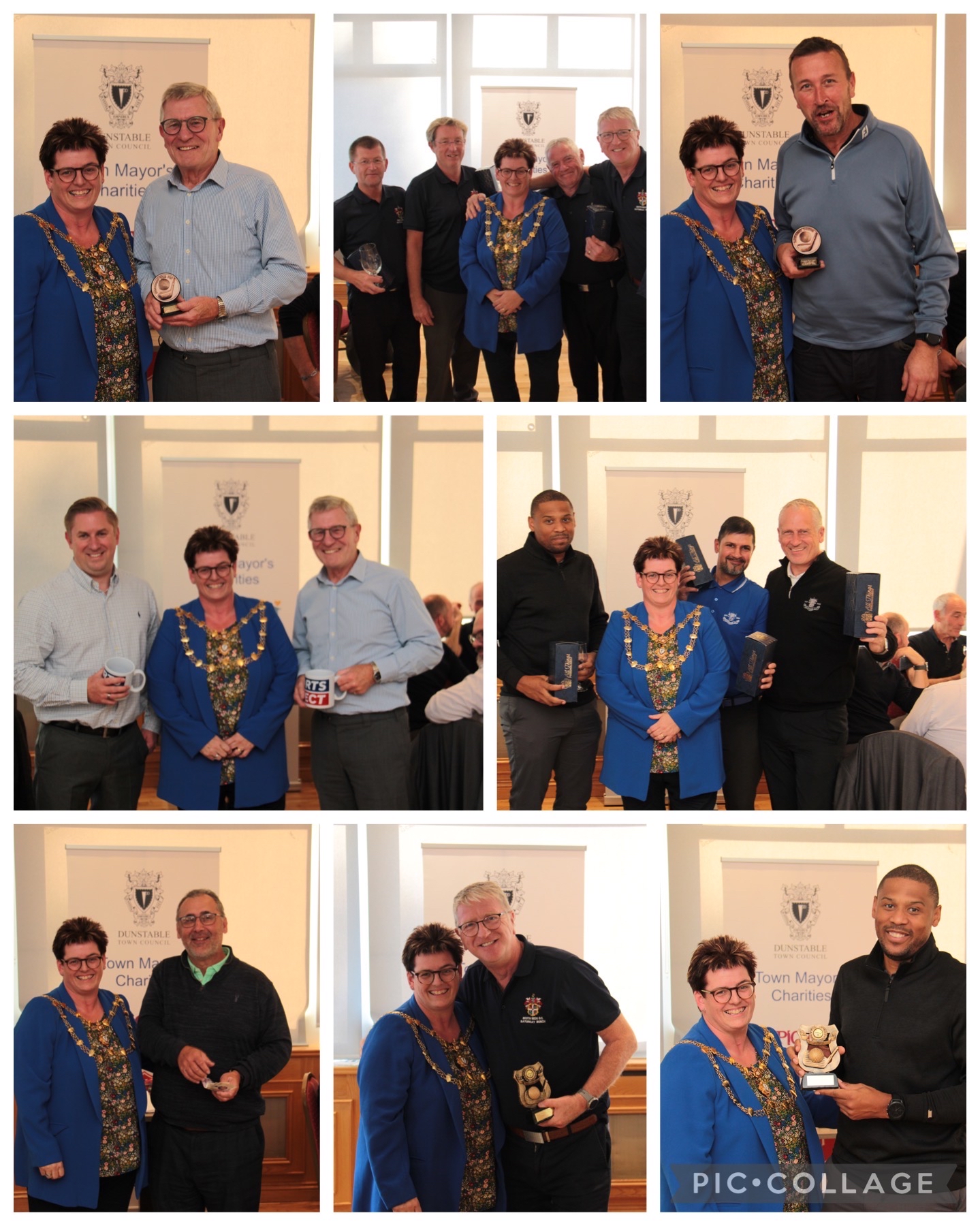 On Friday, the Town Mayor set herself a challenge to attend as many Macmillan Coffee Mornings as she could in 4 hours. Whilst there were not as many being held this year, Cllr. Jones still managed 4 in less than 2 hours! The Vale Academy was her first visit of the day, then it was to the COM Church, where there was a huge cake competition going on and some fabulous looking cakes. From there, Cllr. Jones walked to A-Plan on the High Street and then to Leaders the Letting Agents. 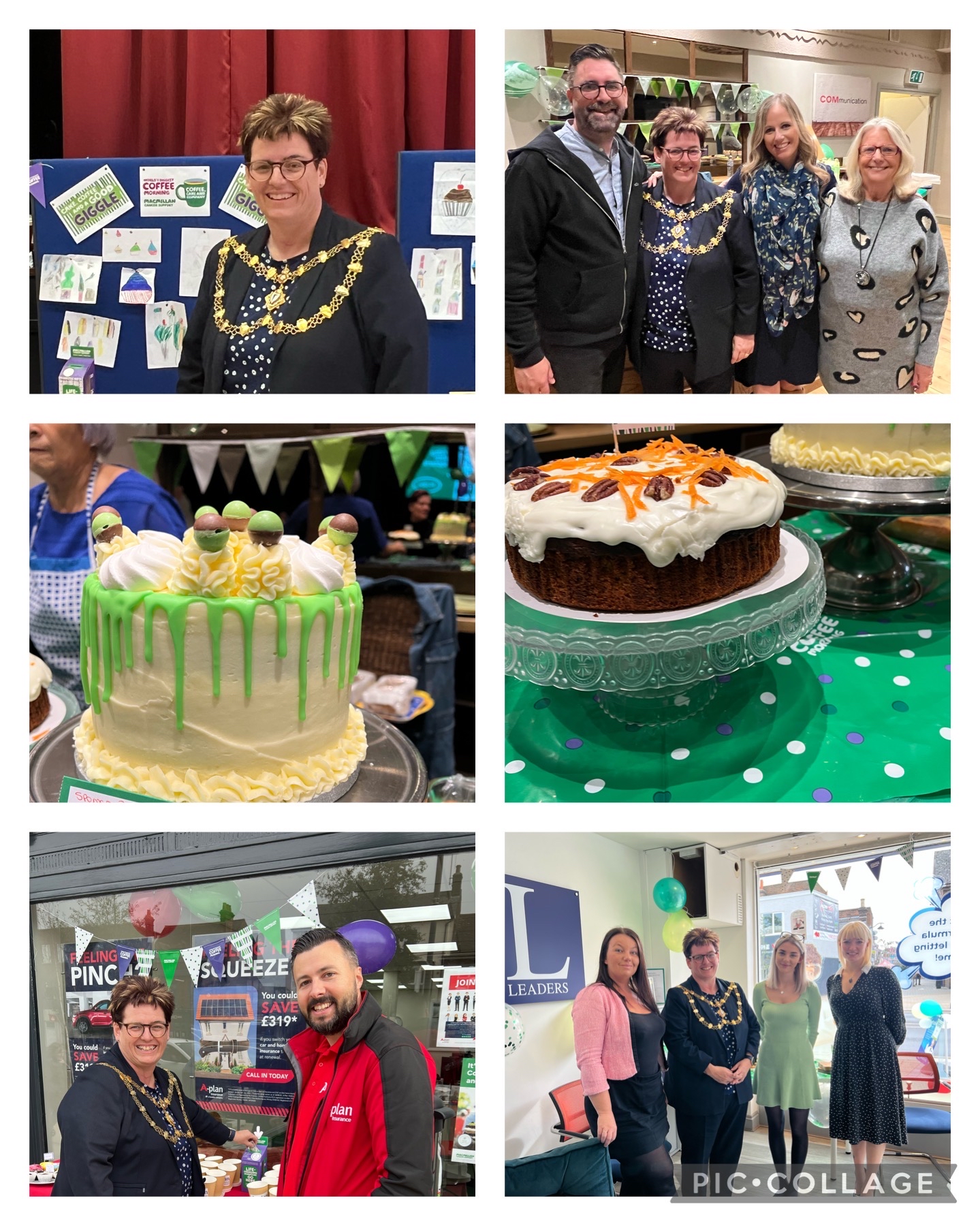 Whilst in town, once again the Town Mayor took the opportunity to visit some of the independent businesses and talk about the current trading levels. “It was good to hear that for at least one of the high street independent traders Septembers trading figures are up by 21% to last September and all traders have been telling me greater footfall is being seen,” remarked Cllr. Jones.

Cllr. Jones had no official events over the weekend, however she continued to support the community by planting over 350 bulbs on Sunday as part of the Dunstable In Bloom project to plant 3500 bulbs across Dunstable in coming weeks. Look out for their Facebook page which will tell you where, when and how you can become involved! 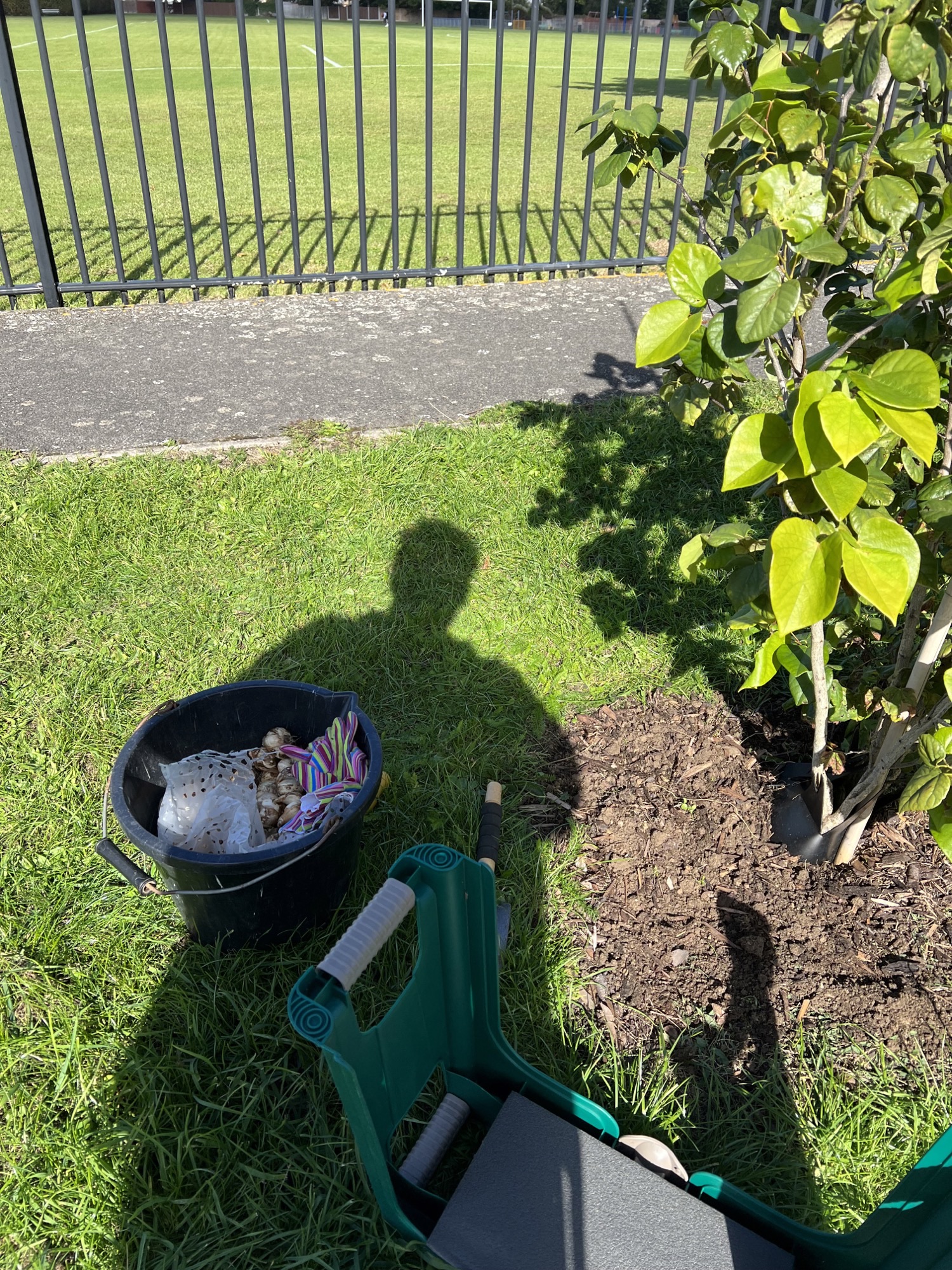 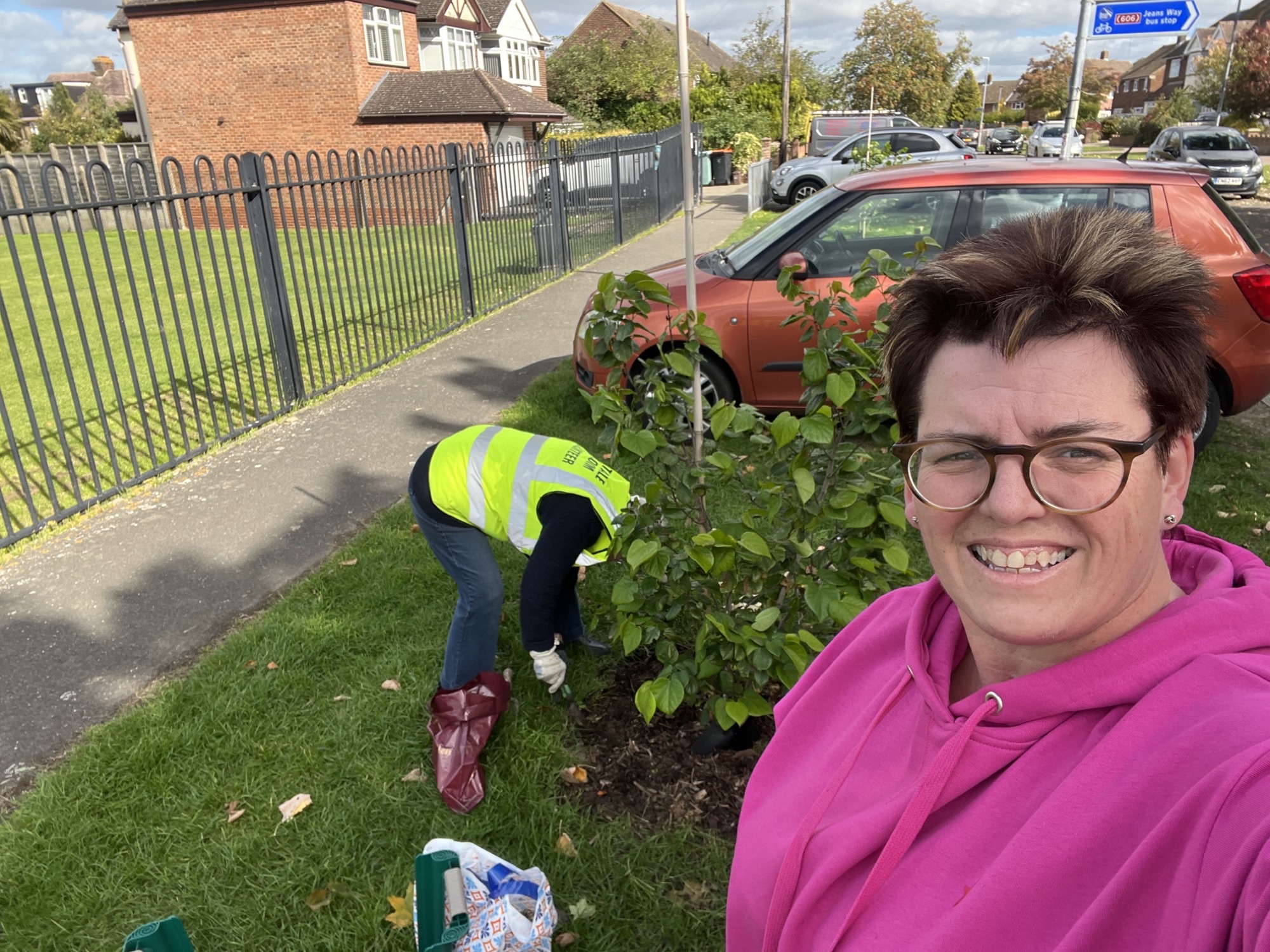 This week, Cllr. Jones will be attending the Town and Parish Council event; an opportunity to hear from key stakeholders and to share good practices. She will also be attending the Mayor of Houghton Regis’ reception.