Well, what a week that was! A Blooming good week all round.

Councillor Liz Jones has continued to support the Council’s Grounds team in watering and dead heading planters and beds in Grove House Gardens. “It was lovely to see the flowers continue to blossom and look so good in time for the Britain in Bloom Judges on Friday,” she said.

Cllr Lisa Bird attended the Green Flag awards event in Stoke on Trent on Tuesday in her role as Chairman of Grounds, where Dunstable Town Council retained our three Green Flags for Grove House Gardens, Priory Gardens and the Cemetery. We also achieved Heritage Status for Priory Gardens, supported by Historic England.

On Wednesday, Cllrs. Jones and Bird met with Property Agents, S.R.Wood, a family run business who has recently been successful in letting several vacant units across Dunstable Town Centre. “It was nice to meet them and discuss the new varied businesses coming into the town,” Cllr. Jones said.

Cllr. Jones met with the new Town Clerk and Chief Executive of Dunstable Town Council, Paul Hodson, on Wednesday afternoon, and it was an opportunity to reflect on the Council’s achievements to date, plus a look at what could be considered going forward.

Thursday saw the Town Mayor venture out to Totternhoe, where she was asked to judge the front garden competition, hanging baskets, planters and features. Accompanied by Marion, she was taken around the village to residential areas that had provided a good selection of well-kept gardens. It was a hard decision for some categories!

Cllr. Jones also spent time on Thursday visiting the Council’s Grounds team, recognising the hard work they have put in of late. She took them some well-deserved liquid refreshments which went down rather well after work! 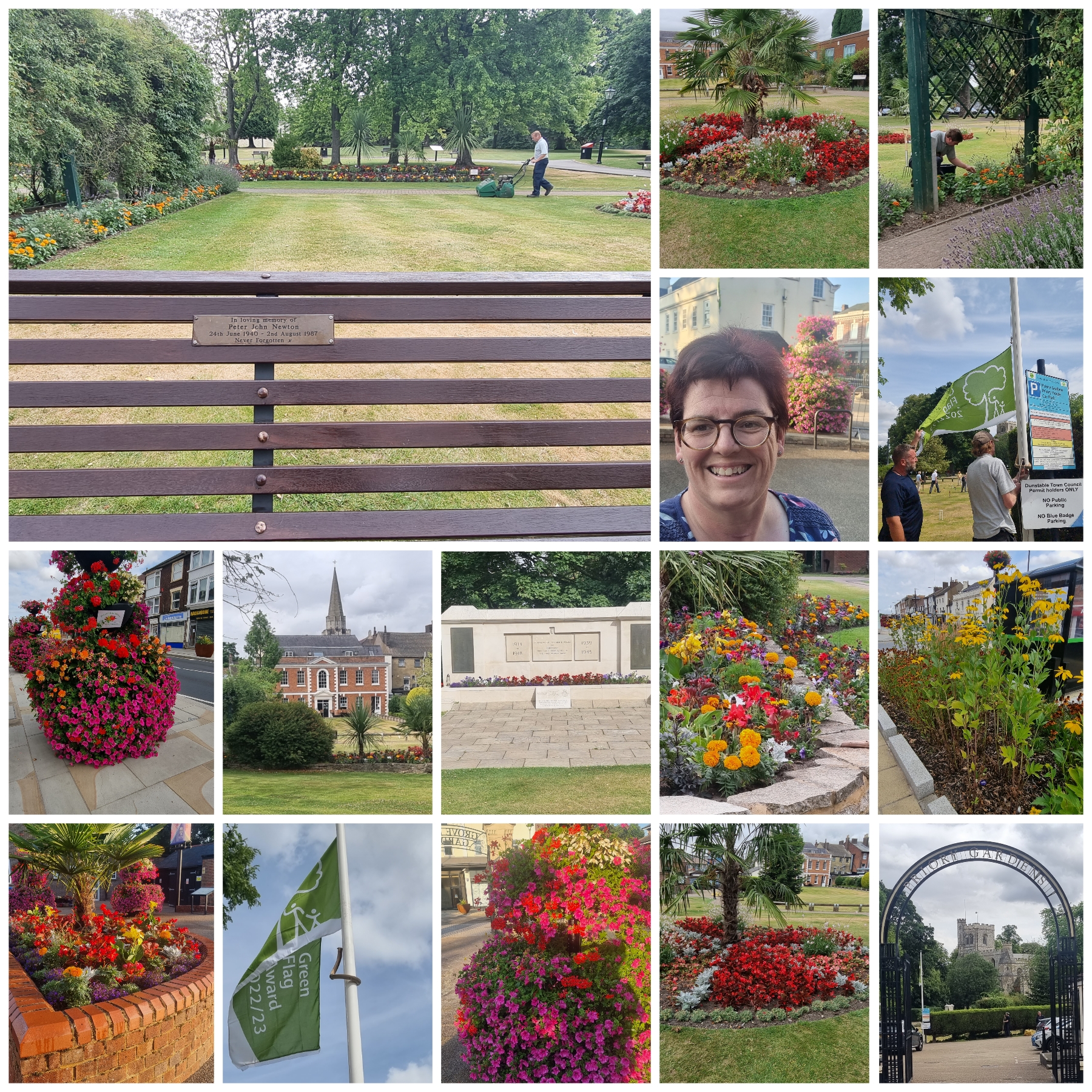 Friday was a long day! 6am watering and dead heading, with Cllr Bird, ahead of the judges arriving. Cllr. Jones then met with the judges at the end of their tour in Priory House; “they were very tight lipped but were impressed by what they had seen,” said Councillor Jones. Following lunch with the judges, it was Tea with the President at Dunstable Cricket Club. The annual president day match took place with a good number of spectators coming along to support. 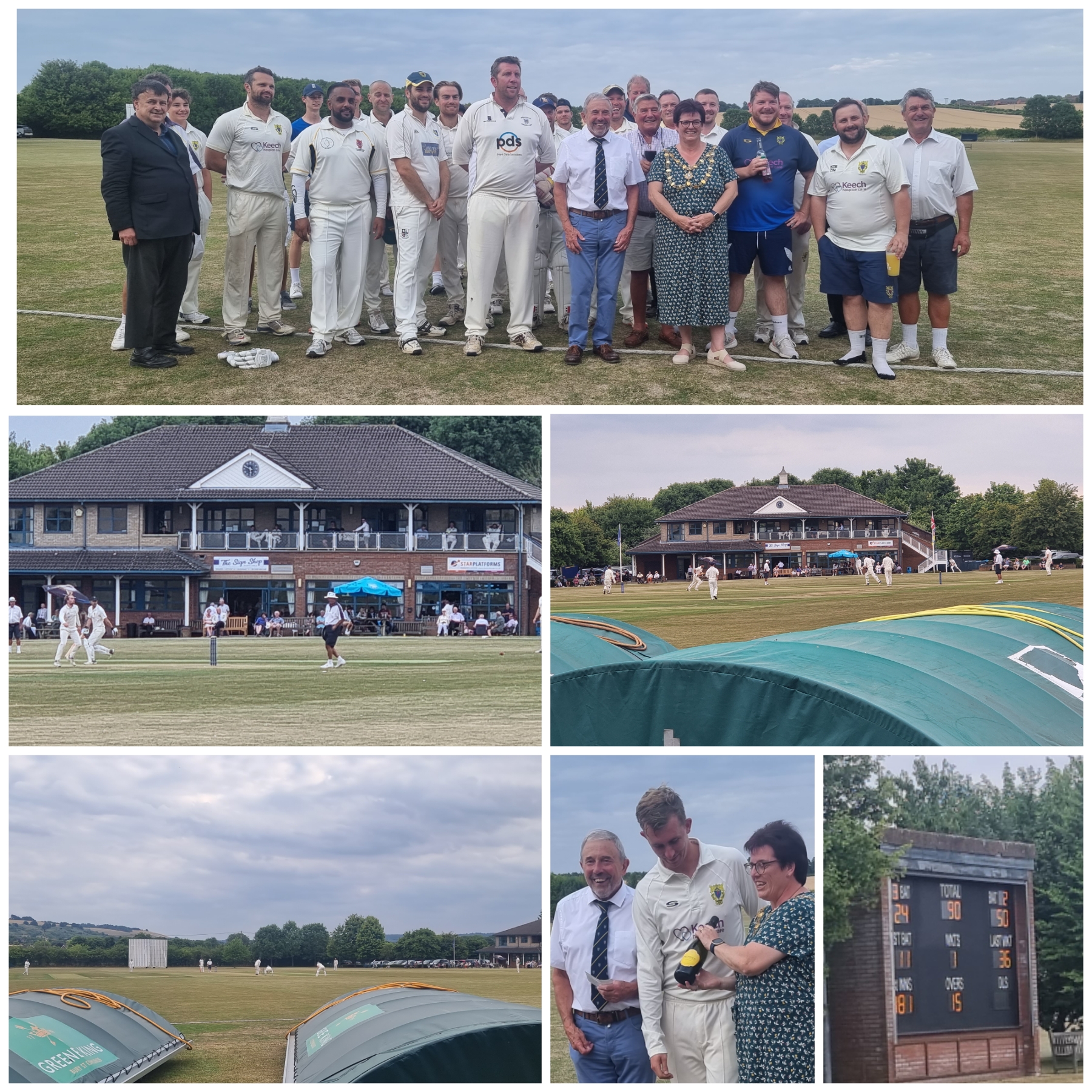 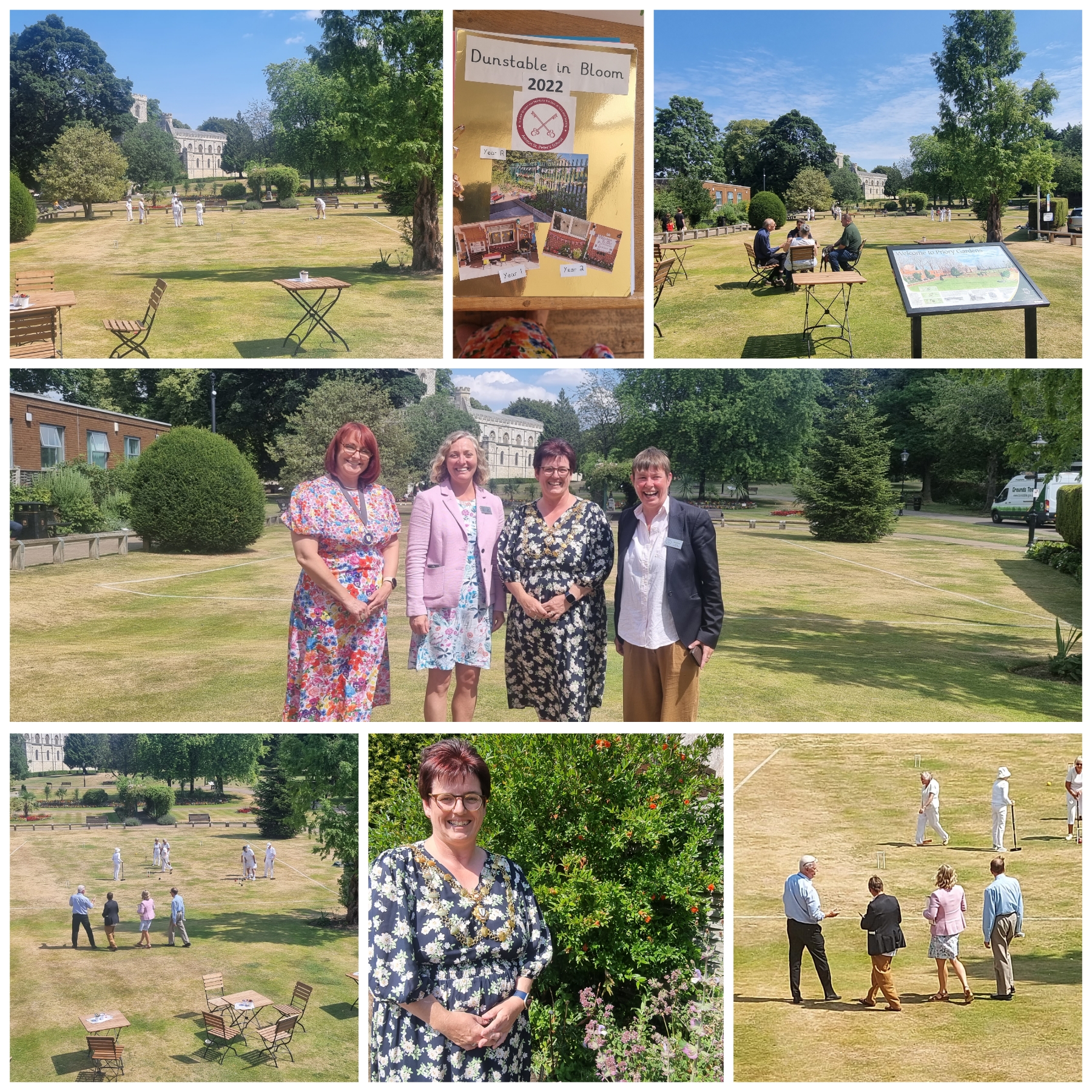 Saturday was a great day. Cllr. Jones started with a look at the gardens at Priory View, an assisted living unit, that the residents maintain. It was interesting to see and hear about how they work together and achieve great things. From there, she went to Priory Gardens and Around the World featuring the Dunstable Festival of Archaeology! A wonderful event that bought so many people to the town. 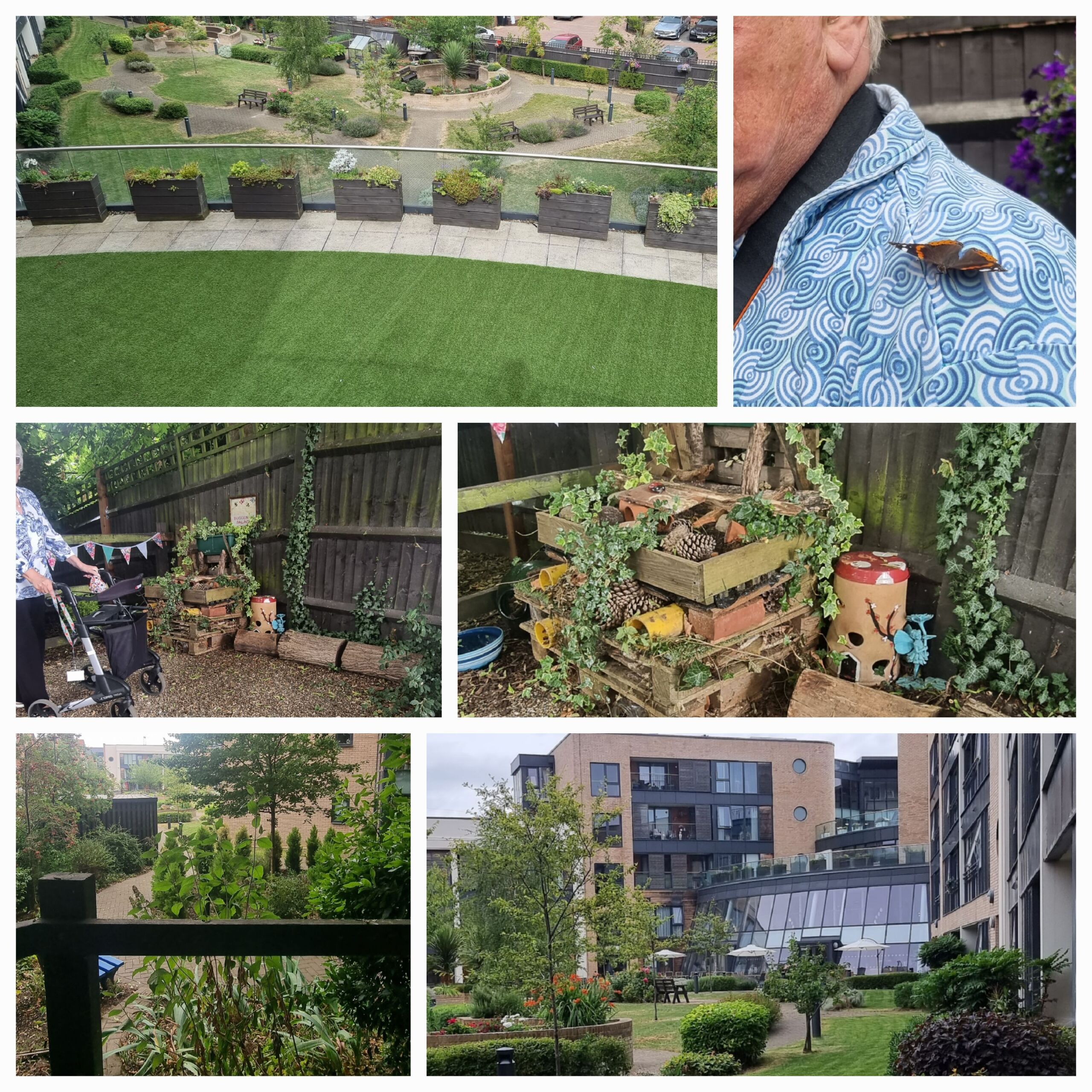 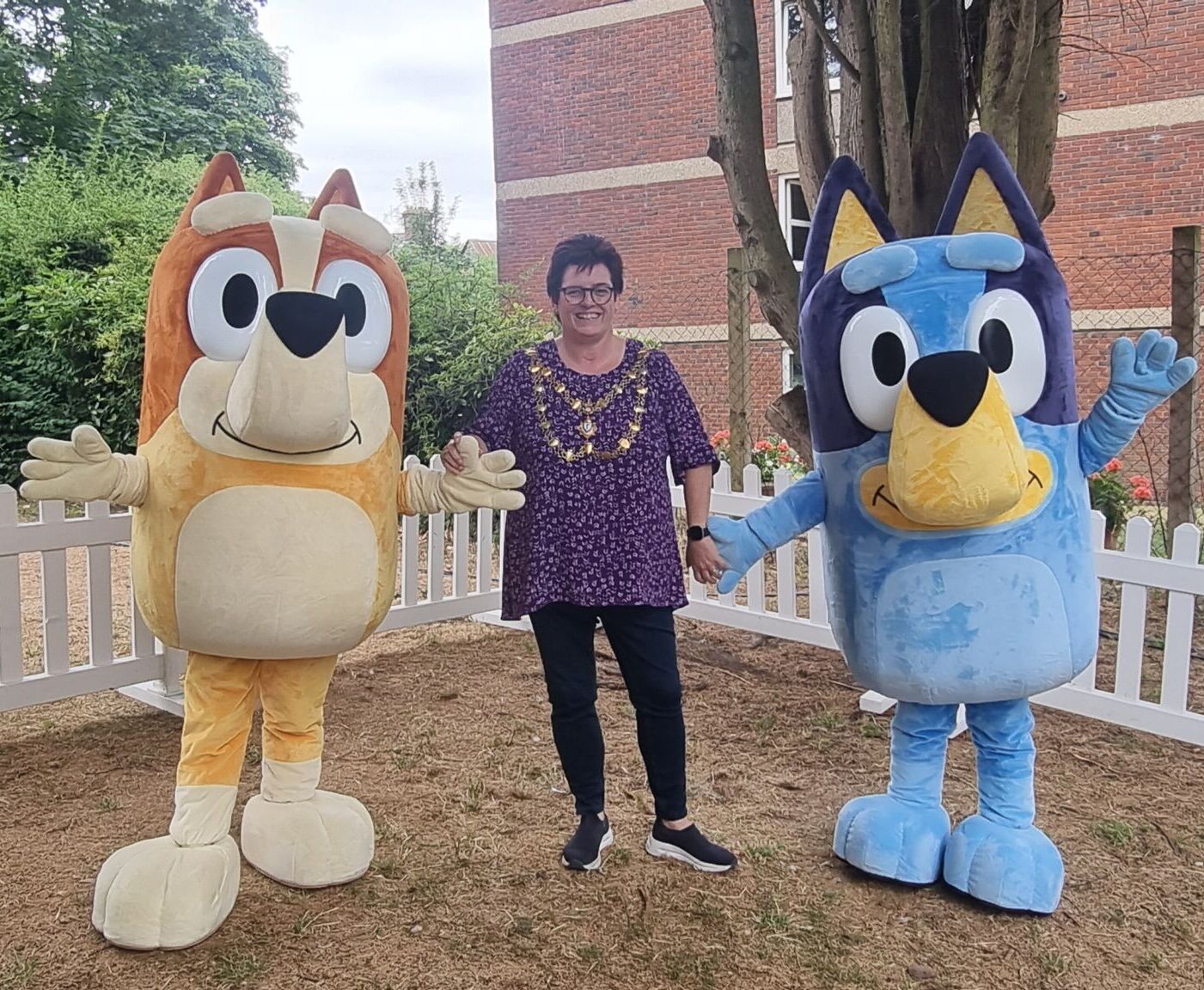 A much-needed day at home on Sunday planning the week ahead!

Don’t forget that tickets are still available for Jubilee Lunch at the Palace on 25 August, and there are still spaces for teams to join the Charity Golf Day on 29 September!