The ceremony took place on Sunday 11 September 2022, and was attended by local residents, representatives of local organisations, Town and Central Bedfordshire Councillors and past Mayors of Dunstable. The ceremony saw the Deputy Lieutenant introduce the accession proclamation, and Cllr. Jones read the proclamation of the accession of King Charles III, followed by three cheers for the new Sovereign. Dunstable Town Band then played the National Anthem, and all those in attendance sang along.

The Deputy Lieutenant and the Mayor then walked to Priory Gardens to lay floral tributes.

Dunstable Town Mayor, Cllr. Liz Jones said: “It was a complete honour and privilege to read the Proclamation at this afternoon’s gathering. It was lovely to have so many people come out to watch and take part, and to then walk with us to Priory Gardens to lay the floral tributes.” 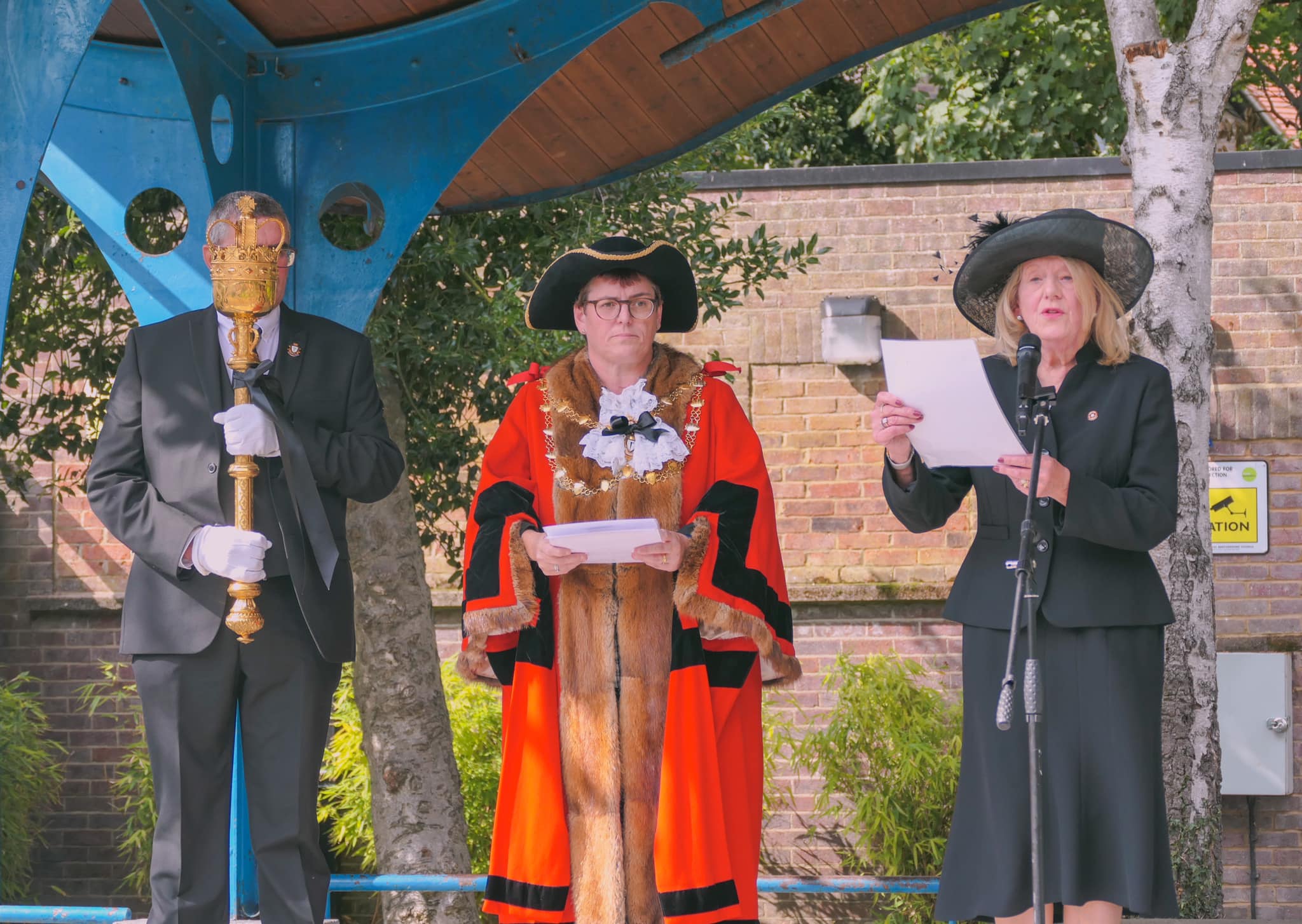 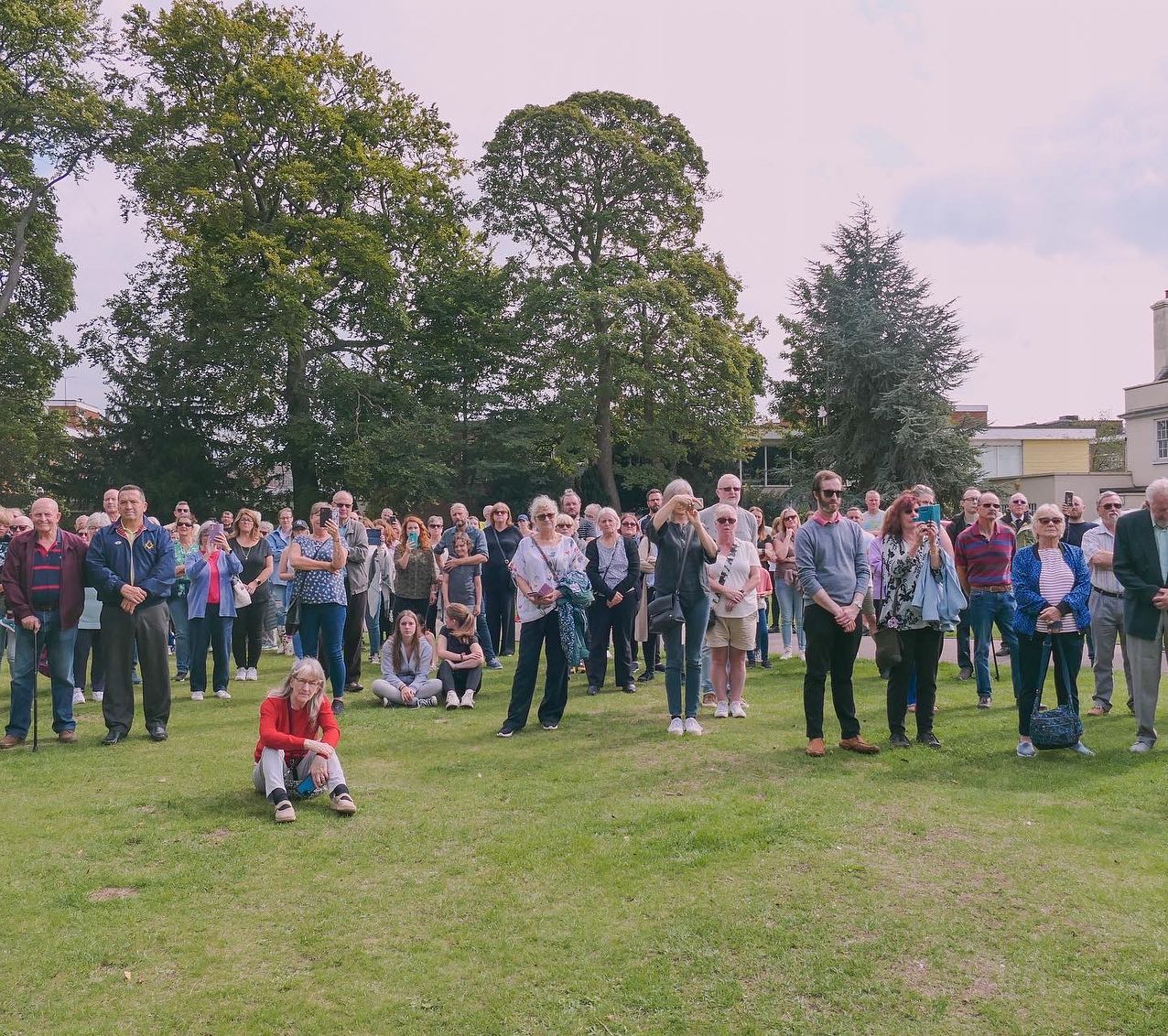