The last week has been somewhat quieter, but by no means less enjoyable!

A visit to the now open Tim Horton’s on the White Lion Retail Park to see the new restaurant and to wish them well with their opening. An opportunity to try and enjoy some of the menu. Cllr. Jones recommends the chicken BBQ wrap and the strawberry milkshake! 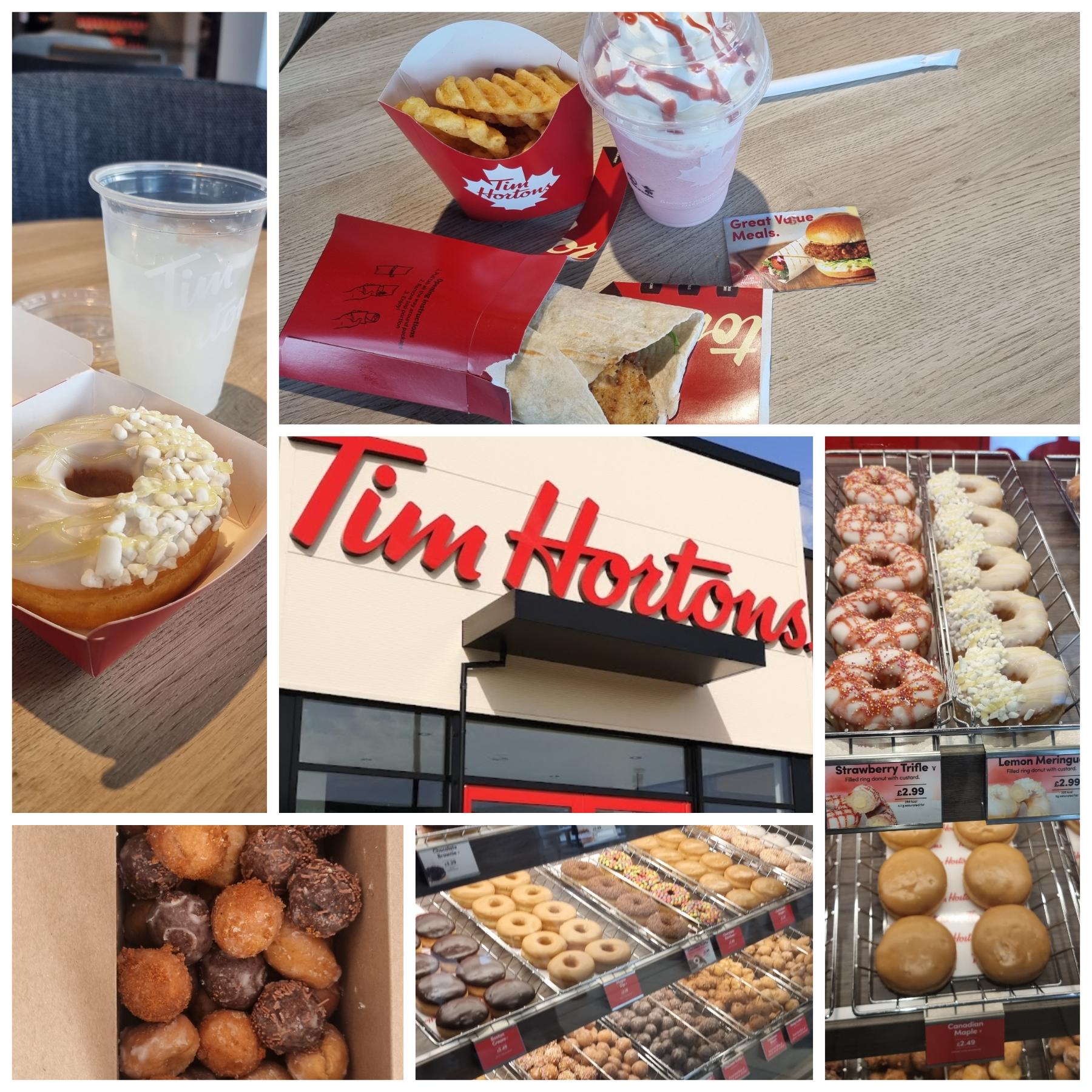 Deputy Mayor, Cllr. Lisa Bird, attended the 3rd Dunstable Scout Group AGM on Tuesday and was pleased to see how the renovation of the building had made such a positive impact on the group.

Cllr. Jones attended the District Scout AGM and was equally pleased to hear how scouting had continue to attract new young people throughout the COVID-19 period. Congratulations to the two scouts who have been selected to represent at the next Jamboree! 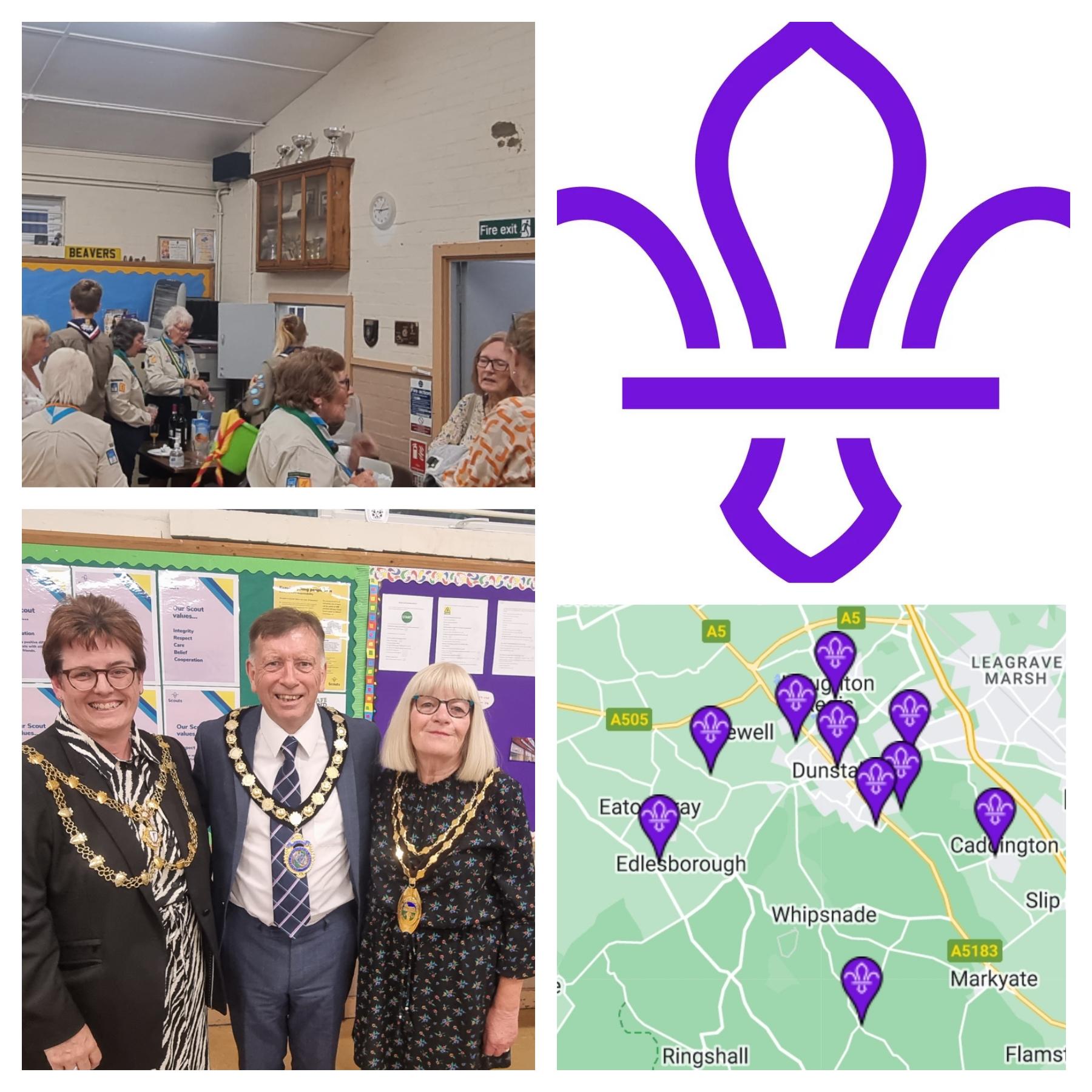 On Thursday, the Mayor attended two events! Central Bedfordshire held an awards ceremony for students and family to recognise Best in Class and Most Improved. Some of the stories behind the achievements were inspiring to hear about. On Thursday evening, 9 schools came together for Inspiring Music’s Something of Summer concert in Houghton Hall Park. A cold, wet evening, but spirits were not dampened and the singing and playing of instruments could be heard from afar. 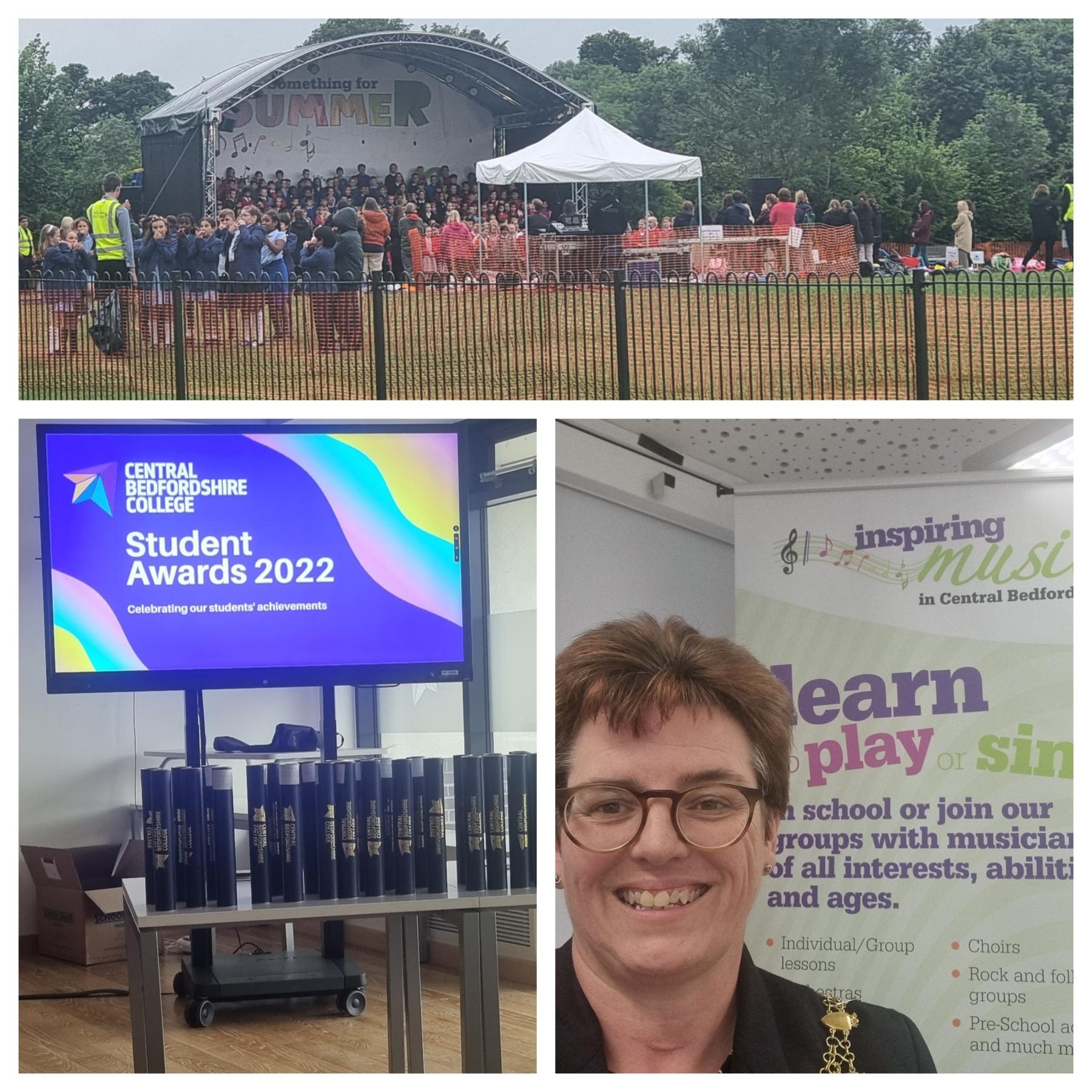 Friday was the return of visiting Ridgeway Lodge, a 60 bed unit, with 48 residents currently living there. Lovely to see the transformation made to what was once a very old feeling/tired home, to now a vibrant modern one with a team of staff who really do care for those living there. An afternoon of fun in the garden for residents, with live singer, BBQ, and drinks with their families.

The Beating of the Retreat was Saturday’s event at Howbury Hall, Renhold. The annual event is in aid of the Army Benevolent Fund and provides opportunity for invited guests to come along and to support. This year the formal proceedings were led by The Colchester Army Band. 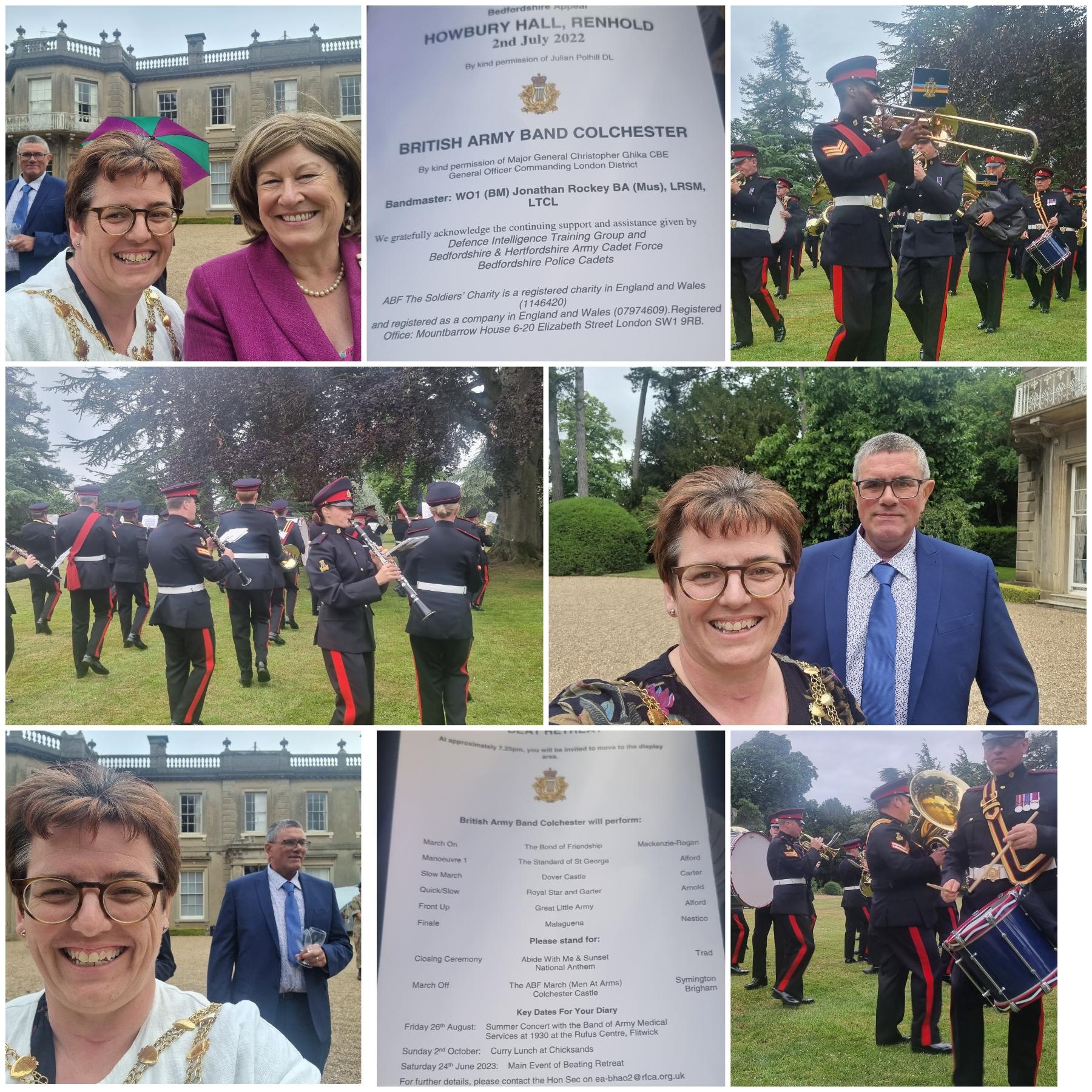 Staying on the theme of Brass Bands, Cllr. Jones opened the second weekend of Brass Bands at Grove Gardens. The Bands were The Heath Band and Toddington Town Band this week who played to an appreciative audience. Thanks to Cllr. Matt Brennan for opening the second concert. 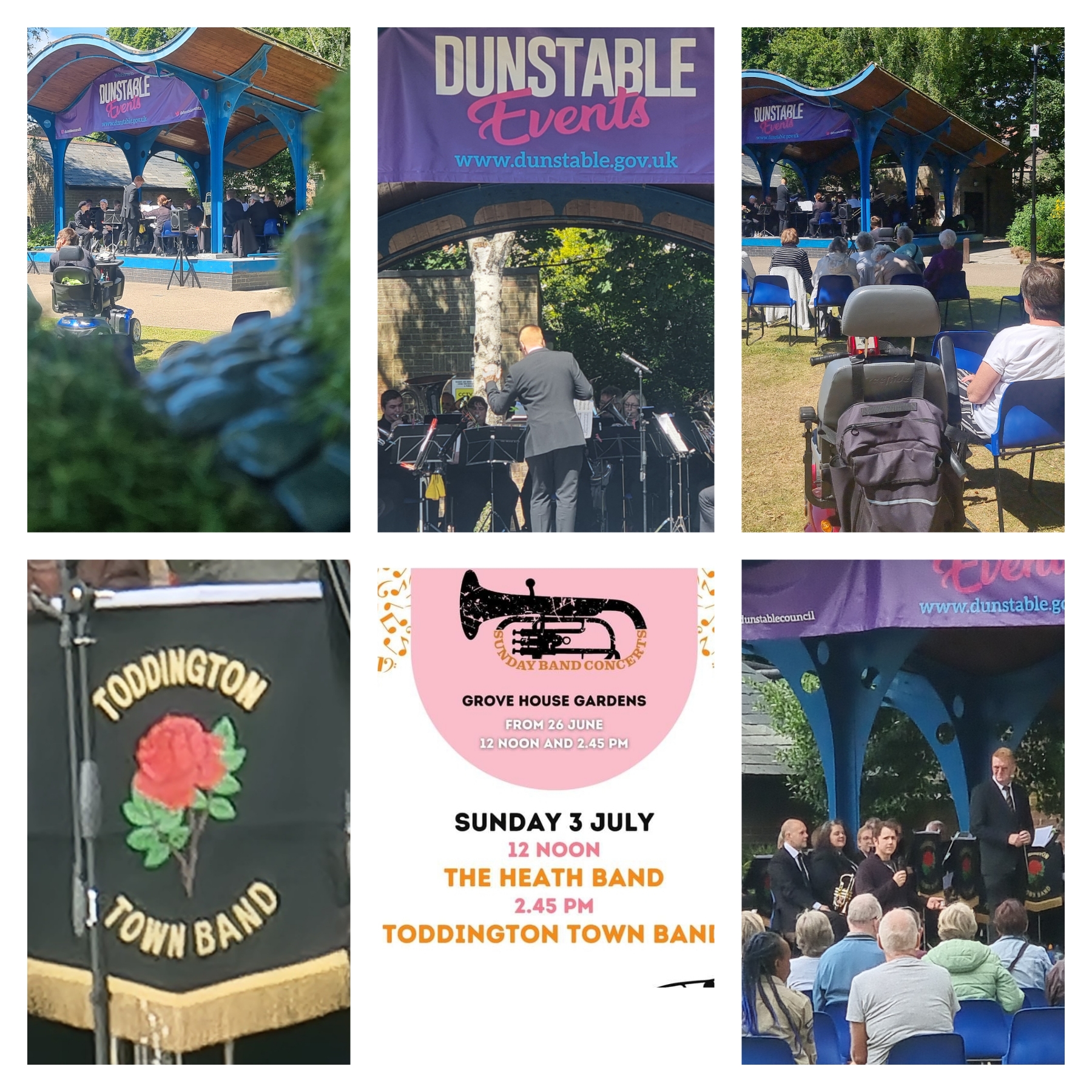 If you would like the Mayor and/or Deputy Mayor to attend your event, your business or group then please contact Ian Reed via Ian.reed@dunstable.gov.uk or on 01582 891401.