This week the Mayor hosted a reception for everyone who has supported the In Bloom Campaigns in some way. It was a lovely evening with people coming from various organisations, residents, and some of the grounds team. The Mayor says, “it was an honour to host the reception as a small token of appreciation for everyone involved.” 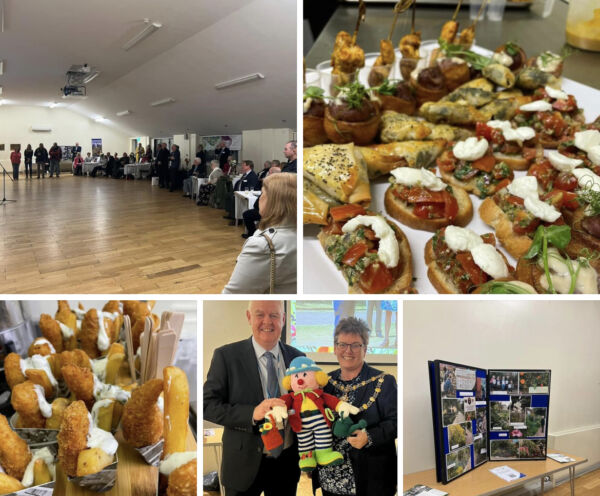 On Wednesday, the Mayor held a fundraising evening at the Coconut Garden restaurant in aid of her charities. With 40 people in attendance, they were served a delightful meal and a raffle was held raising a good some of money for the charities. 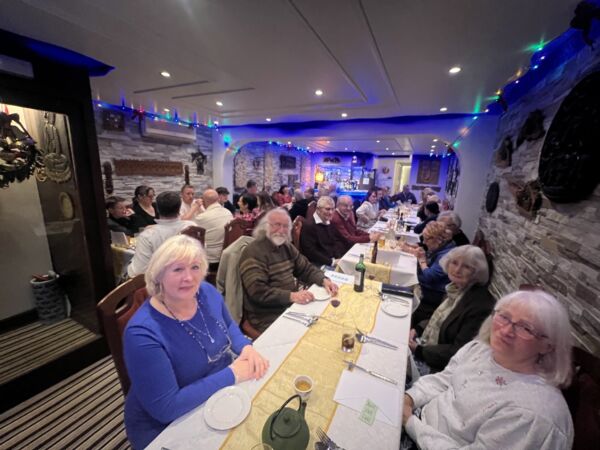 As part of the High Street Action Zone (HSHAZ) project, a History of Gin event was held at Priory House on Thursday evening. The Mayor welcomed the group to the house before heading onto the first of many Carol Concerts. 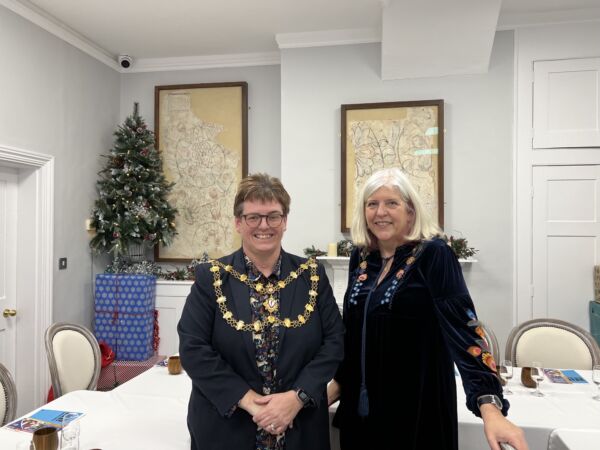 The Trefoil Guild invited the Mayor to attend their Carol concert at The Vale Academy with the U3A choir singing. The evening, which includes a raffle, raised money for Keech Hospice. 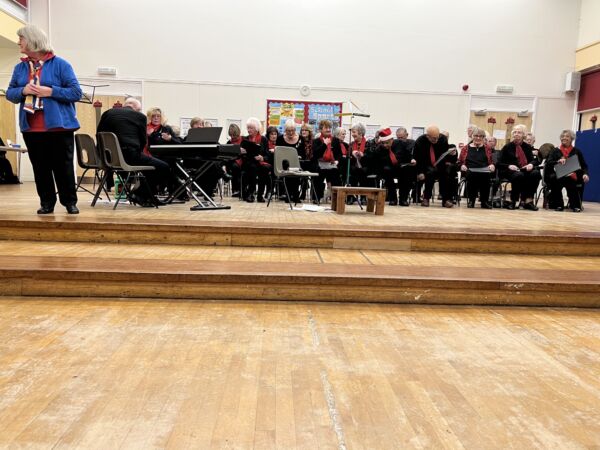 On Friday, the Mayor spent time planning her Carols around the Tree event on Saturday 10 December at 3 pm; and visited the EFES Turkish Restaurant to look at their recent transformation and discuss the January fundraising event planned. 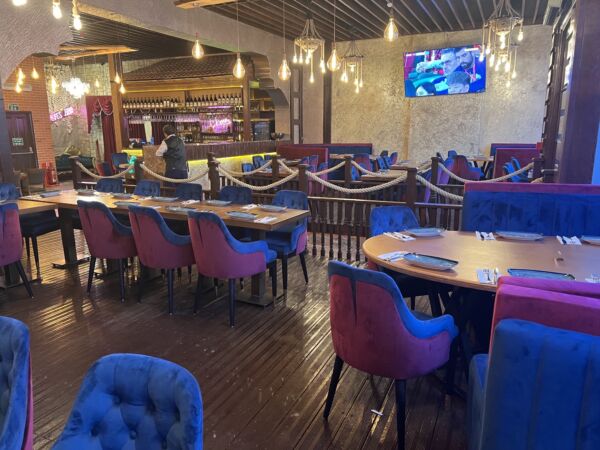 On Saturday morning the Mayor started her busy day by helping the Dunstable Foodbank at Tesco Extra and helped to pack up over 14 crates of donated food. She then went along to The Workhouse where she met with the winners of her Christmas Card Competition and presented them all with prizes. From there, Cllr. Jones spent 90 minutes cheering on AFC Dunstable at Creasey Park Community Football Centre. The Mayor had sponsored the match ball and was therefore invited along with Cllr. Peter Hollick as her guest. 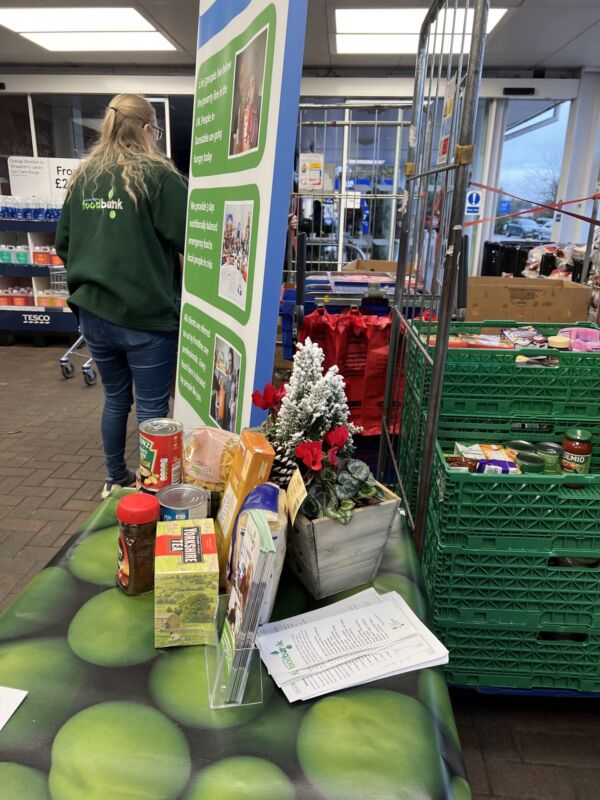 Saturday was rounded up by Cllr. Lisa Bird, Deputy Mayor, who attended on the Mayor’s behalf the Houghton Regis Carol service and light switch on.

Both the Mayor and Deputy Mayor enjoyed a Sunday at home with family ahead of a very busy week ahead.