During the last week, Dunstable Town Mayor Cllr. Liz Jones has attended several events where the themes have been supporting and recognising others.

On Thursday, Cllr. Jones attended the Pride of Dunstable Networking Lunch at the Old Palace Lodge, where a range of local businesses came together to talk networking, support each other and talk about what they are planning for the future. The guest speaker was Dunstable Town Council’s Town Clerk and Chief Executive, Paul Hodson, who provided an overview of the work of the Council and the challenges it faced. Paul also spoke about the importance of collaborative working.

On Thursday evening, Cllr. Jones, with her Deputy Cllr. Lisa Bird, attended the BBC Three Counties Radio Make a Difference Awards. The Mayor and Depuity met with lots of residents at the event, including some from the Hillcroft Allotments, who had been nominated by Sharon Warboys for their collective work in maintaining the communal areas of the site. Together they have created a calm, relaxing place to be and during COVID lockdown particularly it became a safe space to meet. They were highly commended in their category. That evening, Cllr. Jones also had the immense pleasure of congratulating Claire and Emily Roe for their fundraising activities. Following their mum’s cancer diagnosis during the lockdown, they decided to swim the equivalent of the English Channel raising over £3000 for Macmillan. Their story won the heart of the judges, and they came away as overall winners. 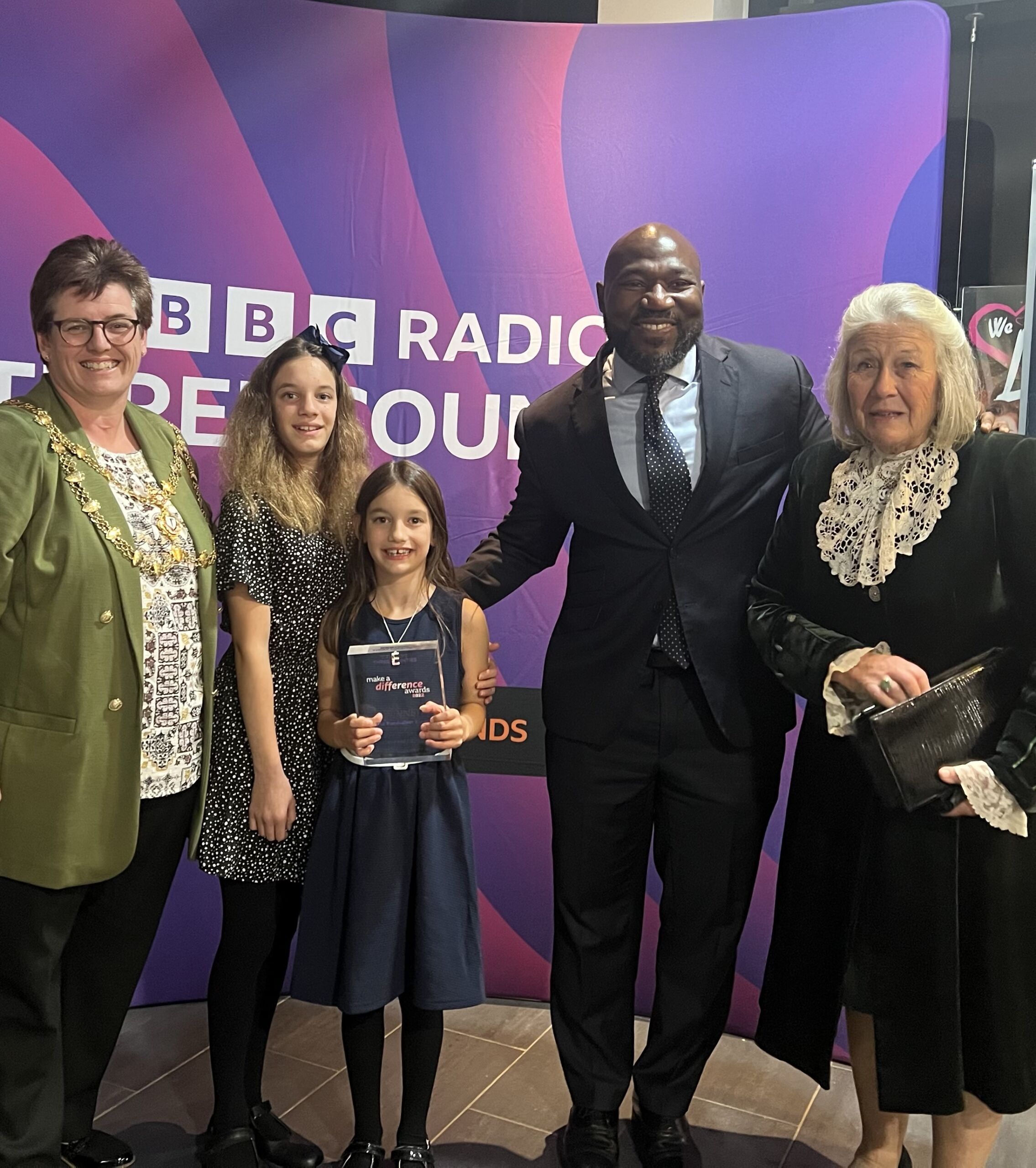 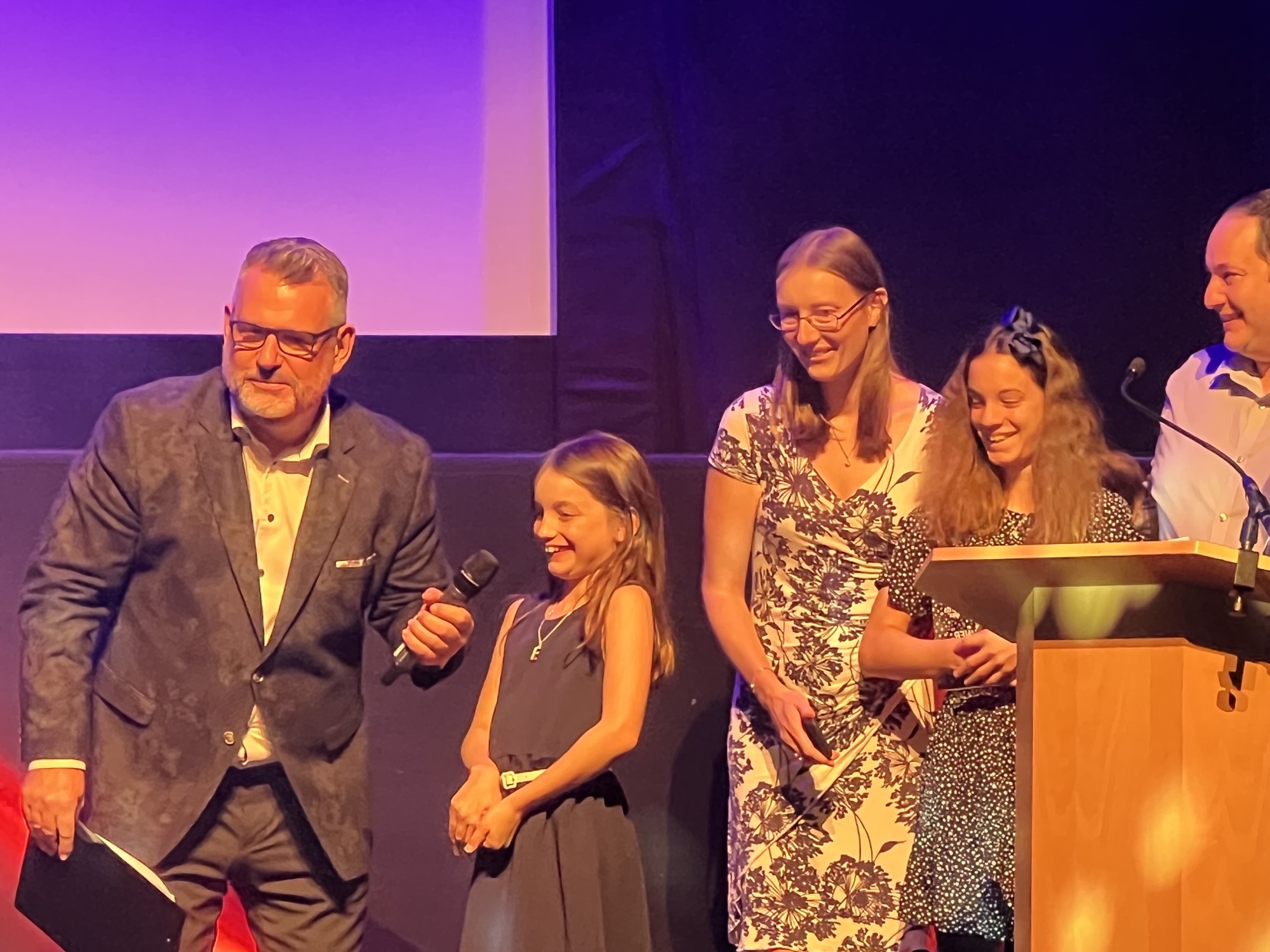 Saturday arrived and it was celebration day! A young family twelve months ago invested in their future by opening a shop selling gift items in the Quadrant. Theo’s Future held an anniversary event to celebrate, and the family also opened their second business called Archie’s Bakery. Both businesses named after their two young children promise to be here serving the community for years to come. Whilst in town, Cllr. Jones also visited the newly opened Eden Flowers and Gifts. 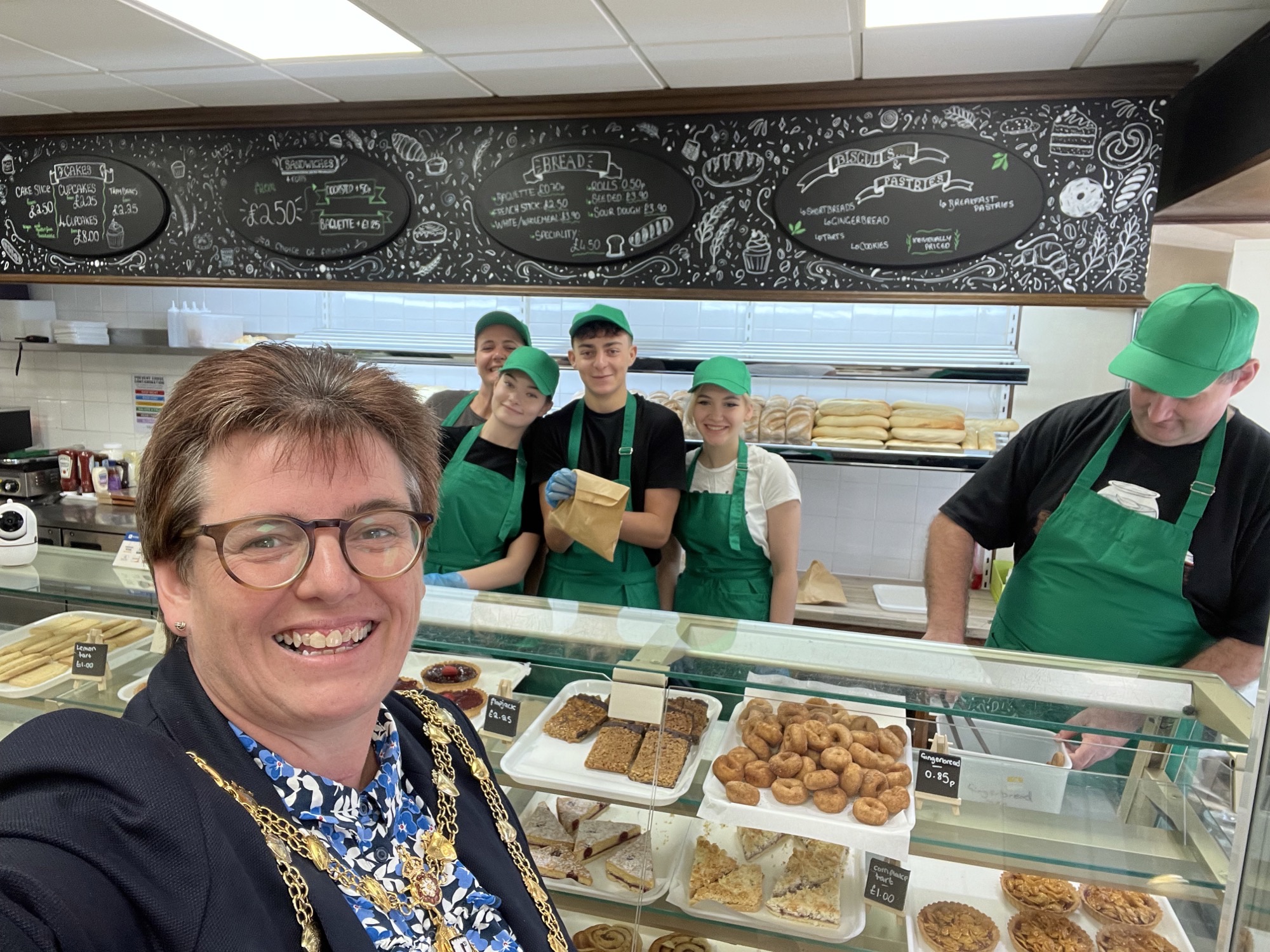 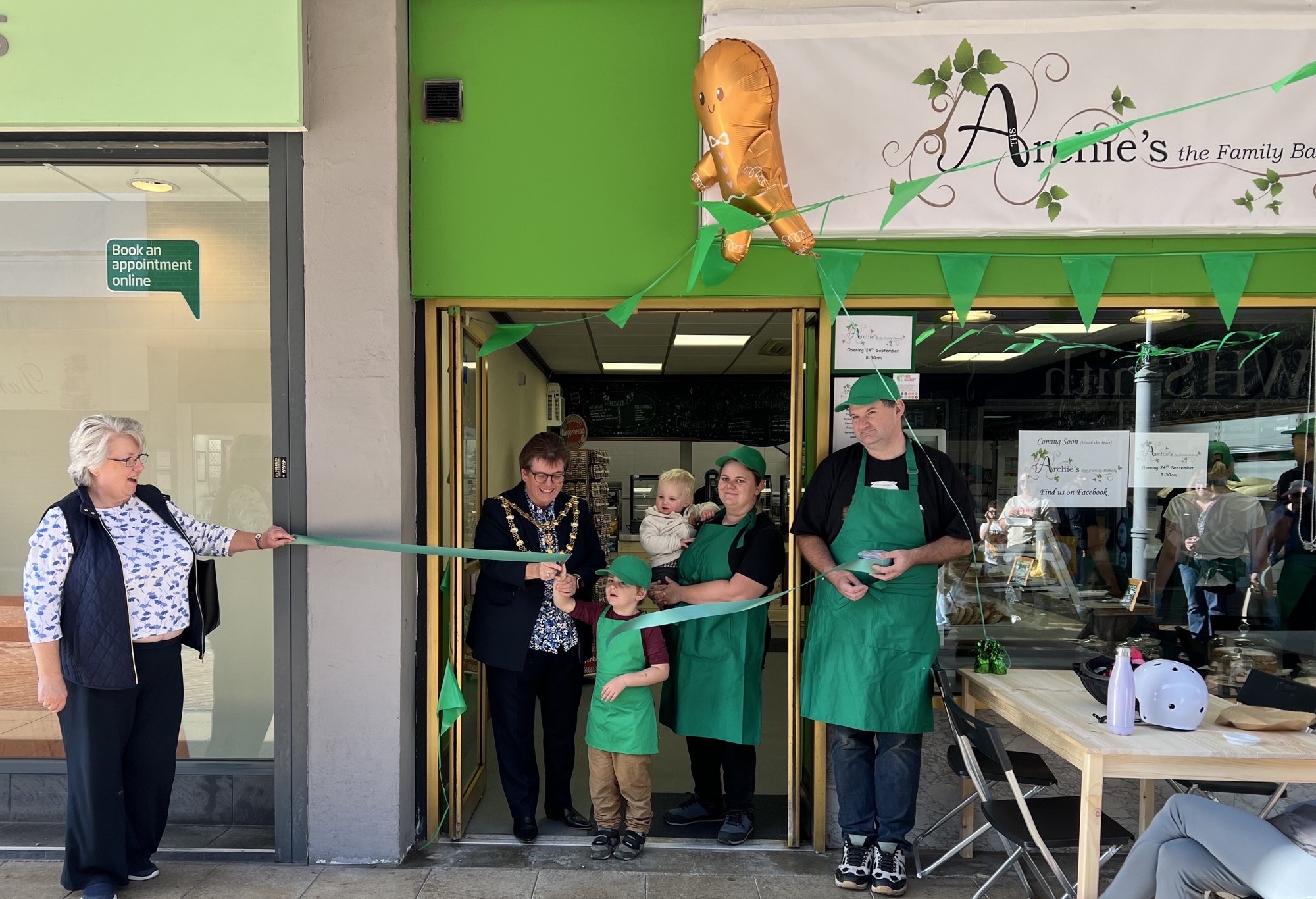 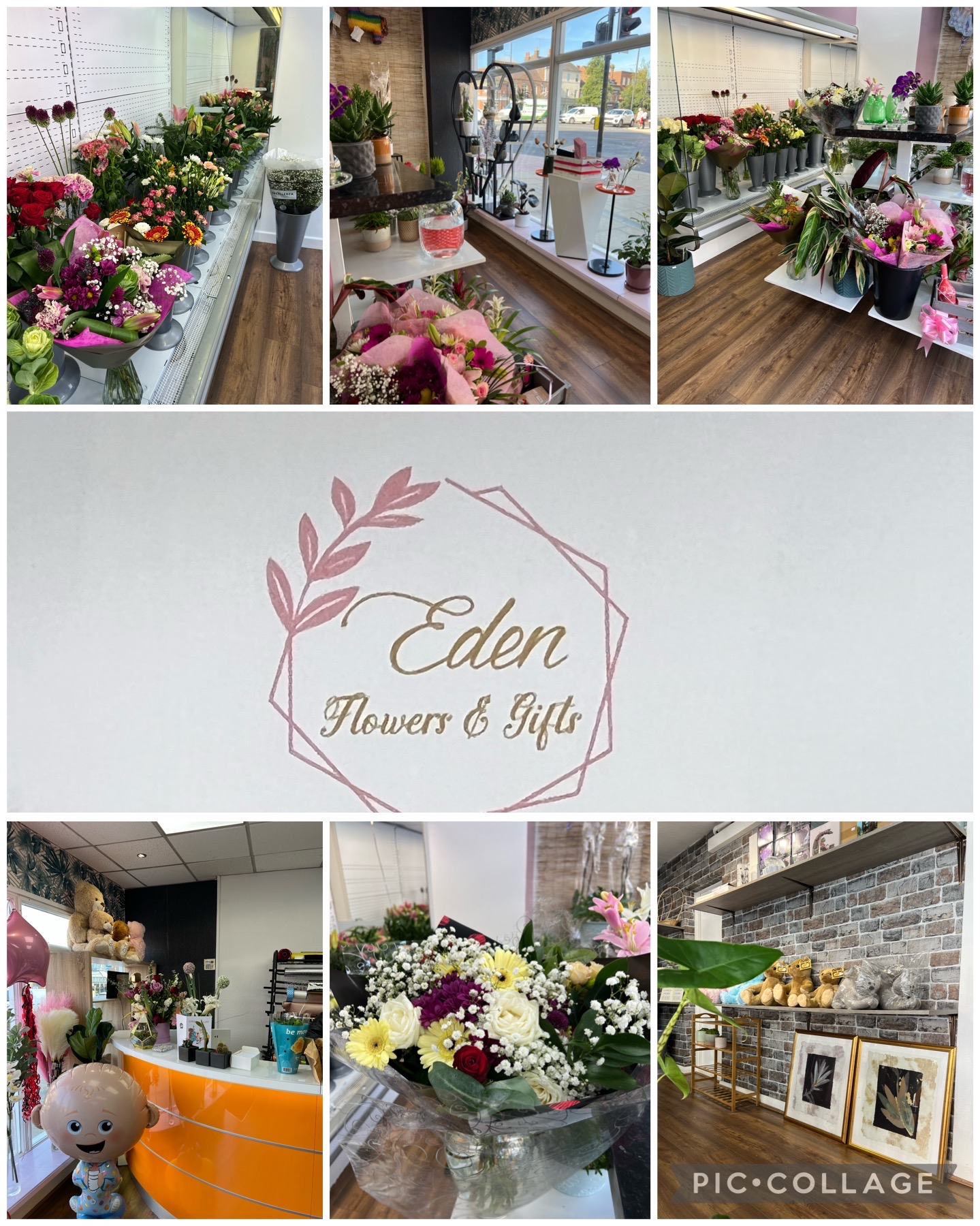 Saturday evening was a fabulous music night with the Shambles Band playing to an audience of over 150 people at the Methodist Church. 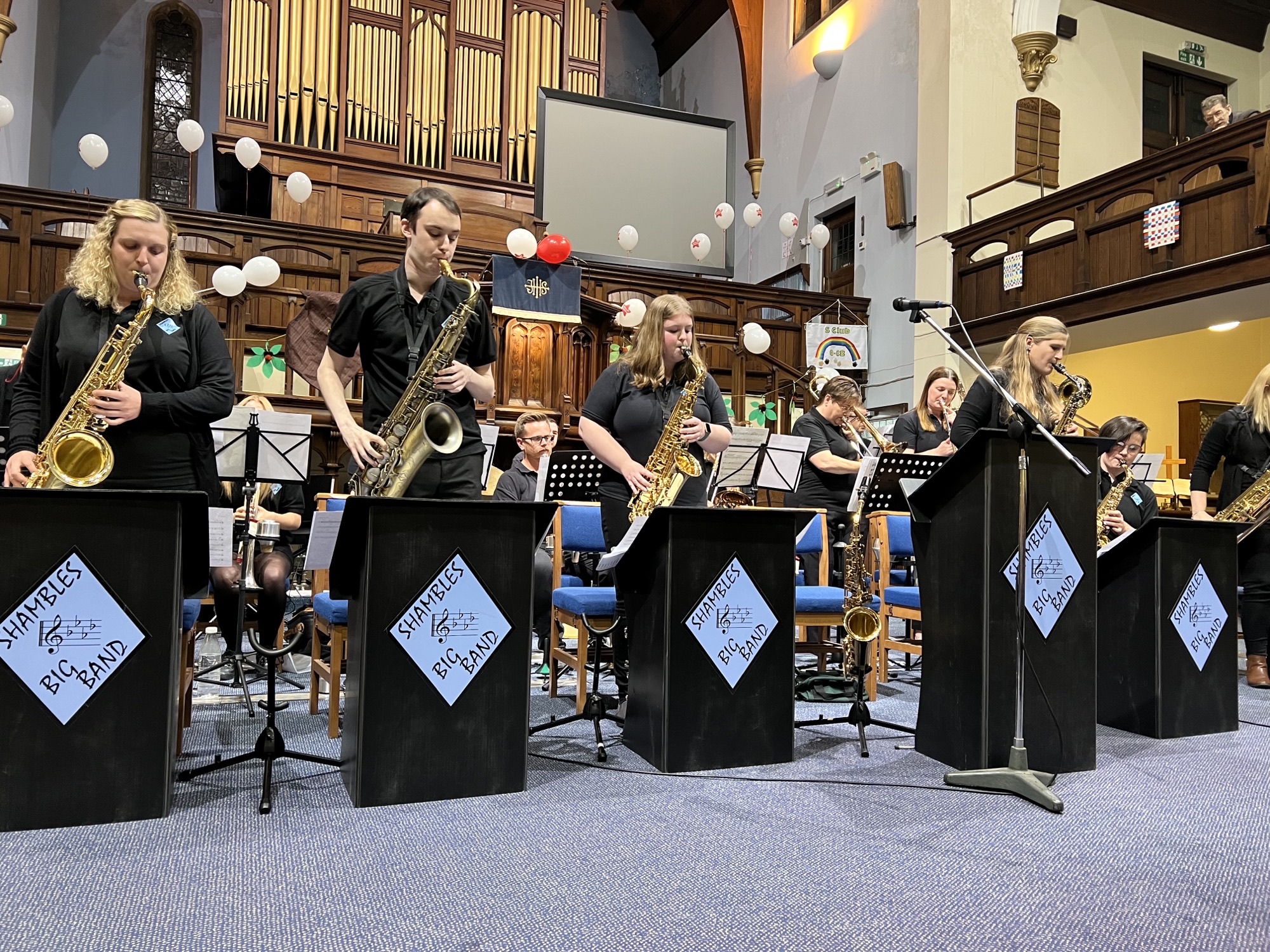 The Mayor’s week ended with attending the High Sheriff’s annual Justice Service in Bedford recognising those involved in ensuring Justice. A great turn out by other Mayors from across the County. 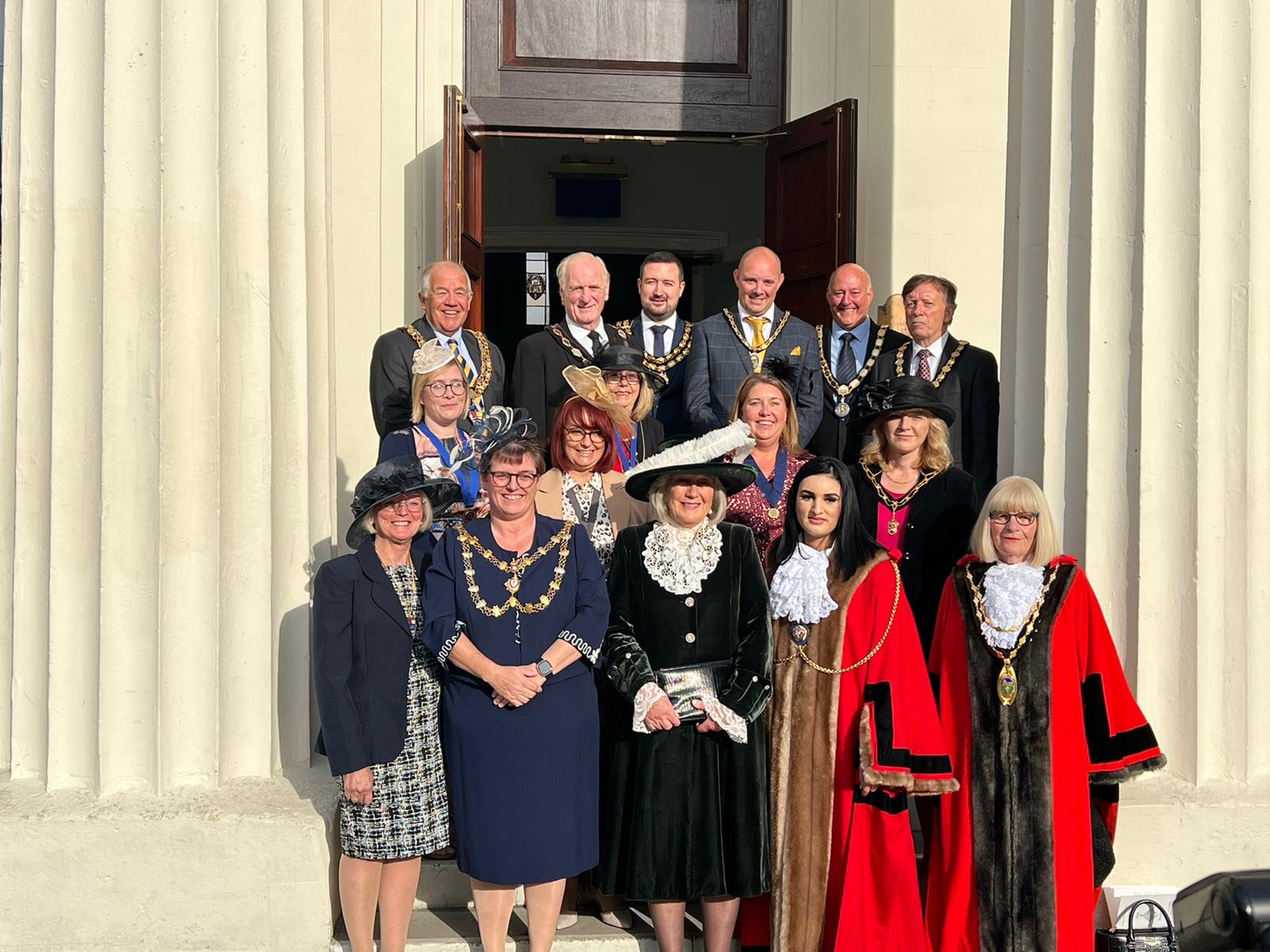 The week ahead see the Mayor’s golf day raising money for my nominated charities, as well as the Macmillan Coffee Morning challenge – so far 4 coffee mornings to attend in 6 hours; how many more can she fit in?!