The week started in celebratory style with Dunstable receiving 11 Awards at the Anglia in Bloom event at Orsett Hall, Essex on Wednesday. A gold overall for the town, alongside overall winners for several of our community projects at Priory View, Old Palace Lodge and St Augustine’s School. A great achievement by all involved in this year’s competition. We now await Britain in Bloom awards in October! 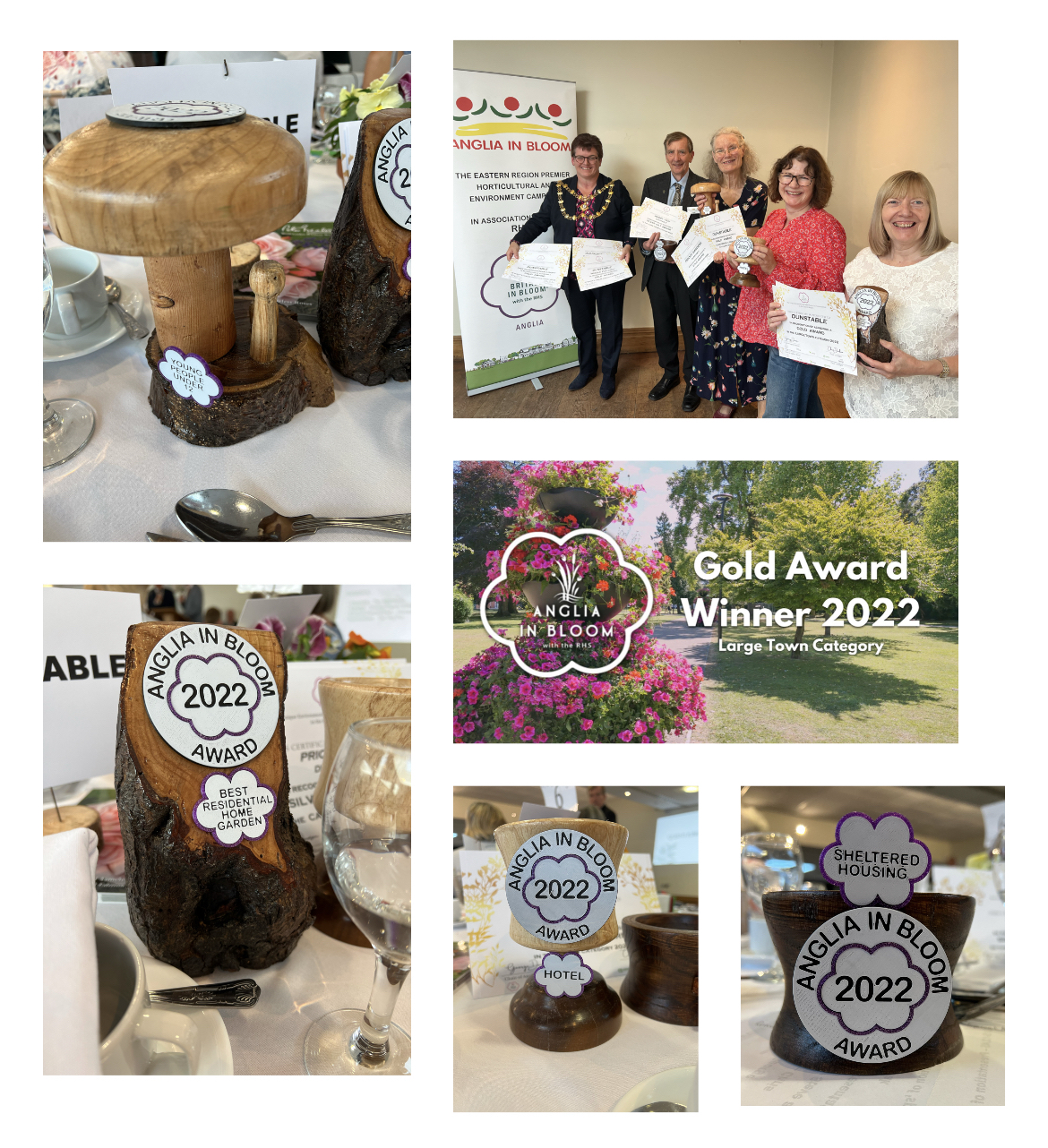 The last few days have been of very mixed emotions with the sad passing of Her Majesty Queen Elizabeth II on the 8 September 2022.

Cllr. Liz Jones delayed her holiday to be in the town to support the immediate reaction and steps needed to follow protocol. During this time, Cllr. Jones has taken so much from speaking with people that she has met who have come to show their respect. People of all ages with various levels of memories of her majesty, all keen to tell their story have expressed their sorrow.

“The reading of the Proclamation was very surreal, not something I ever expected would fall to me in my year as Mayor,” said Councillor Jones. “The gathering of residents in Grove Gardens on Sunday 11 September at 2pm for this to be read, and the walk through the town to the Priory Gardens where floral tributes were laid, with a stream of residents following myself and fellow Councillors will stay with me forever.” 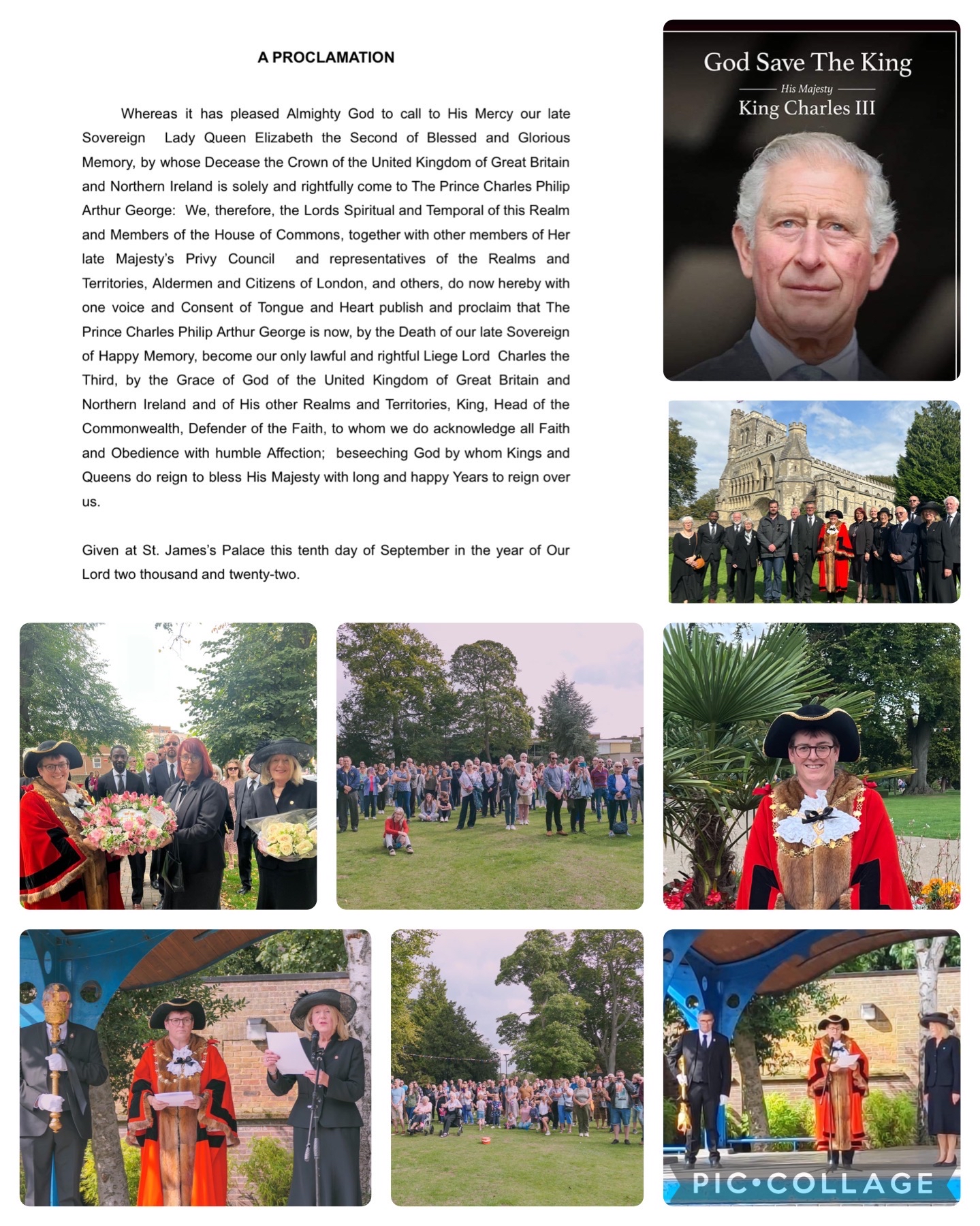 The next few days will see the town come together for Service of Thanksgiving for HM the Queen at the Priory Church of St Peter.

Out of respect, Mayoral events until after the funeral will continue but without the wearing of the Mayoral chain.