Over the last two weeks, Cllr. Jones has been visiting various organisations to see how they are continuing to support their user groups and offering invaluable advice and guidance.

The Town Mayor visited the Fire Station on their open day and was really pleased to see how well this was supported. A really good family event that showcased the fantastic work they do to keep us safe.

Cllr. Liz Jones has also taken the time to write to both AFC Dunstable and Hertford Town Football Club following the medical emergency on the pitch in a recent match, where one of the players suffered a cardiac arrest. “The quick reaction of both team physios and the use of a mobile defibrillator helped to save this young player life, and he is now on the road to recovery thankfully. The team at Creasey Park also handled the very difficult situation extremely well and those in the crowd were supported fully,” said Cllr. Jones.

On Sunday just gone, the Mayor attended, along with other Councillors, the new Starbucks who had organised a resident’s open morning and invited Councillors to hold a surgery to engage with residents. It was a good opportunity to listen to residents and provide some advice and support. 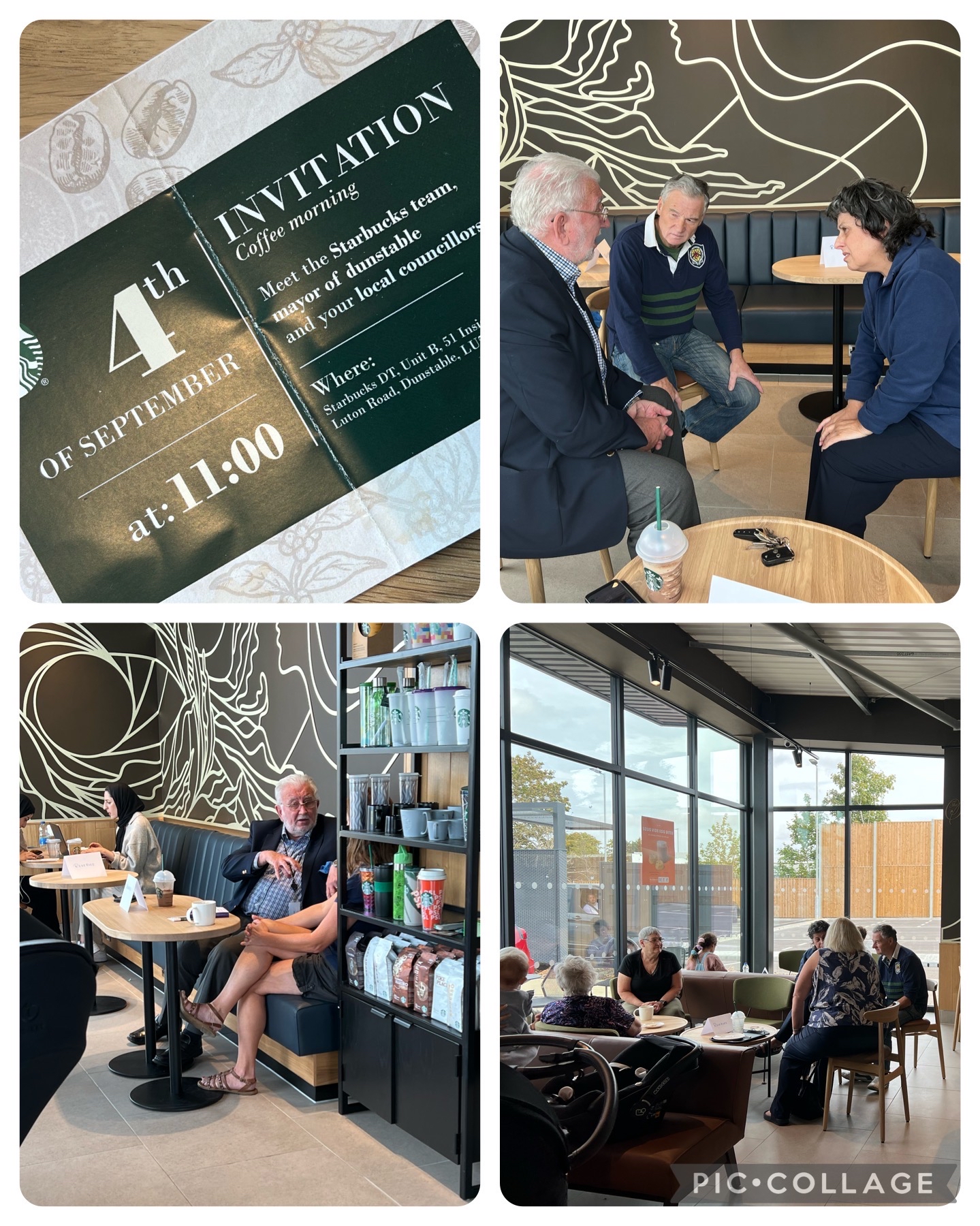 Cllr. Jones then celebrated her mother’s 80th birthday with family on Sunday afternoon while Cllr. Lisa Bird, as Deputy Mayor, attended on her behalf the Thanksgiving Service for HM Lord-Lieutenant Helen Nellis CVO, who has stepped down after 11 years in the post. Helen has sent a message to the people of Bedfordshire thanking everyone for their hard work throughout the years. 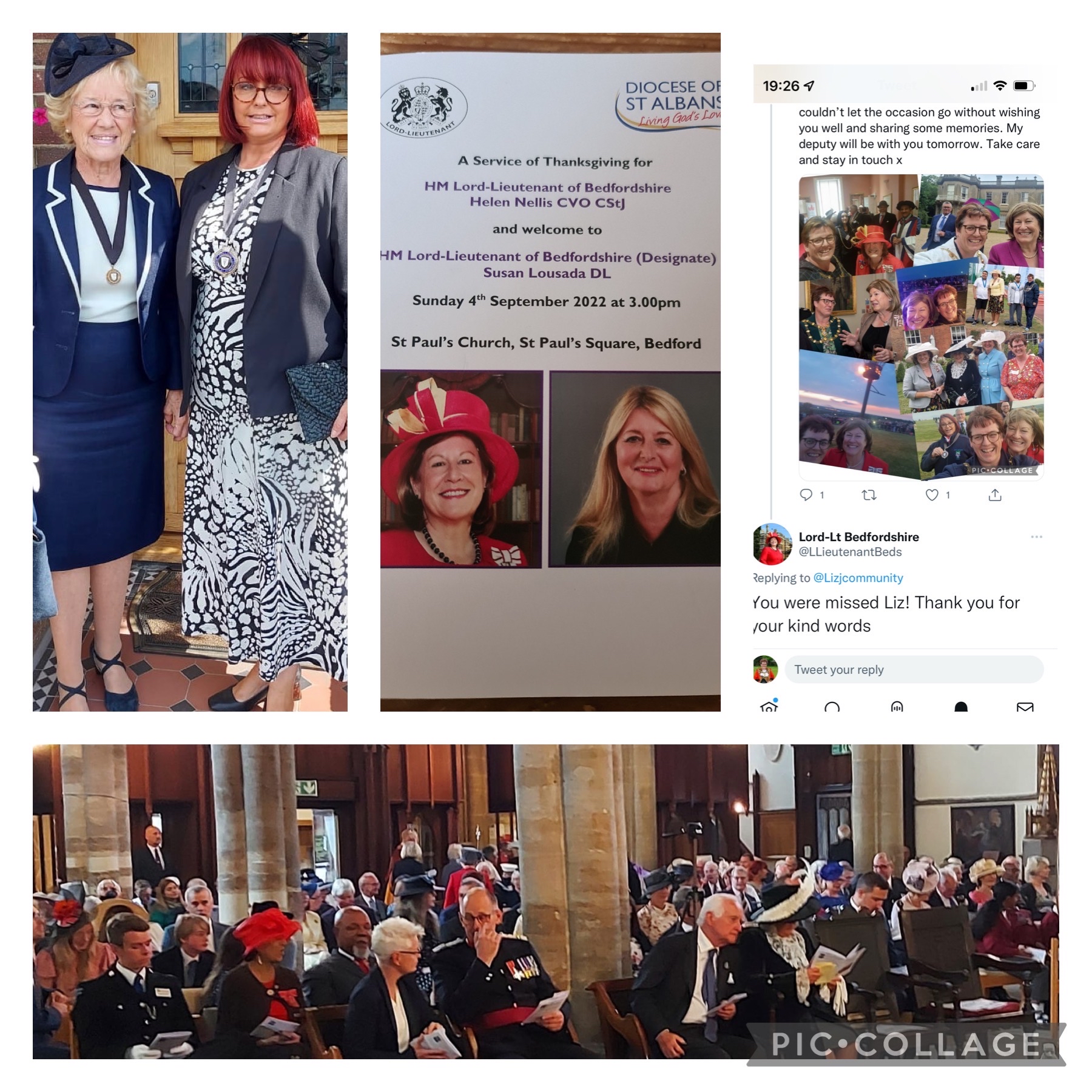 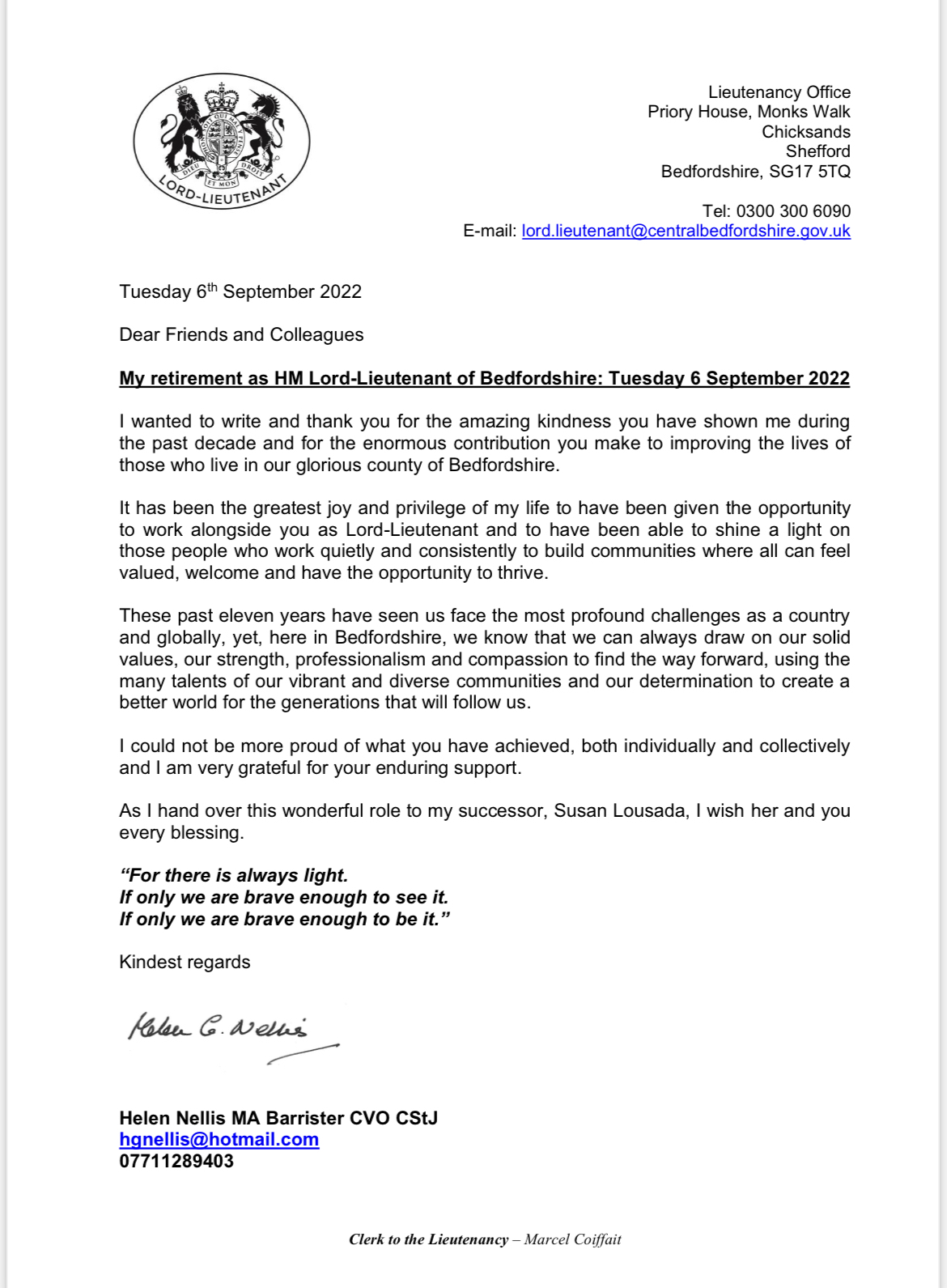 Cllr. Jones’ time has also been spent planning charity events between now and December and is looking forward to hosting a Golf Day on 29 September and the Swing Soul and Supper Night on 22 October. All are welcome to come along, and tickets are still available.

The week ahead includes the first of the In Bloom Awards events where we will find out if Dunstable has been successful in Anglia in Bloom this year.