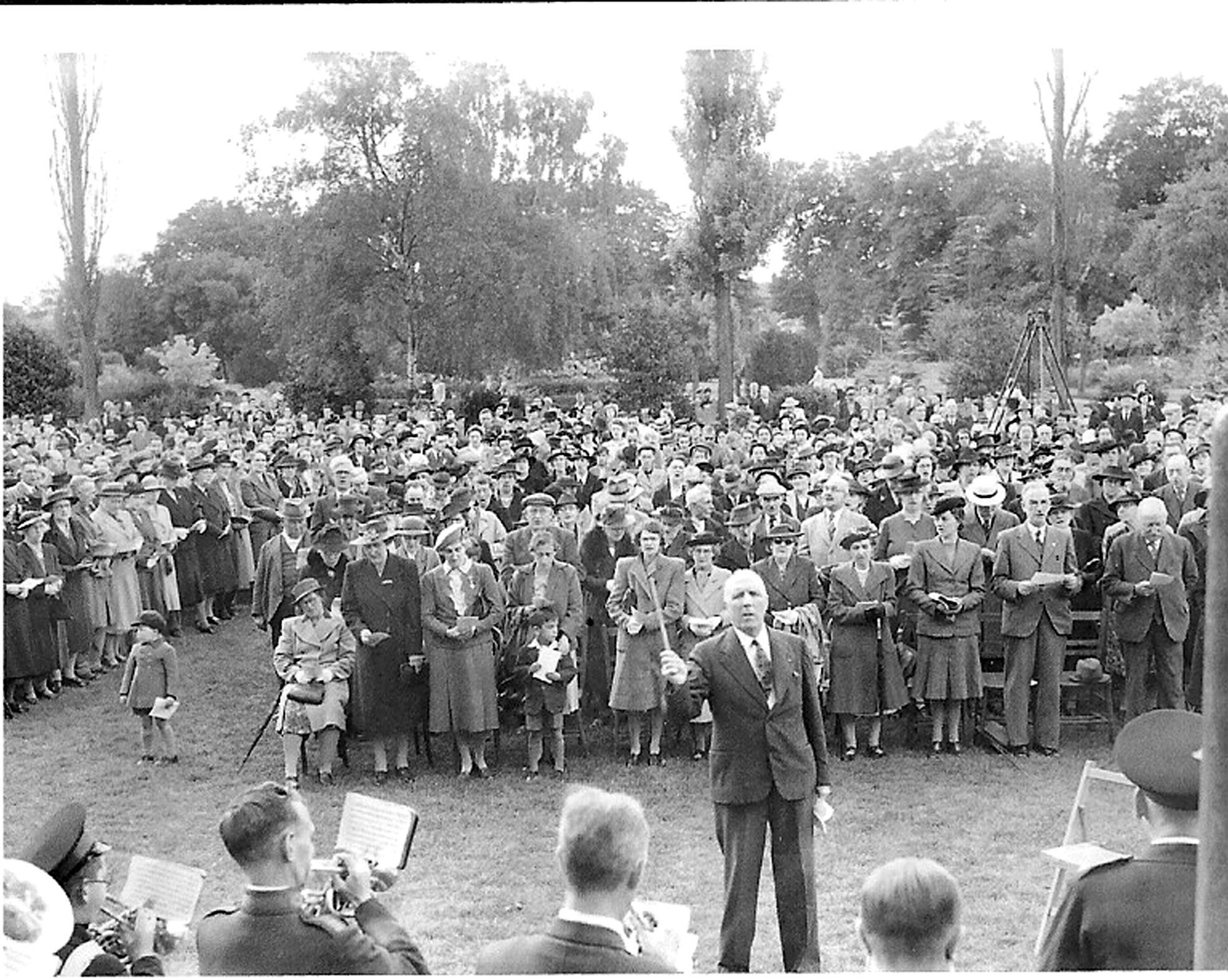 V-J Day is the day in 1945 when Imperial Japan surrendered in World War 2 effectively bringing the World War to a close. The website ve-vjday75.gov.uk allows you to explore ways to pay tribute to the second world war generation on VJ Day.

There will be a 2 minute Silence on Saturday 15 August at 11.00 a.m. Please also see the link to edition No. 54 of the Dunstable and District Local History Society which has an extensive article on ‘How Victory in Japan’ affected Dunstable because a number of local men had been in regiments that had surrendered to Japanese forces in 1943.

Dunstable had been particularly affected by the war in the Far East. Many local men had been captured during the battle for Singapore in February 1942 when serving with the Beds and Herts Regiment. Ominously, very little had been heard of them since and on VJ night many Dunstable families were not yet ready to celebrate. The Gazette’s front-page photo that week was of an open-air service held in Grove House Gardens, pictured here.

As survivors of the war were rescued from prison camps, future issues of the Gazette, week by week until Christmas, were filled with details about what had been happening. Some Dunstable soldiers been held in what is now Vietnam, two had been working in coal mines near Nagasaki when it was destroyed by an atomic bomb, some had been released by American paratroopers, others had worked on the notorious Burma-Siam railway.

Pte Joe Ashton, of High Street, Houghton Regis, was one of those who died in 1943 while building the railway. His parents received notification of his death after the Japanese surrender. Similar sad news arrived about Lance Cpl David Ebden, of Park Road, Dunstable, and Gunner R E Janes, of Hambling Place. Nothing had been heard about them since 1943.

But there was amazing news, after two years, about Gnr Jack Thompson, of Allenby Avenue, who was alive! His parents had been told previously by a survivor from a torpedoed Japanese transport ship that their son was dead. But this was another soldier with the same name.

Dunstable History Society is publishing numerous details in its newsletters about the effect on Dunstable of the end of the war against Japan. These can be read, free of charge, on the internet. Look for issues  number 54 and 55 in the society’s archive section on www.dunstablehistory.com 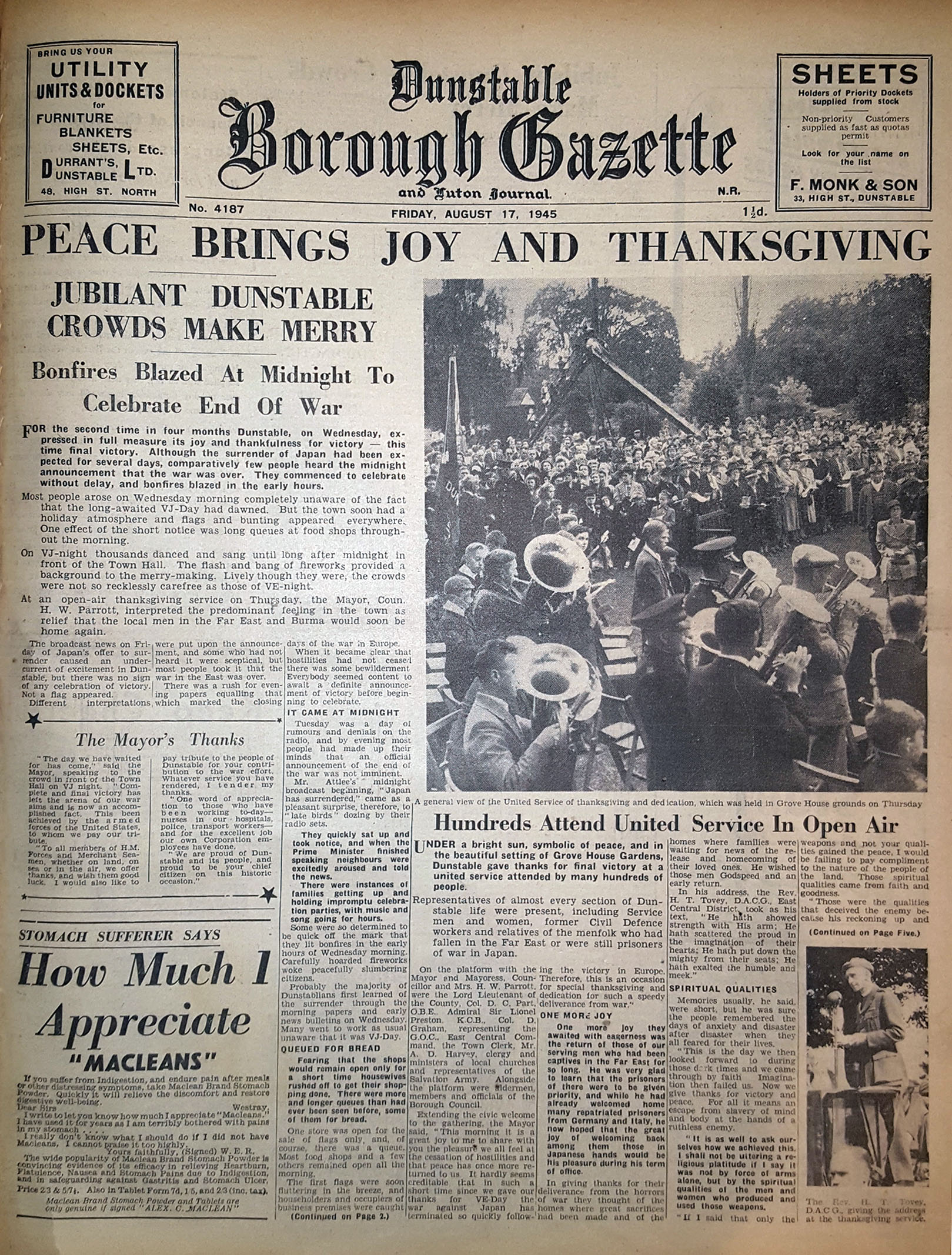